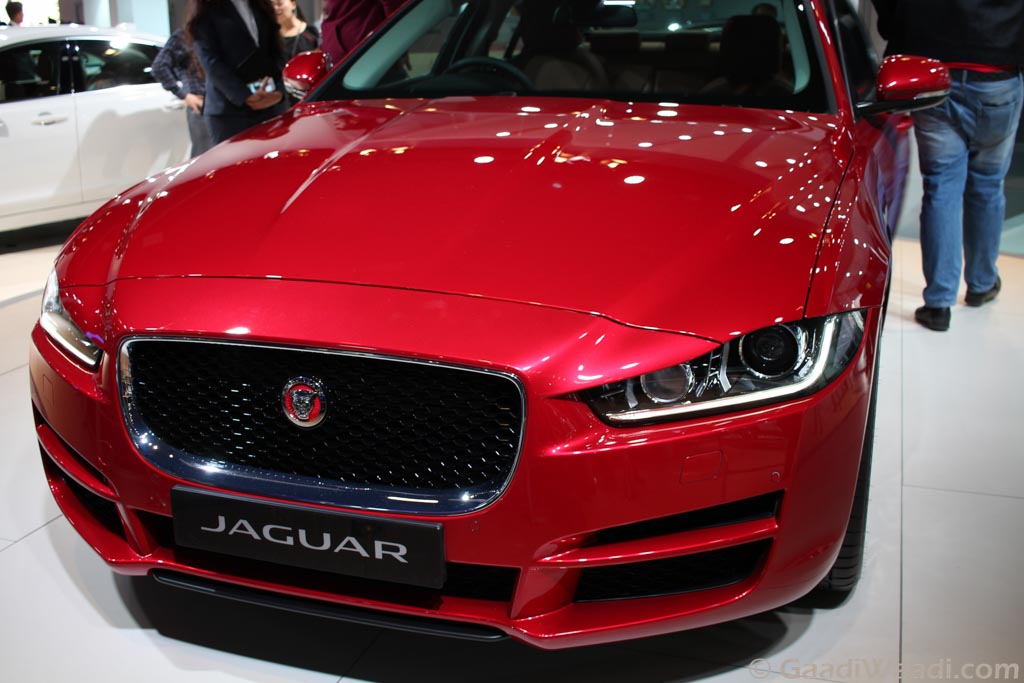 Jaguar trademarks I-Type and I-Pace terminologies; indicates electric vehicles from the British luxury car manufacturer in the not so distant future

The reports of Jaguar trade marking the new nomenclatures suggest that the Tata-owned company is not too far away from introducing its electric range of high performance and luxury vehicles. The world “I” is synonymous to the electric vehicles or greener, zero-emission future of the auto industry and Jaguar Land Rover’s move to get the patent rights of I-Pace and I-Type denote the significance the name carries yet again.

The new trademark applications from the British brand points that the top-notch automotive giants’ commitment for a cleaner fuel technology before the end of this decade as almost everyone has its own diversity in eking out the best from the battery and alternative fuel cell engineering. Jaguar Land Rover has its unique knack of pursuing things notoriously and the range of electric vehicles it is working on has long been coming into daylight. The firm is expected to release an electric SUV firstly and speculations are that it will be the one dependent on the highly popular F-Pace, showcased at the recently concluded Auto Expo 2016, and won over many critics and show-goers with its captivating appearance and mouth-watering mechanicals.

The electric SUV would more likely carry the I-Pace badge strapped with an electric powertrain. It will compete against the likes of the electric version of the Volvo XC90, Tesla Model X, Audi Q6 e-tron and perhaps the electric derivatives of Porsche Macan, Ferrari FF and Lamborghini Urus in the coming years.

Over to the performance sports car, Jaguar has the XK-R and XKR-S models along with the purely dedicated F-Type go-hard or go-home punter. The second trademark application directly hints at a electric vehicle successor of the F-Type model that could come with higher capacity battery for a performance-based power and torque range to rival against the likes of Ferrari La Ferrari, McLaren P1 and Porsche 918 Hybrid. Otherwise, it could be a tamed all-electric version focussing primarily on premium customers with weekend appetite for speed besides churning out higher electric range. There are plenty more possibilities to the I-Type including electric versions of the volume selling sedans like XE and XJ.

The trademark applications were filed for both the I-Pace and I-Type names in December last year and in January 2016 respectively. The known facts are that the electric SUV will be revealed in 2017 and deliveries will commence in the same year with design cues taken from the CX-75 two-seater hybrid-electric car that was initially conceptualised as running on two tiny jet turbines when debuted at the 2010 Paris Motor Show.

The production electric vehicle could give out a full-electric range of nearly 500 km whilst incorporating motors on each wheel. Jaguar Land Rover’s first all-electric model will be an SUV, which will be revealed next year before going on sale in 2017. It will incorporate styling flair from the C-X75 hypercar, and is expected to offer a range of around 300 miles. Just like the CX-75 which came as Jag’s 75th year birthday present for itself, the I-Pace electric SUV could be launched at the 2016 Paris Motor Show in October.

JLR has also been reported to buy Britain’s premiere motor racing circuit, Silverstone, for £ 25 million dollar deal which would help immensely in R&D of the electric vehicles in question. A third trademark application had also been filed for the Velar name, used for Range Rover prototypes in the late ‘60s. This hints at a luxury SUV from the off-roading specialists. The factory-led Formula E outfit announced last year would only catapult the Coventry-based manufacturer in achieving more from the EV technology.