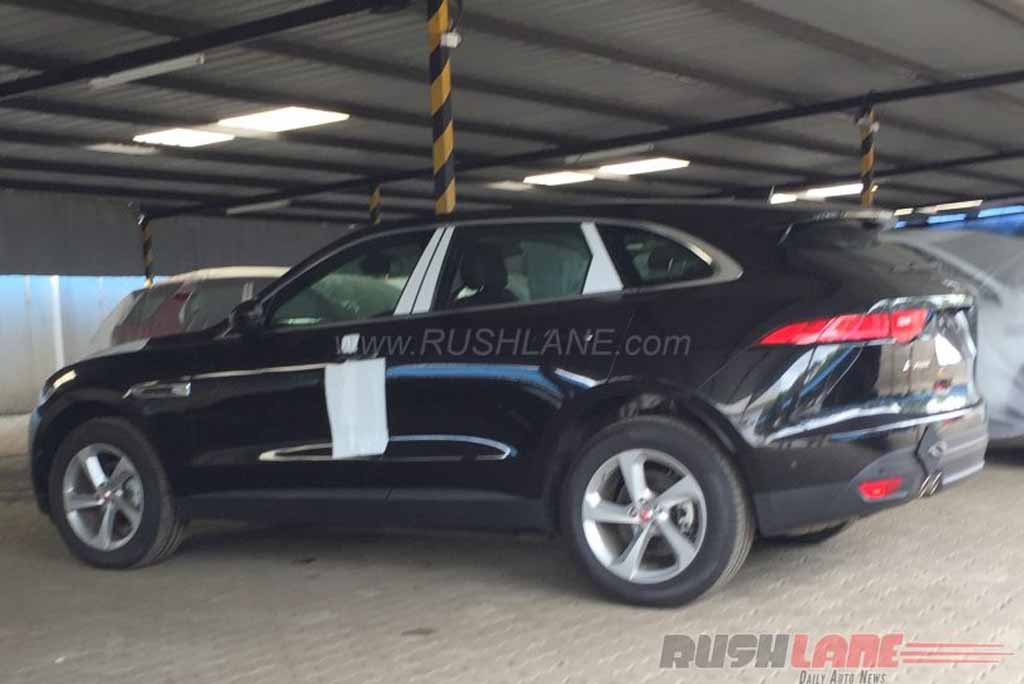 Jaguar F-Pace reaches India; first luxury crossover from the brand is more likely to be launched during the upcoming festive season

Jaguar F-Pace is all set to enter the Indian market soon. The first luxury crossover from the British auto manufacturer could be launched in India during the upcoming festive season. Ahead of the launch, the car has been spied at a dealerships stockyard in the country. The details of the car are already available in the British marquee’s Indian website.

The Jaguar F-Pace was unveiled at the 2015 Frankfurt Motor Show. The car comes featuring several design cues from its sedan siblings XE and XF. In 2013 he British auto major unveiled the C-X17 concept, which paved the way for the F-Pace. The car looks aggressive with its design. The front fascia sports sleek headlamp clusters featuring LED units and integrated LED daytime running lights as well. The Jaguar F-Pace shares the iQ aluminum architecture, which is seen in the Jaguar XE and XF as well. It makes the car pretty lightweight. The luxury crossover comes available in four different variants – Pure, Prestige, R-Sport and First Edition. The car will come getting power from two different diesel engine options. The F-Pace will run on 20 inch alloy wheels, and it will get an All Wheel Drive (AWD) system as well.