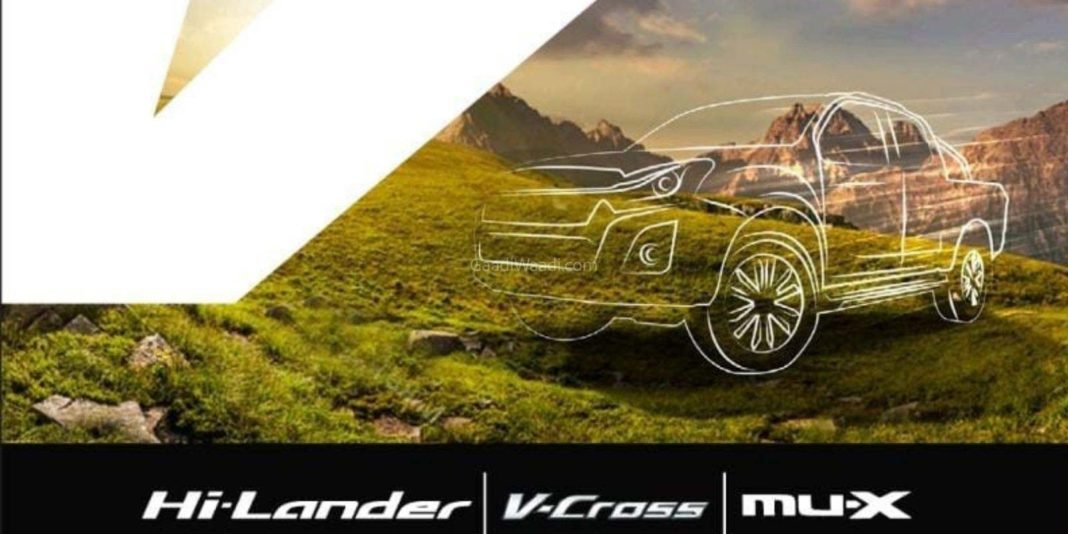 2021 Isuzu D-Max V-Cross will be offered in two variants and it will be powered by a 1.9-litre diesel engine producing 161 bhp and 360 Nm

Isuzu’s India division is gearing up for a trio of launches on May 10, 2021 at 12:00 noon for the domestic market as the updated versions of the D-Max V-Cross and MU-X along with new V-Cross Hi-Lander are being readied for debut with BSVI compliance. The 2021 D-Max V-Cross was spotted testing a number of times already and it was officially teased as well.

The biggest change will be the 1.9-litre four-cylinder diesel engine replacing the 2.5-litre diesel motor, and it produces a maximum power output of 161 bhp and 360 Nm of peak torque. The powertrain is linked with a six-speed automatic transmission only while a four-wheel-drive system is restricted to the top-end variant (shift on fly).

The 2021 Isuzu D-Max V-Cross will be sold in two variants namely Z 4×2 AT and Z Prestige 4×4 AT. On the outside, it gets bi-LED projector headlights, LED Daytime Running Lights, chrome ornamentation, 18-inch alloy wheels, seven different colour schemes and so on. Inside the cabin, it is equipped with a seven-inch touchscreen infotainment system with Apple CarPlay and Android Auto connectivity.

The upcoming 2021 Isuzu V-Cross Hi-Lander is a more premium version of the commercial D-Max S-Cab and it will appeal to private customers in large featuring higher ground clearance while speed limiter and steel wheels could be removed. Moreover, it could only be offered with a six-speed manual transmission linked to a two-wheel-drive system.

Late last year, the Japanese manufacturer introduced the new generation MU-X in the Southeast Asian markets with a host of changes inside and out. However, the one reaching India appears to be the same version that was previously on sale with added BSVI compliance. It will compete against full-sized SUVs like Toyota Fortuner, Ford Endeavour, Mahindra Alturas G4 and MG Gloster.

Judging by the spy shots that emerged on the internet earlier, there won’t be any noticeable exterior and interior differences in the BSVI Isuzu MU-X. The BSIV version used a 3.0-litre four-pot diesel engine developing 177 bhp and 380 Nm and it sent power to all four wheels through an automatic transmission. In the new-gen MU-X sold elsewhere, it makes 190 bhp and 450 Nm.