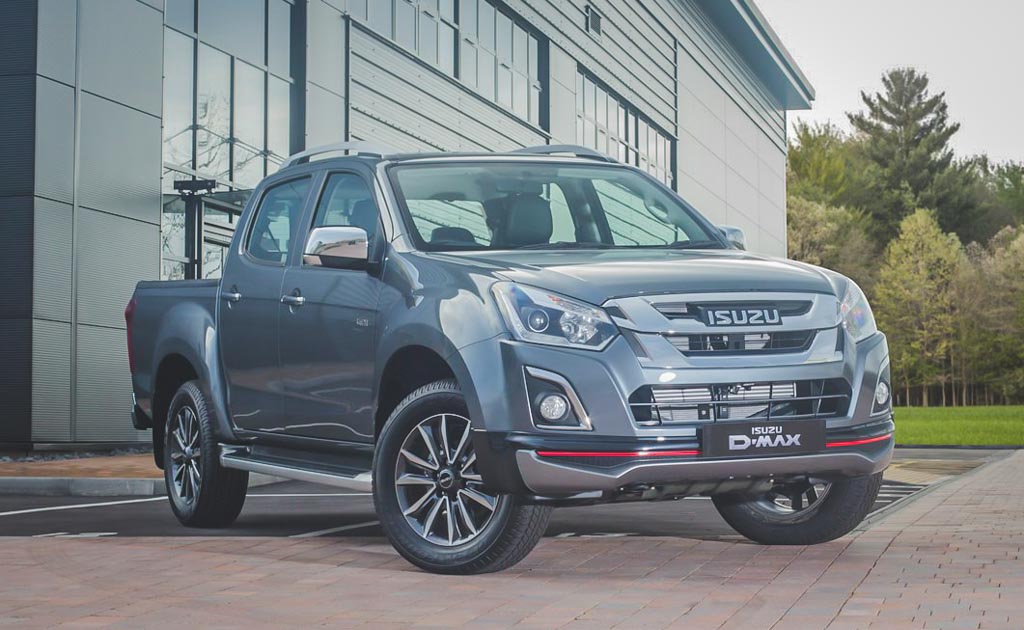 Isuzu has unveiled a brand new special edition of the D-Max V-Cross in the United Kingdom. Dubbed D-Max Utah V-Cross, its prices start from £26,199 for the manual transmission variant while the automatic version can be had for £27,199.

To create difference between the standard double-cab model and the special edition, Isuzu has introduced some additional features and cosmetic updates. Isuzu has restricted the production of the D-Max Utah V-Cross to just 100 units to maintain its exclusivity in the market.

The Japanese manufacturer has added a camera in the front bumper to monitor the frontal area of the pickup truck. It will help in easy maneuvering of the D-Max Utah V-Cross through tough surface conditions and the images will be projected on to the touchscreen infotainment system.

For the big utilitarian vehicle, the feature will also help in the ease of parking in tight spaces. Isuzu engineers have worked to further improve the convenience bits of the D-Max Utah V-Cross and thus provided front and reverse cameras by simply shifting the gears from first to reverse.

Another important inclusion is the wireless charger, which is located in the top glovebox. It gets a non-slip pad so that the smartphone can be kept in place without much movement. The most telling of differences come from the exterior as the Isuzu D-Max Utah V-Cross gains new front kit with grey skid plates.

Its upper portion has glossy black finish with a red strip running across the width. The standard wheels have been ditched in favour of newly designed 18-inchers and they add special character to the pickup truck with diamond cut twelve-spoke design.

Isuzu will start delivering the D-Max Utah V-Cross from January 2019 onwards in the UK. The limited edition follows the D-Max Utah Luxe that was presented in August 2018. The facelifted version of MU-X was only launched in India in October 2018 with several changes to rival Toyota Fortuner, Ford Endeavour and Mahindra Alturas G4.