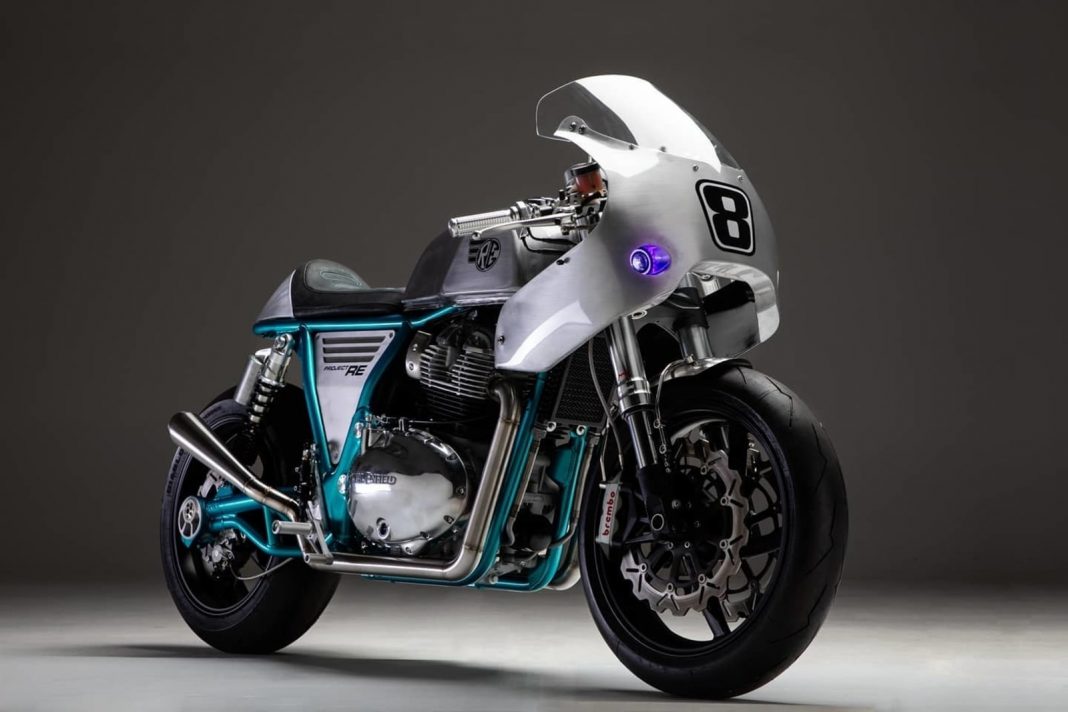 Royal Enfield motorcycles are extremely popular among custom builders, not just in India, but overseas as well. Plenty of workshops in foreign countries have been flaunting their modified Royal Enfield bikes online, and most of these project builds are exquisitely crafted, pretty-looking machines.

Here we have one such beauty, built by Rogue Motorcycles, a custom garage based in Australia. This modified RE Continental GT650 sports plenty of noteworthy changes, and the end result is absolutely brilliant. At the front, we see a custom-built half-fairing, with a round visor and integrated LED lights. The bike also gets thick USD front forks (adjustable), along with a shorter front fender.

The motorcycle also gets a new triple-tee and new clip-on handlebars. The stock twin-pod instrument console has been replaced by an aftermarket unit, and the front fairing gets additional braces as well. The fuel tank has a sanded-down appearance, and it gets a new filler cap. Moving further back, we see a custom single seat (black with blue stitching), and a sporty rear cowl. 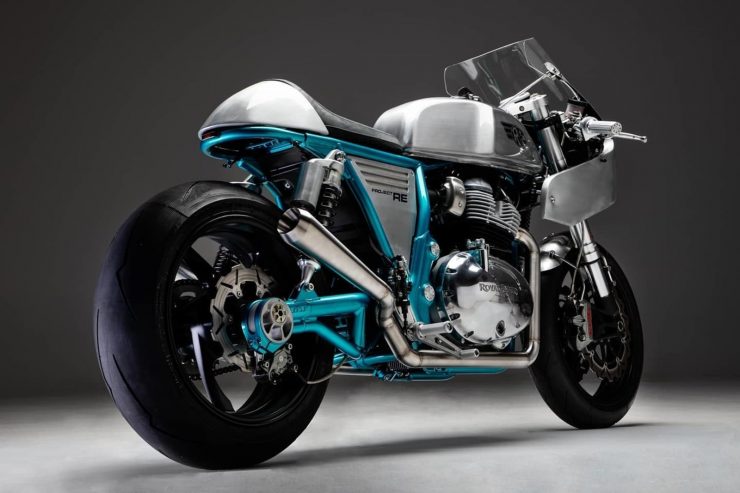 The motorcycle’s frame has been painted light blue, which looks brilliant against the metallic silver body. Also, the frame has been shortened at the tail-end, and a tiny aftermarket LED brake light has been added here. The swingarm is custom-built and looks way better than the stock one, and we also see new side panels here.

We also see a pair of new free-flow exhausts here, which are sure to sound loud in real life. The motorcycle also gets custom handlebar grips, footpegs, gear lever, and rear brake lever. The braking system has been updated with twin petal discs on the front wheel and a single petal disc at the rear, with Brembo callipers. 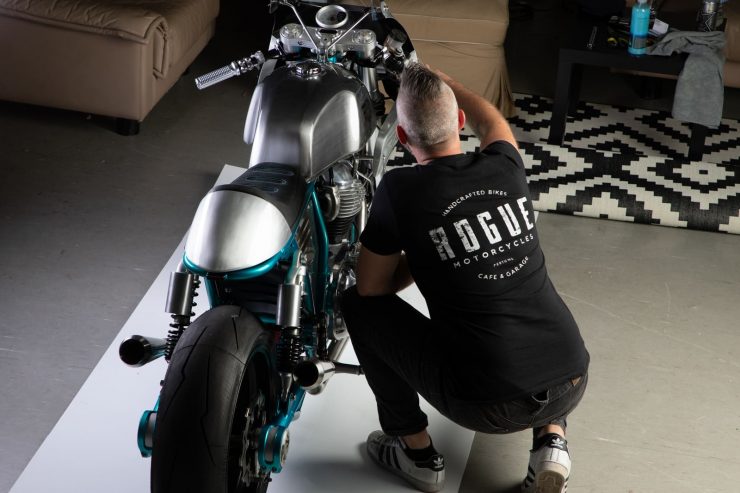