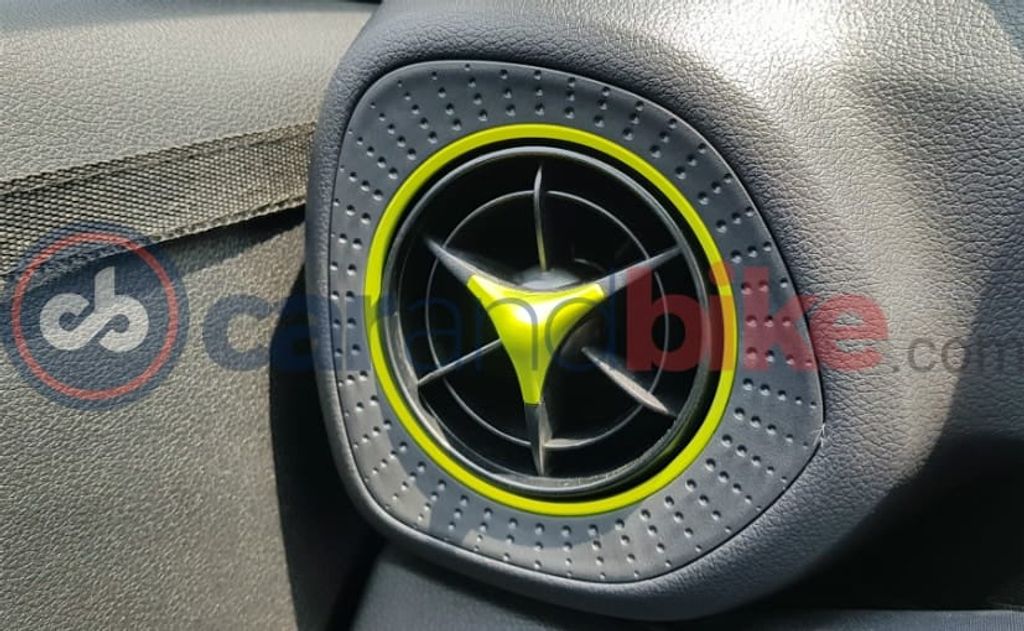 The new 2018 Hyundai Santro will officially enter the market on October 23; bookings open online for Rs. 11,100

The soon-arriving hatchback will be sold in a funky Diana Green colour, which is basically a flourescent green shade that will help you stand out from the rest of its rivals due to its eye-catchy finish. Choosing the exterior shade will enable a colour co-ordinated cabin with several elements accentuated in green.

The spy pictures indicate the interior details of the Diana Green paint scheme. The snapped variant was top-end Asta as the new Santro will be sold in five grades. The green touches can be seen surrounding the central air vents as well as touchscreen controlling knobs, around the AC vents on either side as well as on gear lever console.

The seatbelts will also have green finish to add sportiness and the high-spec model will have dual airbags and ABS with EBD as standard. The whole theme of the cabin is black with good use of plastic all around that do not feel cheap. The seats are upholstered in black as well and in this paint job’s case, the contrast green stitching is another highlight.

As we have already had a taste of the new Santro, we can reveal that the fit and finish is as good as any other Hyundai you could see in the affordable space. The factory-fitted CNG option will also be available in Magna and Sportz trims. The other six colour schemes that will be available in the 2018 Santro are Typhoon Silver, Stardust Grey, Polar white, Marina blue, Fiery red, and Imperial beige. 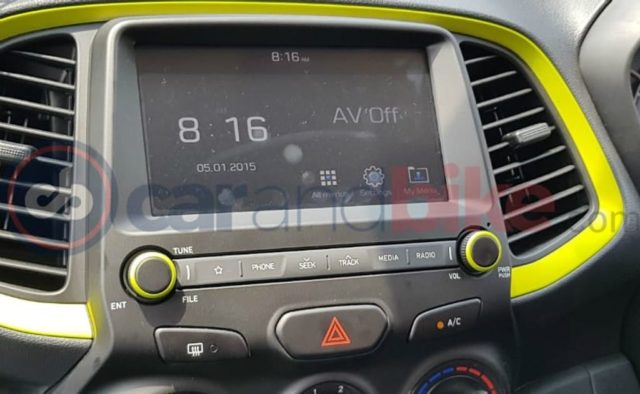 It will officially go on sale on October 23 and is based on 63 percent high strength steel construction. Customers can pre-order the new Santro online for Rs. 11,100 and it will be offered in petrol and CNG choices. The 1.1-litre four-cylinder petrol engine produces 69 PS and 99 Nm torque and is mated to a five-speed manual transmission as standard.

It can also be had in Hyundai’s five-speed AMT which is expected to contribute 25-30 percent of the Santro’s sales. The CNG option, on the other hand, develops 59 PS and 84 Nm and is rated to deliver 30.5 km/kg helped by the five-speed manual ‘box. The introductory price of Rs. 3.87 lakh to Rs. 5.35 lakh (ex-showroom) will only be there for first 50,000 customers.