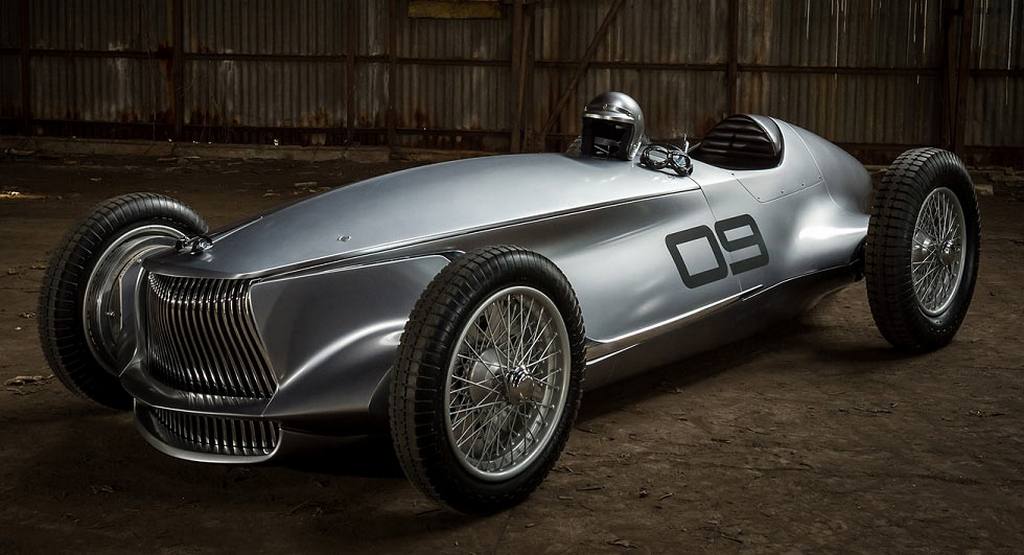 Infiniti, the luxury sub-brand of Nissan, has unveiled pictures of the mind blowing Prototype 9 concept. Set to make its first public appearance at the Pebble Beach Concours d’Elegance, the pictures coming in courtesy of Motor Trend has left us admiring the beauty of the retro conceptual study. Looking at it, you would be misled for the vintage Formula One cars of the 1950s.

Nevertheless, it is a modern interpretation of the timeless classics of the past that shaped the automobiles we now know of. On the outside, it has a limited exterior but the body panels are handcrafted in aluminium and the rear has an aerodynamically efficient tear-drop shape. The open-wheeled concept has a traditionally restrained cockpit and the erstwhile big wheels that are tall instead of being wide. 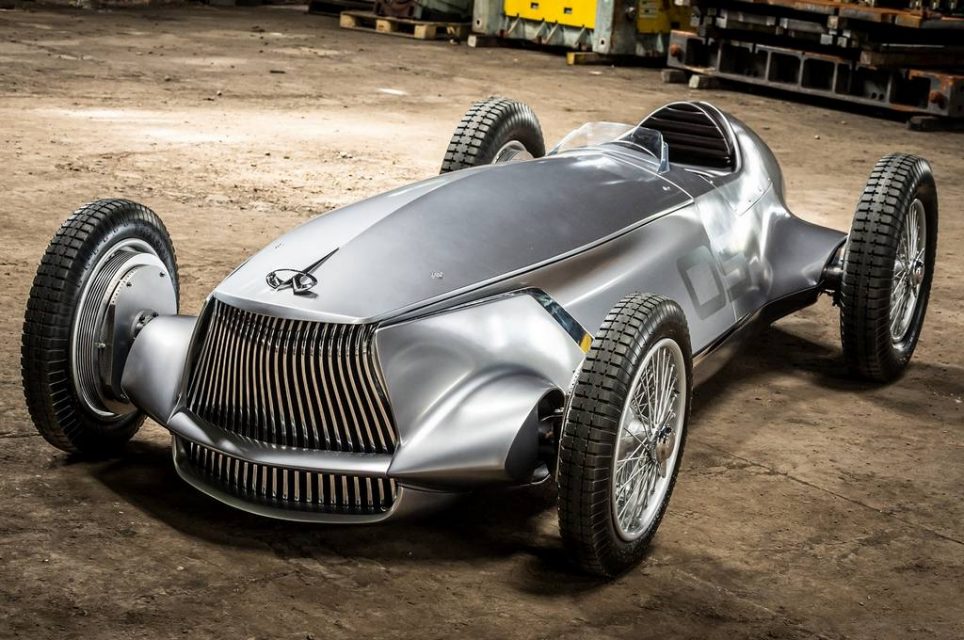 The nose section reflects the signature bulged-out grille portion of Infiniti with slender vertical lines. The hood curves in from outside the cockpit to the tip of the nose where the brand’s badge is placed. It might feel odd especially if you had noticed the Red Bull F1 cars where the Infiniti symbol used to be a mainstay.

Do not get fooled by the retro-based exterior though as the Prototype 9 has advanced wizardry hidden underneath. It is rumoured to have a powertrain based on the upcoming Nissan Leaf. The electric motor mounted at the rear gets power from a 30 kWh battery pack and develops 148 horsepower and 320 Nm of peak torque. 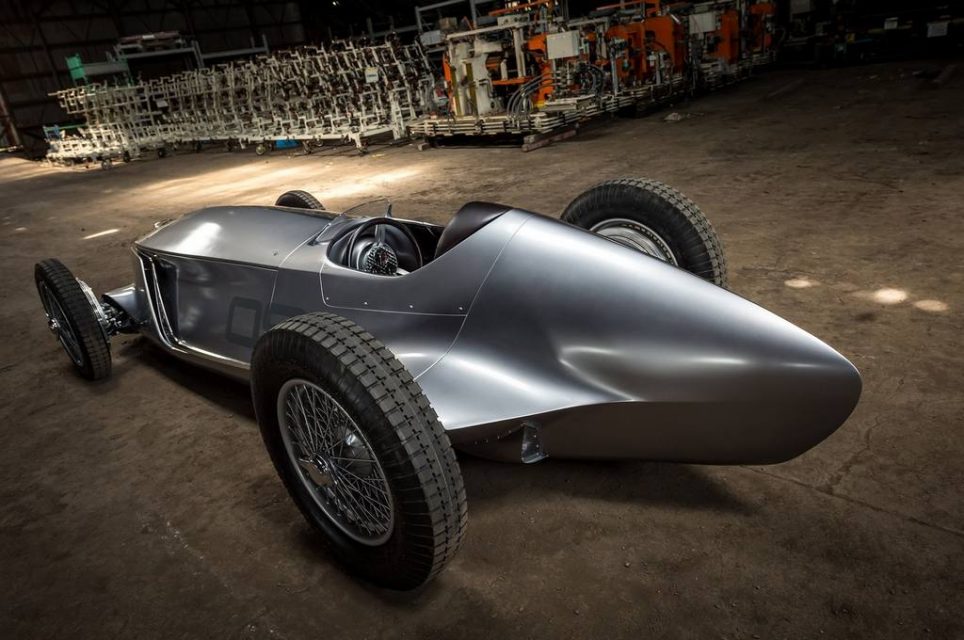 It might not be a big deal considering the development of modern day battery packs but the concept tips the weighing scale at just 890 kilograms. With a good power to weight ratio, the Project 9 is claimed to accelerate from zero to 100 kmph in just 5.5 seconds before hitting a top speed of 168 kmph – which could have been much higher for being a race-bred machine.