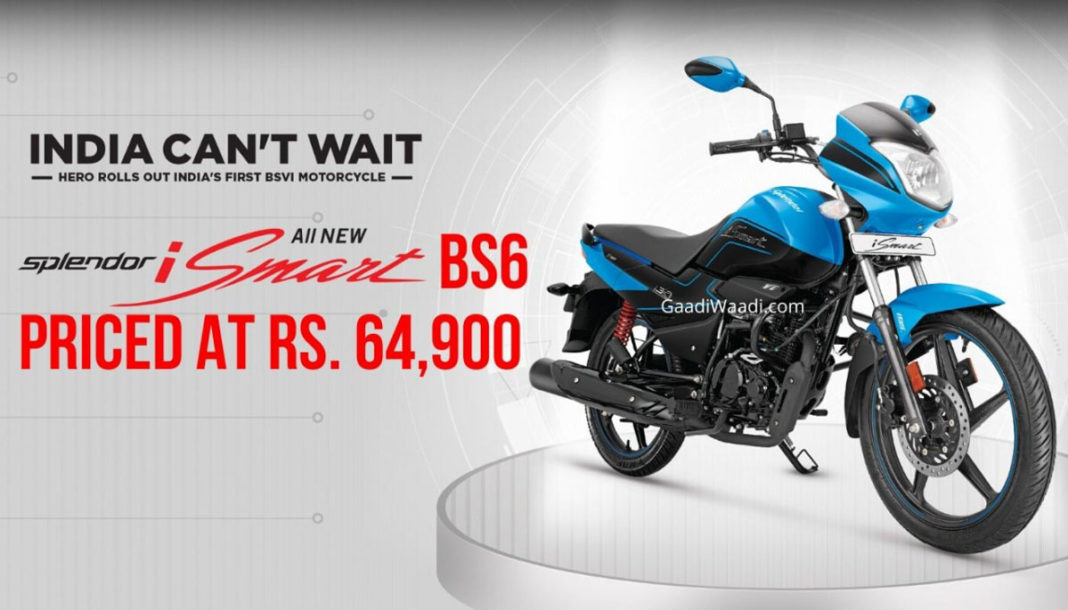 Hero Splendor iSmart has become the first motorcycle in India to adhere to the BS6 emission standards and is priced Rs. 8,000 more than outgoing model

Hero MotoCorp announced only yesterday that it would be introducing its first BSVI compliant model in the Indian market and it did not come as a surprise considering that we are less than five months away from the stringent emission standards coming into effect across the board.

The largest two-wheeler manufacturer had revealed earlier in the year that the Splendor iSmart had become the first motorcycle in India to receive BSVI certification. Now, it has been launched in India with a price tag Rs. 8,000 costlier than the outgoing Splendor iSmart at Rs. 64,900 (ex-showroon, New Delhi).

The BSVI Splendor iSmart gets a slightly bigger engine – 113.2 cc compared to the 109.15cc engine of the outgoing version with fuel-injection technology. The powertrain appears to have been redesigned. The increase in engine cubic capacity did not up the power output though as it is in fact down from 9.5 hp to 9.1 hp at 7,500 rpm.

It is made available in three colour options – Red, Blue and Grey. The new 2020 Hero Splendor iSmart continues with the patented i3s technology alongside microchip calibrated fuel intake and BSVI powered engine that is claimed to reduce sulphur emissions by 80% and NOx emissions.

The fuel injection system has six sensors for precise fuelling and the engine produces 10% more torque than the outgoing motor. The air-cooled four-stroke unit with programmed Fi having 9.7:1 compression ratio and 50×57.8 bore and stroke develops 9.89 Nm at 5,500 rpm. 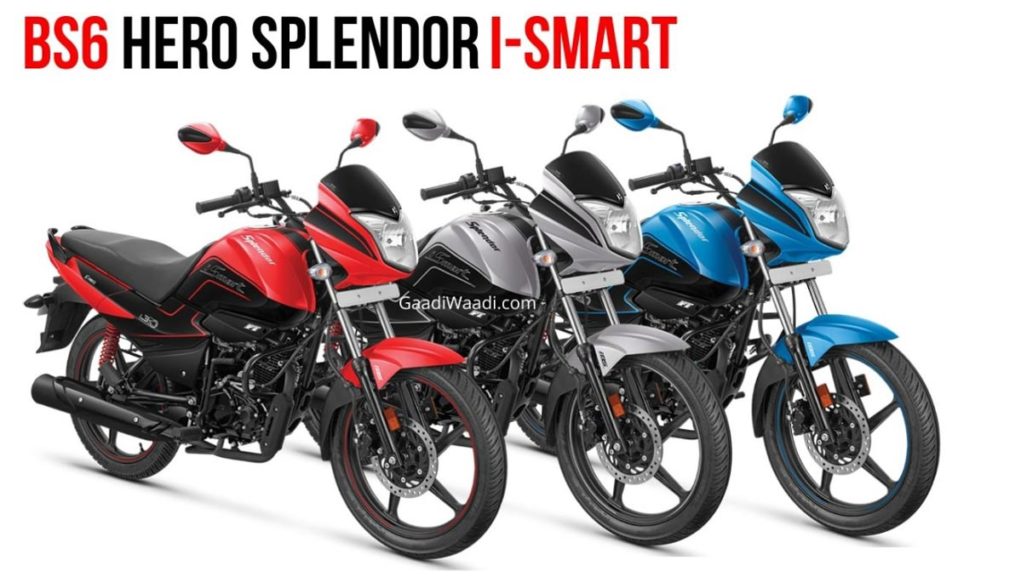 While no notable design changes have been made, Hero claims that the new Splendor iSmart gives smoother ride courtesy of the manifold air pressure sensor and instant throttle response via throttle position sensor. The digital fuel injector and oxygen sensor are said to give better fuel efficiency as well. 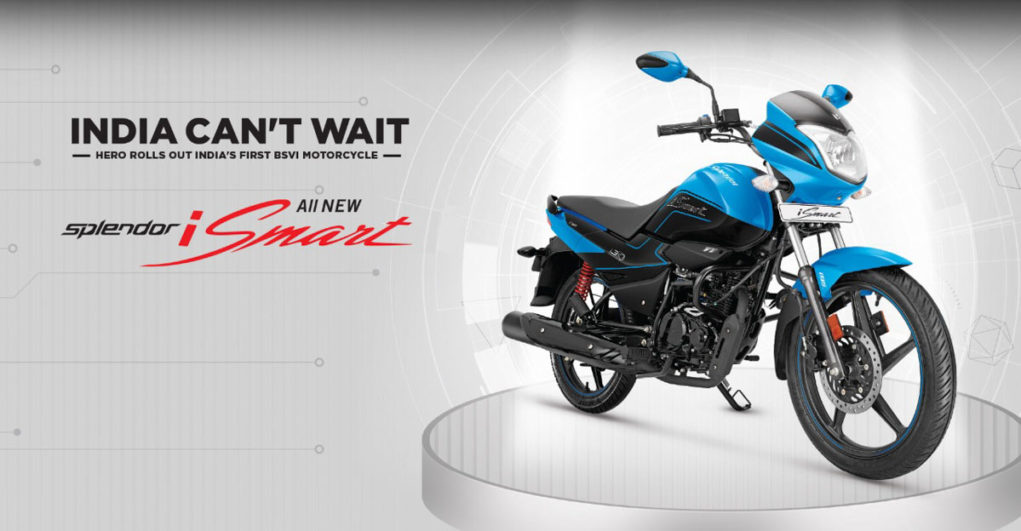 The engine oil temperature sensor is there to improve engine life while an air inlet temperature sensor is for easy start during all weather conditions and the bank angle sensor for improved rider safety. Hero further claims that the iSmart BSVI is based on a new 110 cc platform with diamond frame for better handling.

The headlamp brighness has also been increased according to Hero. Some of the Hero Splendor iSmart BSVI have been received by dealers in early September itself and over the course of next three to four weeks, it will be available across the country.