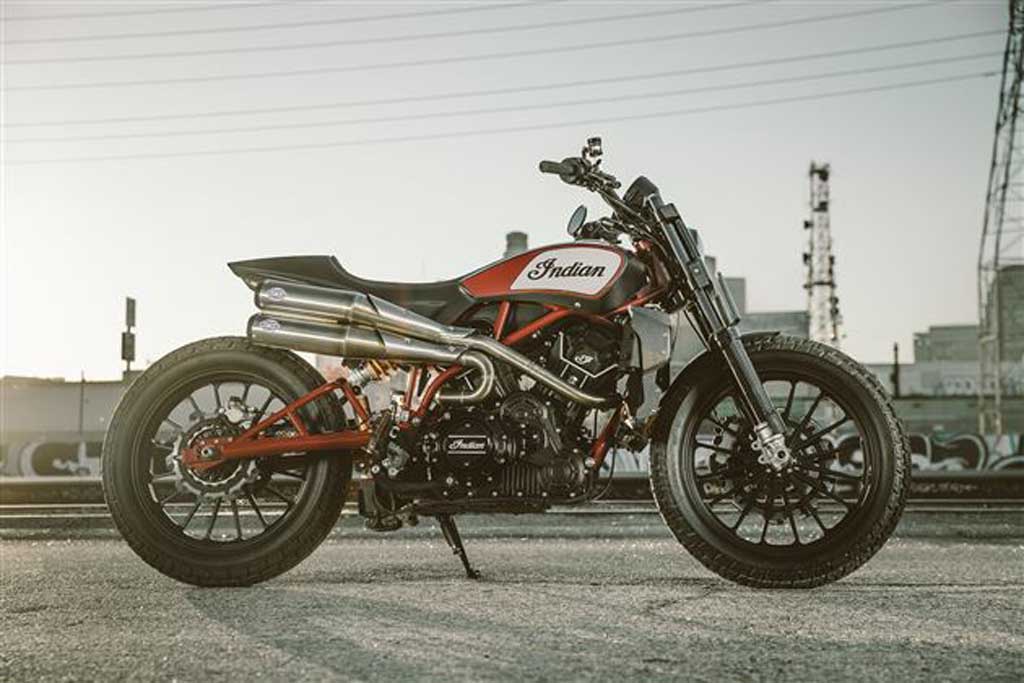 Indian Motorcycles has unveiled the Scout FTR1200 Custom streetbike concept at the2017 EICMA in Milan that celebrates the motorcycle maker’s recent success on race track with the FTR750 purpose-built flat track race bike. The Indian Scout FTR1200 comes with direct inspiration from the FTR750. Not only a tribute to the racing team comprising Jared Mees, Bryan Smith and Brad Baker; the new FTR1200 also previews what the brand can unveil in near future to expand its product portfolio.

Ever since Indian FTR750 debuted, there was huge pressure on the motorcycle manufacturer to back it up with a production model and the FTR1200 comes as part of an attempt to respond to that demand. While the brand is tight lipped about the details of this model’s production by only revealing that it is only a celebratory product, we can assume the brand would roll out the FTR1200 in a limited number. However, that’s our speculation only. The 200 kg weighing motorcycle comes blending retro stance with aggressive powerful character. It draws energy from a 1,133 cc V-twin engine that is capable of churning out 94 bhp of peak power at 8,000 rpm. If the brand decides to launch it commercially, India is very unlikely to be in the list of markets to receive that.

Up front, this motorcycle features LED headlamp ensuring a strong illumination, while the flat handlebars along with lowered positioned seat and ergonomic overall design ensures a comfortable and sporty riding posture with great control over the machine. 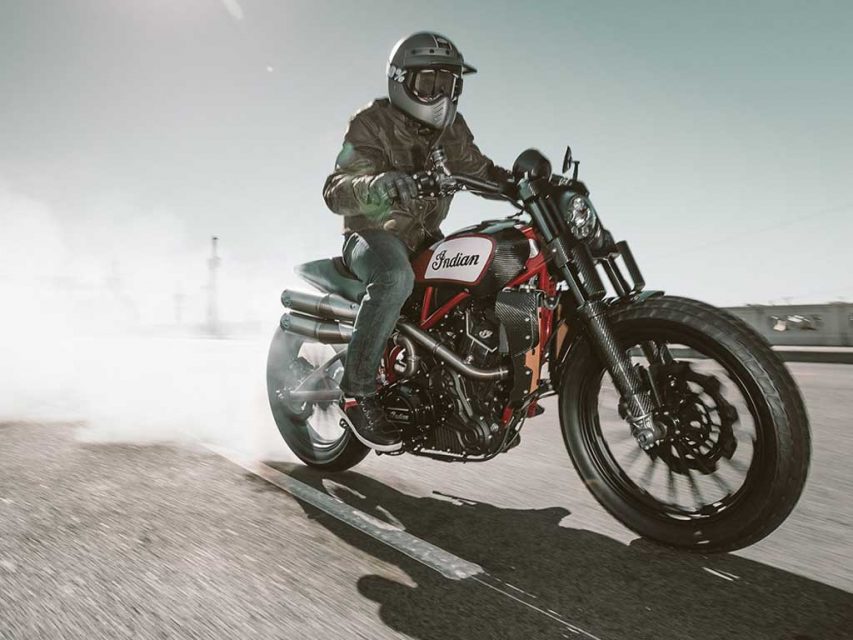 Also read: KTM 790 Duke Could Launch In India In 2019 With Competitive Pricing

The fuel tank clearly bears the resemblance with several Indian Motorcycles models. A blackened and naked engine block with twin barrel chrome finished exhausts enhances the boldness of this model. It runs on multi-spoke blackened alloy wheels with both wheels getting disc brakes for stopping power. The minimalist approach in terms of designing brings a retro look and aggressiveness to this motorcycle.