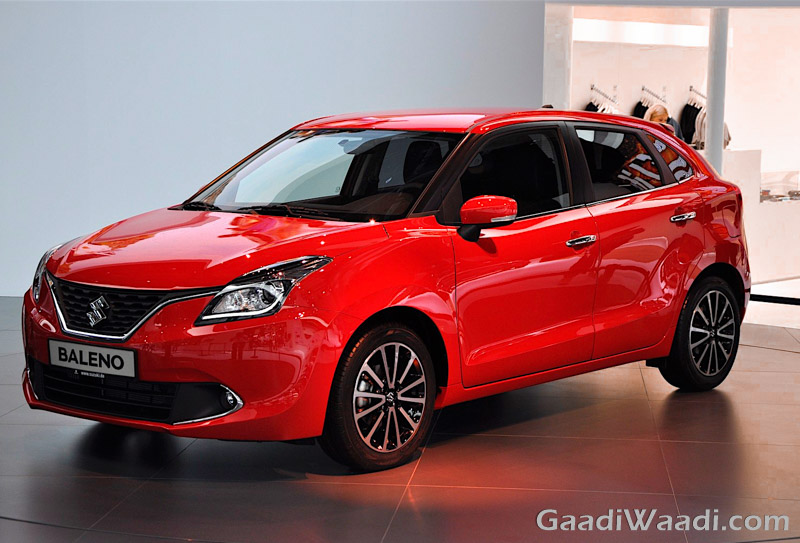 Indian-made Suzuki Baleno launched in Japan with Boosterjet engine; it’s one of the over hundred markets the hatchback will be exported from the Manesar plant

Launching a product in one of the toughly contested markets in the world like Japan is highly laudable and for a proven manufacturer from the home turf importing vehicles from abroad shows the significance of where they come from. The Japanese manufacturer Suzuki has revealed the Baleno premium hatchback produced in Indian plant at its own market space with a couple of engine options.

Japan will be one of the over 100 markets the Baleno will be exported from the Maruti Suzuki’s Manesar production base in Haryana. The Indian-made Baleno has been priced from 1.414 million Yen and it will be retailed under two variants namely XG and XT. The engines will be coupled only with an automatic transmission as no manual versions will be offered. The Suzuki Baleno XG variant will come equipped with the 1.25-litre K Series DualJet petrol powerplant. It is good enough to produce a maximum power output of 91 PS and 118 Nm of peak torque. The engine will be linked with a CVT automatic gearbox and is claimed to return a fuel economy of 24.6 km per litre in the Japanese JC08 driving cycle. Customers will be asked to pay a sum of 1.414 million Yen – that is Rs. 8.44 lakh in order to take home the delivery.

Some features have been added as Japanese market is more premium than ours’. The additional safety equipment present in the Baleno XG variant compared to the India-spec model are ESP (Electronic Stability Program), Hill Hold and a Radar based autonomous braking system.

The Suzuki Baleno XT will be sold in two trims with the latter having an additional options to choose from. The range-topping XT variant has been priced at 1.617 million Yen which comes around Rs. 9.66 lakh while the other with optional pack will carry a price tag of 1.728 million Yen (Rs. 10.33 lakh).

The XT model will derive power from the brand new 1.0-litre three cylinder Boosterjet petrol engine that is turbocharged to churn out a maximum power of 111 PS and 160 Nm of peak torque. It will be married with six-speed automatic gearbox that is operated through paddle shifters. It is certified to give a fuel efficiency of 20 kmpl in the JC08 driving cycle. Along with the features on the XG, the XT variant will comprise of large 16-inch alloy wheels, leather upholstery and cruise control system.