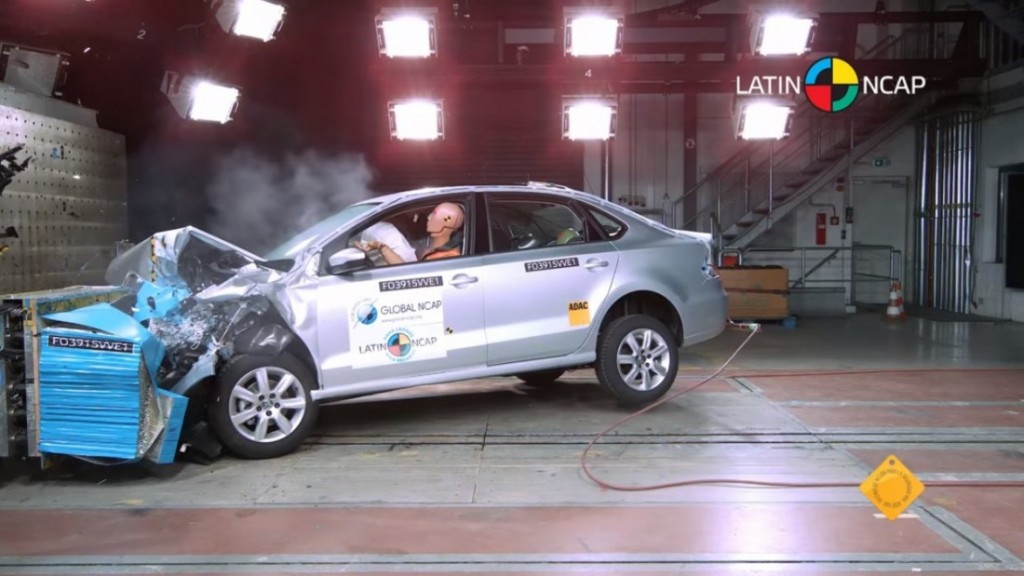 The facelifted 2015 Volkswagen Vento sold in Latin America is being manufactured at the German car maker’s production plant located in Chakan, India. Having been exported to Latin American markets, the sedan has to undergo stringent crash tests implemented by the authoritative body, Latin NCAP.

The Latin NCAP organisation has recently put the facelifted 2015 VW Vento sedan through all  its stricter tests and came out with impressive results.

The tested 2015 Vento was with ABS, dual front airbags and ISOFIX mounting points. The frontal impact test saw both driver and passenger heads were well protected by their respective airbags and thus given full marks by the Latin NCAP. 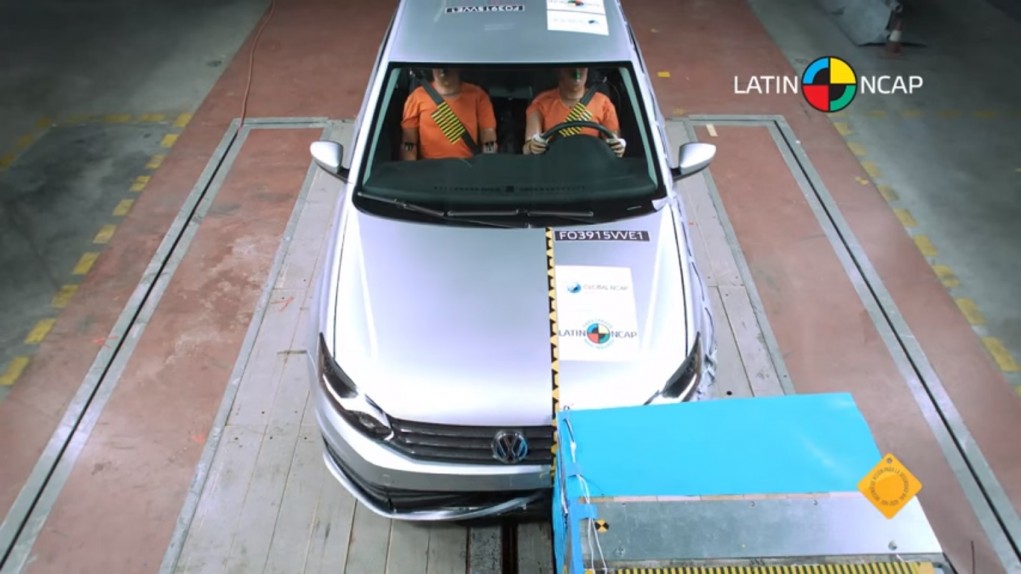 Seatbelts were equipped with pretensioners and load limiters upon crash testing and the passenger knee areas did not show critical structures whilst driver’s was found to have made hard contact with the steering column.

More crucially, the bodyshell was rated as stable and capable of withstanding further loading. It’s worth noting that in pursuit of offering improved safety features, Volkswagen India provides dual front airbags on Vento sedan and Polo hatchback as standard.

Latin NCAP has found that seat for a 3-year-old children was able to provide adequate protection whilst preventing excessive forward movement upon impact in the facelifted 2015 Vento.

The dynamic performance of the child restraint was good as well and the belted CRS assessed for installation passed the test considering the granted positions given in the manual. 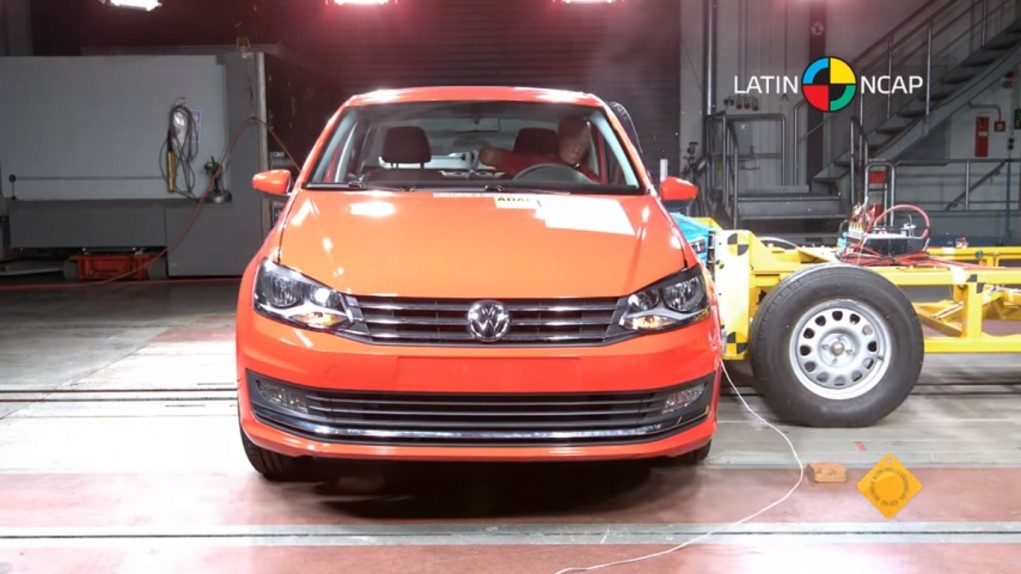 ISOFIX anchorages created slight difficulties for installation due to its position when engaged as the car did not possess warning marking for CRS installing in the front passenger seat. It was the main reason for the child occupant protection being rated only with three stars.