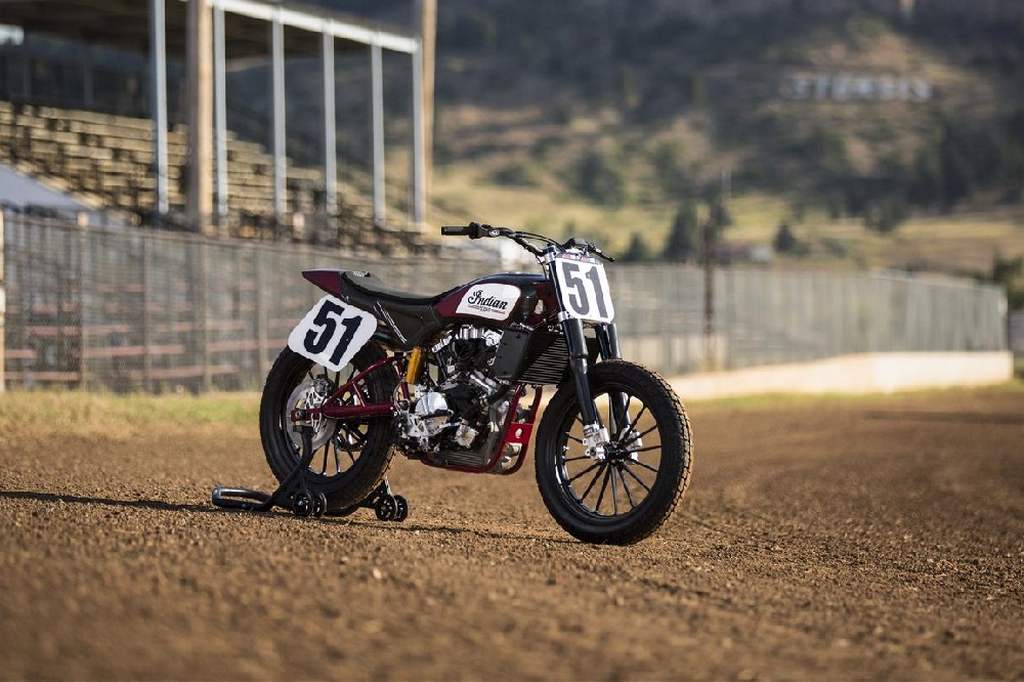 Indian Motorcycles, the oldest American bike manufacturer, has unveiled an all-new flat track racer called the FTR750 at the ongoing 76th Sturgis Motorcycle Rally in the Back Hills of South Dakota in US. Harley-Davidson and Indian Motorcycles are arch rivals on track throughout their history and the reveal of the new flat track bike follows HD’s first ever motorcycle for that category in 44 years, the XG750R debuted earlier this year.

The Indian FTR750 racer will be contesting the ever-competitive AMA Pro flat track championship and at Sturgis the final race-spec machine was seen for the first time. While Harley’s XG750R is inspired by the Street 750 Cruiser and get power from X Revolution 750 cc engine instead of the air-cooled Sportser unit, the FTR750 also comes equipped with a new liquid-cooled, four-valves-per-head, 750 cc V-twin motor tuned for the track. 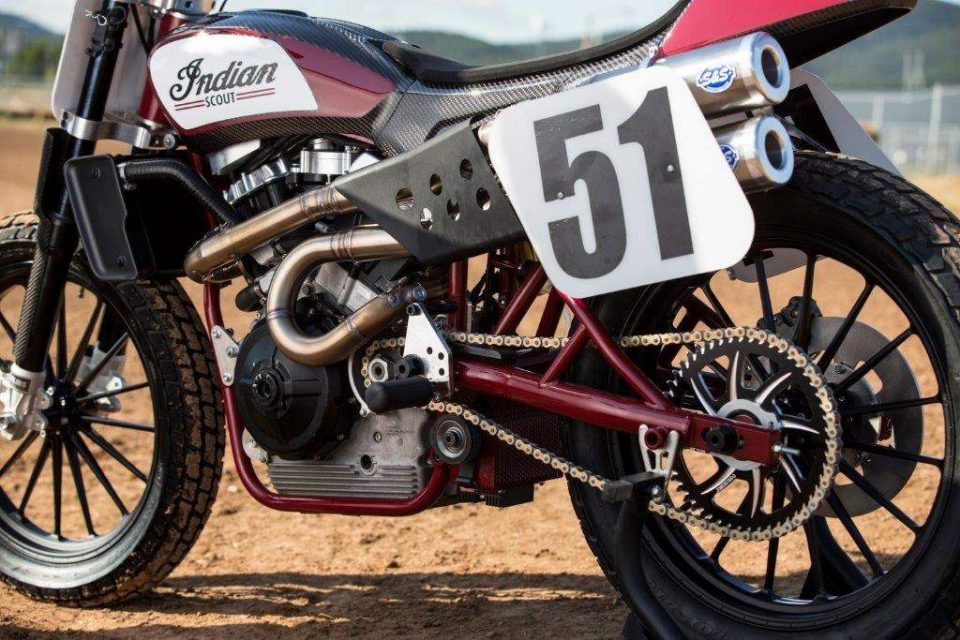 The design of Indian FTR750 racer has been influenced by legendary bikes such as the Daytona-winning Big Base Scout. Strapped to a competition frame, Indian Motorcycles announced its seriousness to compete in the AMA series by employing multiple champion Jard Rees. At the launch, there were two AMA Hall of Famers and only surviving members of the legendary Indian Wrecking Crew, Bobby Hill and Bill Tuman.

The FTR750 had the #51 competition number which signifies the victory of Bill Tuman who was the last rider to triumph at the Grand National Championship riding an Indian in the early ‘50s. At the historic milestone seeing the brand return to pro flat track racing, its revealed racing machine had all the ingredients to compete at the fore end of the field. The high-revving V-Twin engine wad developed in-house and it’s tightly packed in steel frame. 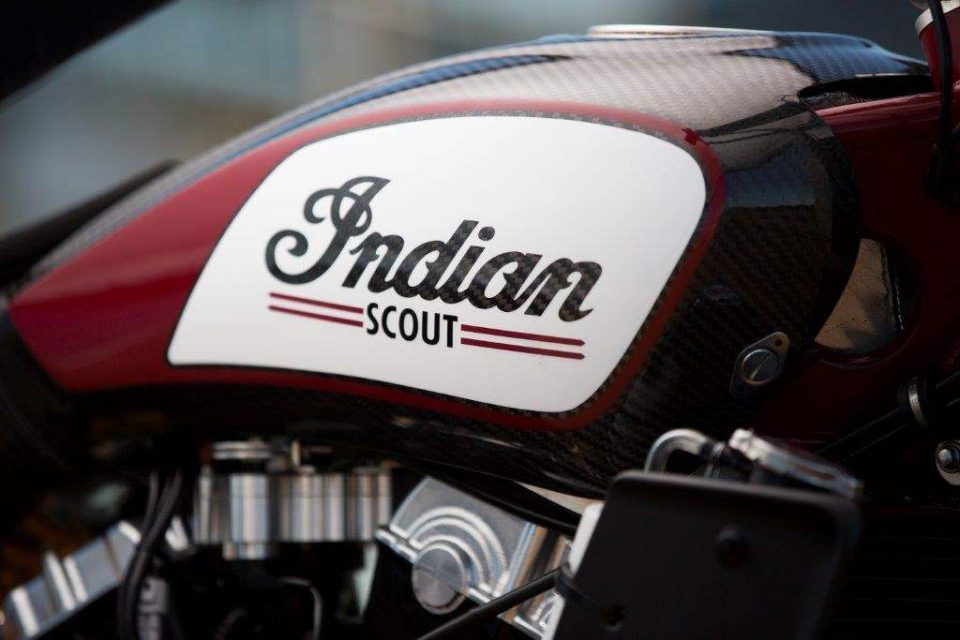 The frame and the large centrally mounted airbox allowed for shorter wheelbase aiding in quick sideways handling while the lightweight carbon-fibre body structure helps in chassis strength and rigidity. The re-entry into flat track racing is part of Polaris Industries, owner of Indian Motorcycles, pumping millions to grab market share as the brand rivals directly against Harley Davidson.