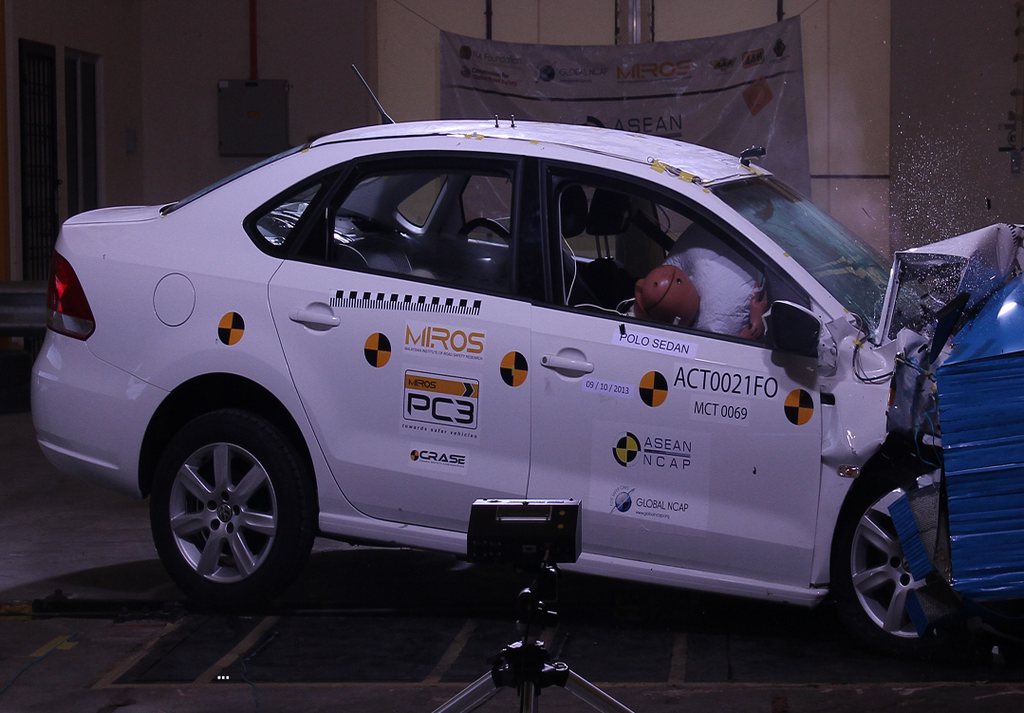 The latest crash test results revealed by ASEAN NCAP indicated that made-in-India Volkswagen Vento, which has recently been launched in Malaysia, performed with good outcome. The summary is based on the assessments the safety organisation made in October 2013.

The ASEAN NCAP (New Car Assessment Program for Southeast Asian Countries) safety organisation conducted the physical crash tests on the Volkswagen Polo Sedan in 2013, the Vento’s previous moniker. As the structure remains the same, the final results were taken from the logs and applied here with additional safety techs.

Volkswagen issued technical evidence that its 1.2-litre TSI petrol variant is equipped with Electronic Stability Control (ESC) system and Hill Hold Control, as similar to the India-spec version, to the ASEAN NCAP. Back in 2013, the Polo Sedan scored 4 out of 5 stars as it had safety technologies like four airbags and ABS.

Based on the physical crash tests of the Polo Sedan, the newly launched Vento has been said to have scored 14.51 out of 16 points in Adult Occupant Protection (AOP) but a star higher – 5 out of 5. As the testing organisation demands five-star pre-requisite, only the 1.2-litre version of the Vento incorporated with ESC was eligible to put through the tests. Moreover, the top-spec 1.6-litre variant has achieved four-star rating because of the lack of Electronic Stability Control. The Child Occupant Protection (COP) results from the 2013 Polo Sedan were applied to the new Vento as well as it’s assumed to be in the four-star category with 85% compliance.

The entry-level variants of the Vento for Malaysia don’t have ESC and it reflects on the four-star AOP rating whereas the Trendline possess driver and co-passenger airbags with ABS and the Comfortline gets side airbags in addition.

While the top-spec Highline comes equipped with the 1.2-litre TSI petrol engine coupled with a seven-speed DSG gearbox, the Trendline and Comfortline stick with the higher-displacing 1.6-litre MPi gasoline unit mated with a six-speed manual.