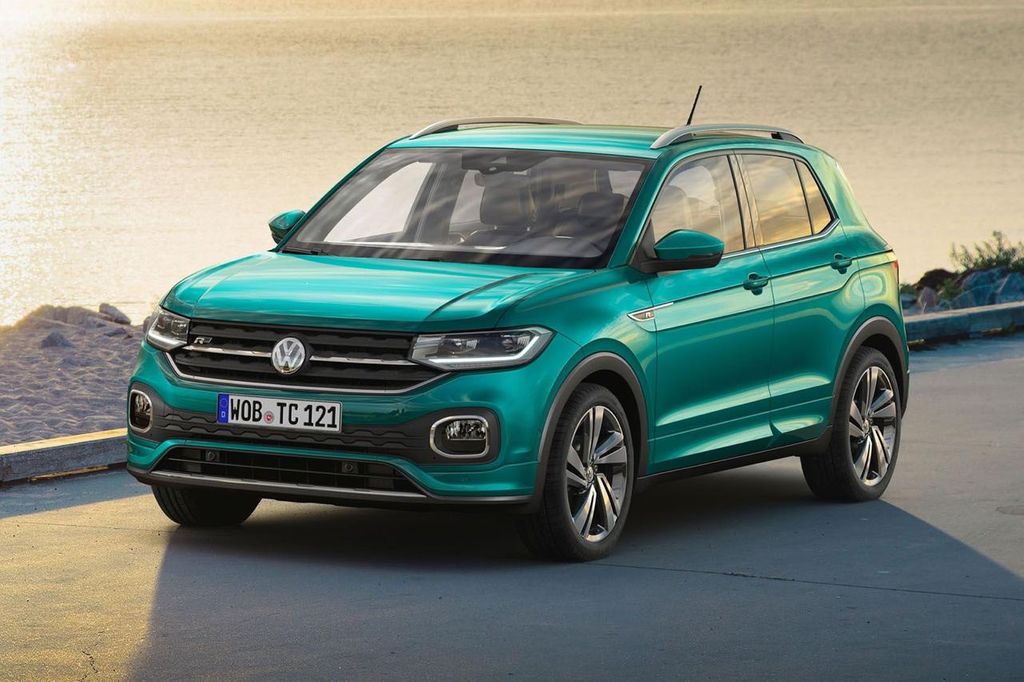 Following a barrage of teaser campaigns and promos, Volkswagen has finally unveiled the T-Cross SUV for global marketplace. The smallest SUV within the brand’s international fleet is expected to contribute in big number for the vision of achieving 50 percent of the total sales through SUVs by the middle of next decade as VW rides on an aggressive strategy.

The official worldwide unveiling has been hosted in Amsterdam amidst much expectations surrounding the model. The Volkswagen T-Cross is based on the latest generation Polo sold globally and it shares plenty with the hatchback including the interior. It boasts fully digital instrumentation (Volkswagen’s latest Active Info Display), advanced in-car entertainment and driver assistive technologies.

The dashboard surface is finished comes in different colours as well. The T-Cross SUV has emphasised practicality and offers ample cabin room claimed to be the biggest in the segment. It has trunk capacity of 385 litres and 455 litres based on the rear seat positioning and it can be folded flat to have an expanded space of 1,281 litres – 33 to 103 litres larger than the Kia’s Stonic and and up to 55 litres than Seat Arona.

Slotted below the T-Roc, Tiguan and Touareg the T-Cross is pitched at the base end of the spectrum and it competes against the likes of Renault Captur, Nissan Juke, Hyundai Kona, Mazda CX-3 and Peugeot 2008 among others. The MQB AO platform is not just shared with Polo but Audi A1 and Seat Arona as well as the T-Cross measures 4,107 mm long and 1,558 mm tall. 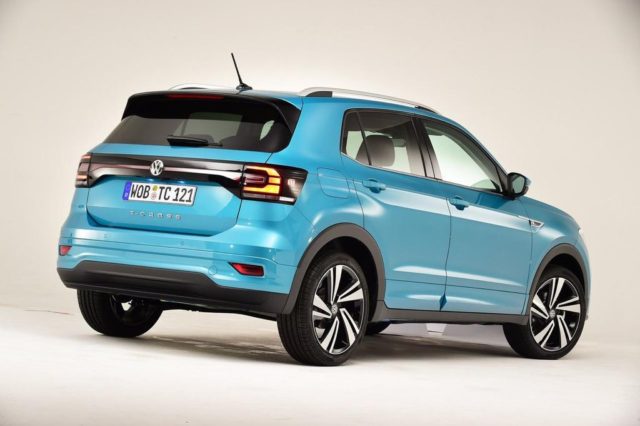 The five-door Volkswagen has its exterior heavily influenced by the T-Roc with overall sharp styling. The front fog lamp surrounds and lower lip spoiler are inspired by the latest Tiguan. It also boasts distinctive swage line down the sides and an upright rear profile with dark theme for rear lamps having a vertical panel covering the width.

The ‘T-CROSS’ lettering is inscribed on the rear hatch door under the registration plate and the SUV credentials are further elevated by roof rails. There is also a sporty roof spoiler and more visual upgrades are possible from the options list apart from the R-line package which also features 17-inch alloy wheels. 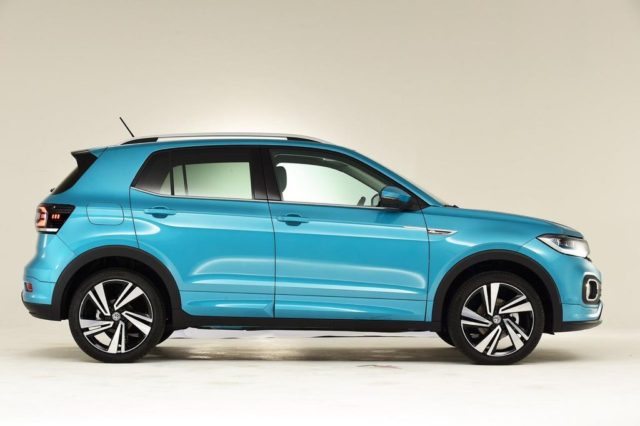 It will be sold with a 1.6-litre TDI diesel engine making 95 horsepower in some markets while a 1.0-litre TSI petrol will also be on offer with higher rating of 115 hp. A bigger 1.5-litre TSI making 150 hp will be another option and the power is sent to only the front wheels via a five- or six-speed manual gearbox, or seven-speed DSG automatic as option.

The T-Cross will enable the customers access to a plethora of active safety features such as City Emergency Brake, Front Assist with Pedestrian Monitoring, Lane Assist function, Hill Start Assist and Blind Spot Detection as standard in markets like Europe. 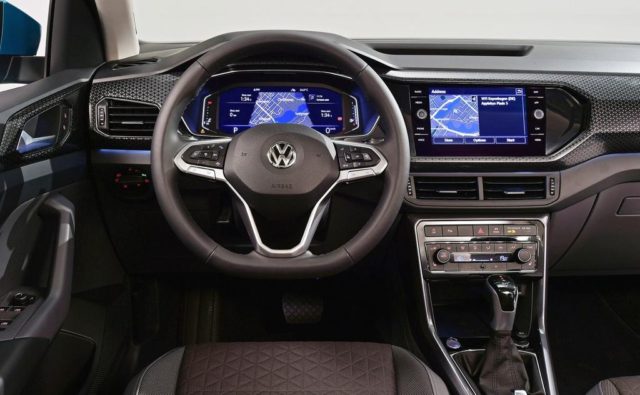