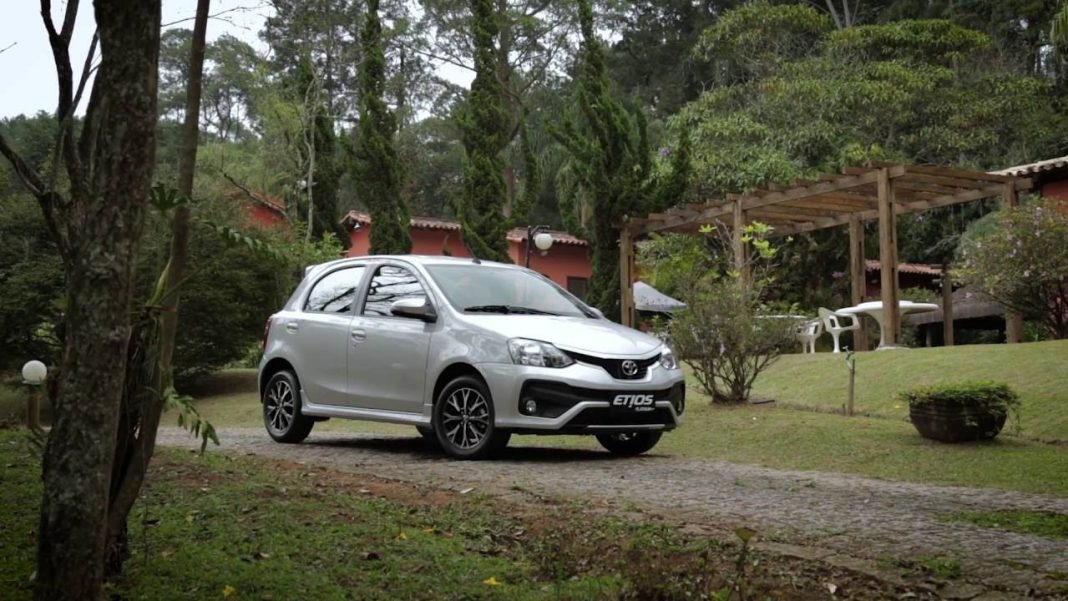 Toyota Etios Facelift Previewed; it is expected to be launched in India later this year

The Japanese automaker Toyota has launched the facelifted Etios Platinum in South America that previews the forthcoming updated version of the Etios twins, expected to launch in Indian market later this year.

The facelifted model gets changes both at exterior and inside the cabin. The powertrain has been re-tuned to generate more power. The Toyota Etios Platinum looks more aggressive and sporty. It features an all new V shaped flowing chrome accented radiator grille. The front grille and the bumper have been updated significantly. The front bumper sports muscular appearance with the black accents.

At the side profile, the car features new 15 inch alloy wheels, which make the car aggressive looking. Also the side turn indicators integrated to the wing mirrors, side skirts enhance the sportiness of the car. The interior has been significantly updated as well.

The multifunction steering wheel and the digital instrument cluster have been updated with inspiration from the new Toyota Prius. It also comes with a sporty black dashboard with piano black trims. The round HVAC vents enhance appeal.

The Japanese automaker says it has equipped the car with electric assisted steering system. The cabin noise is claimed to have reduced and the ride quality has improved. Apart from these the interior also gets safety features like cruise control, ISOFIX child sear mounts etc. The Toyota Etios Platinum launched in Brazil is powered by a 1.5 litre dual VVT-I flex fuel engine. This engine gets a new 4 speed automatic transmission. It churns out 107 hp of peak power, which marks a 10.5 hp increase in the power output. 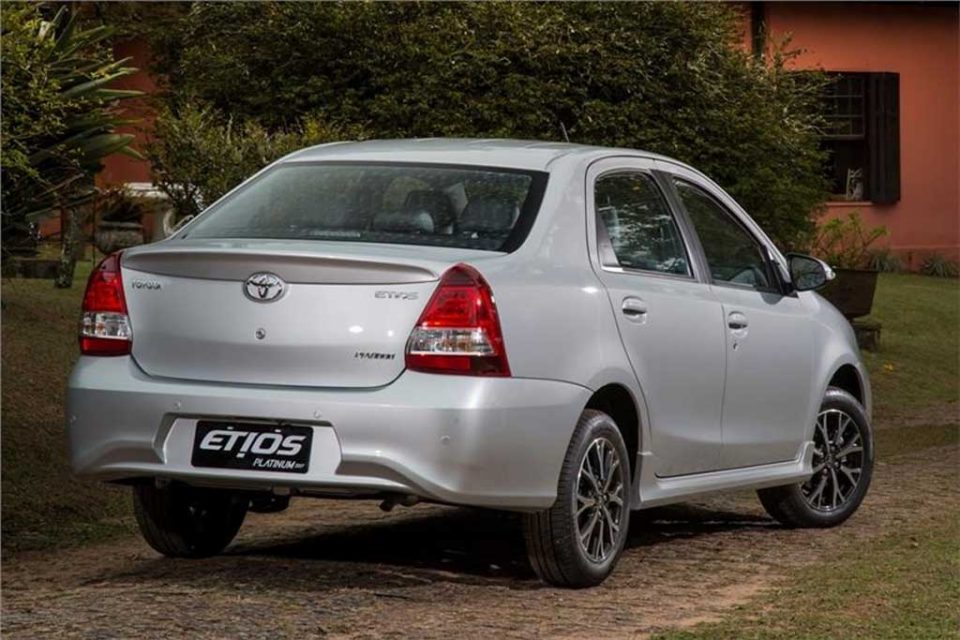 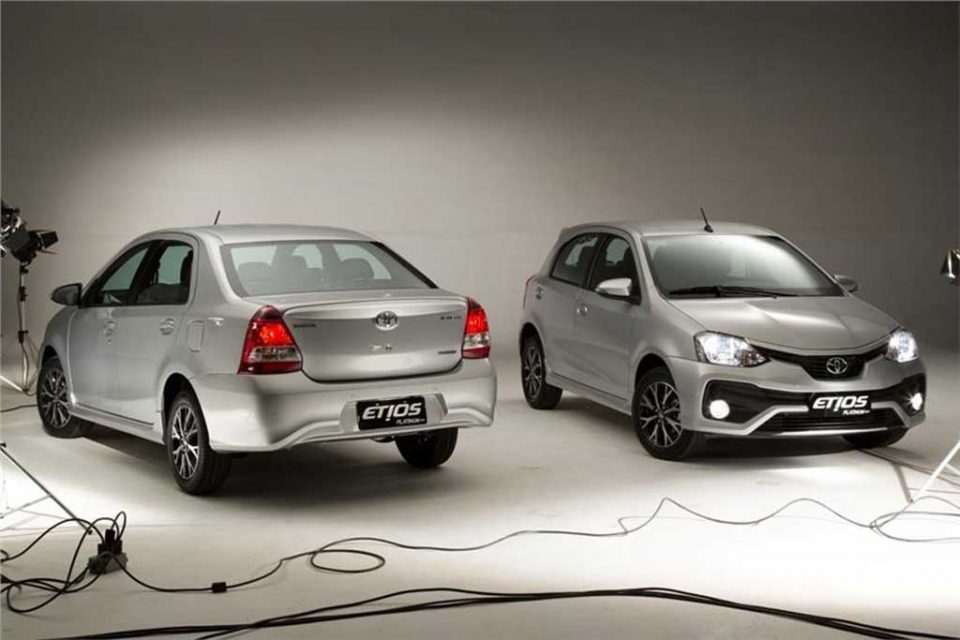