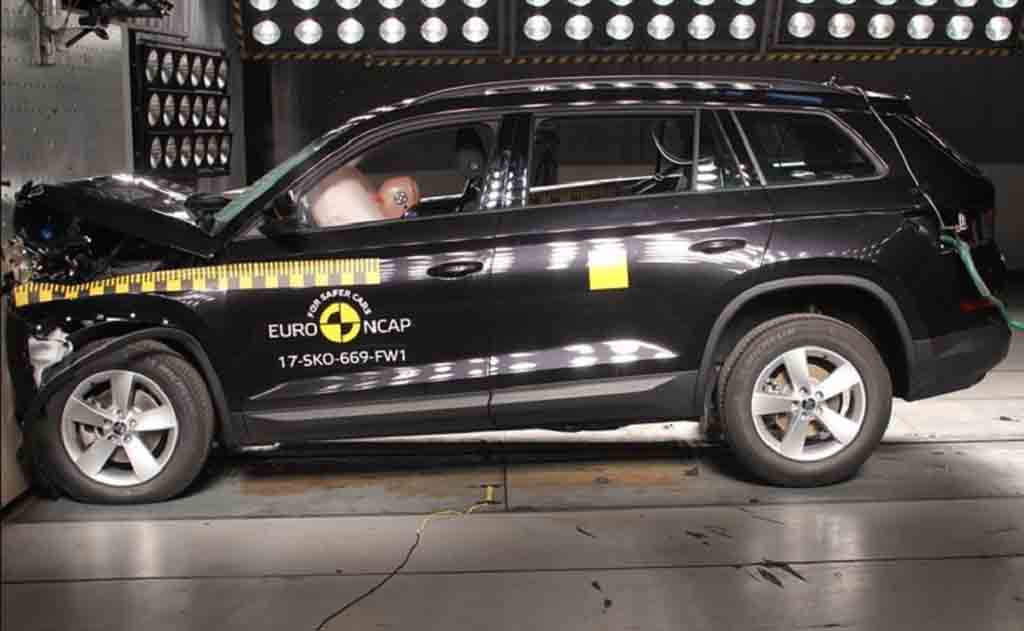 Skoda Kodiaq is ready to be launched in India in a couple of days ahead of that the premium SUV has scored top level 5 star safety rating in Euro NCAP crash test program. During the crash test, the SUV has scored 92% for adult protection and 77% for child safety. Despite the test model being Euro-spec Kodiaq, Indian market will get the same model. Therefore Skoda will sell the same car with high level safety in the domestic market also.

During the crash test, Skoda Kodiaq showed great stability during frontal offset test, while the dummy reading showed impressive protection for the knees and femurs of both the front seat occupants. The side barrier test too shows that Kodiaq comes with great level of protection for the occupants.

The Skoda Kodiaq SUV gets Autonomous Emergency Braking or AEB as standard feature. However, this feature is very unlikely to be available in the India-spec flagship Skoda SUV. The test model was also equipped with other safety features like seven airbags including a knee airbag as well, seatbelt pre-tensioners with load limiters, ISOFIX rear child seat along with seat belt reminder, ABS and EBD. It also gets speed assistance and lane assist system as well. 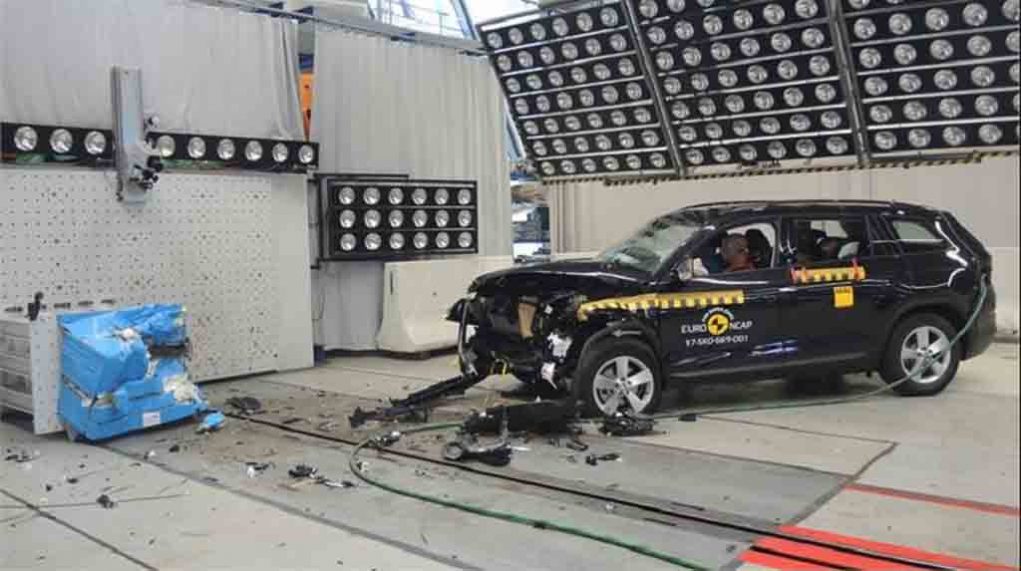 Skoda Kodiaq is expected to be launched in India sometime around festive season this year. The Czech automaker has already listed it in the official website and booking for this car has also commenced. Upon arrival, it will challenge tough rivals like Toyota Fortuner, Ford Endeavour, Hyundai Santa Fe and Volkswagen Tiguan. Expect the Skoda Kodiaq to be priced between Rs. 27 lakh and Rs. 32 lakh (ex-showroom, New Delhi).