Skoda is expected to launch its first compact SUV under INDIA 2.0 project in 2020; based on the flexible MQB A0 IN platform

Skoda is planning to unveil a brand new crossover that will be positioned below the Kodiaq and Karoq in 2019 reportedly. The third and smallest crossover within the global lineup is the production version of Vision X Concept showcased at this year’s Geneva Motor Show.

In the international markets, it will be underpinned by the same platform as the Volkswagen T-Cross and Seat Arona. The upcoming crossover will compete against the likes of Hyundai Kona and Peugeot 2008, and unlike the concept, it will have a conventional design approach in a compact profile.

We can expect it to have the styling influenced from bigger brother Kodiaq that announced the revival of the Czech brand’s SUV sales hopes across the globe. Based on the Volkswagen Group’s MQB A0 architecture, it is expected to have wheelbase of 2,645 mm, and offer more interior room compared to T-Cross and Arona.

Said to make world premiere at the 2019 Geneva Motor Show next March, it will be powered by a slew of small capacity turbocharged petrol and diesel engine options including a 1.3-litre petrol unit from Octavia and Fabia in two states of tune: 94 hp and 113 hp for high-spec variants.

On the other hand, a 1.5-litre turbo mill developing 146 hp will likely become the most powerful in the series. A 1.6-litre diesel powertrain can also be expected to be on offer with manual and automatic transmission choices. It has also been reported that Skoda will try to reduce the production cost of its smallest crossover.

Resultantly only front-wheel-drive configuration will be standard across the range. Skoda has taken the charge in INDIA 2.0 project after 18 months of strategic work with investment of 1 billion Euros between 2019 and 2021. Skoda will be aiming to build a strong base for VW Group with products built on MQB A0 IN platform tailor-made for India and emerging markets. 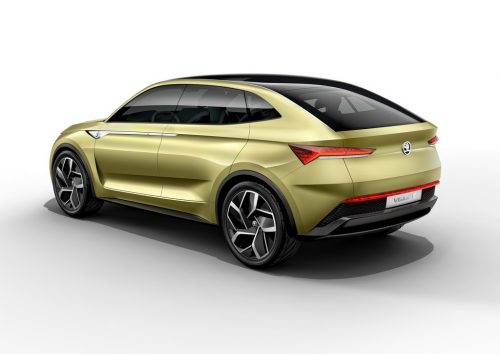 The first product has confirmed to be a SUV and it could be the aforementioned smallest crossover debuting next March in Geneva. With local launch likely by the end of this decade, the timeline coincides perfectly with the global model and if Skoda decides to specifically design the India-bound model, the styling elements could well be shared between them.