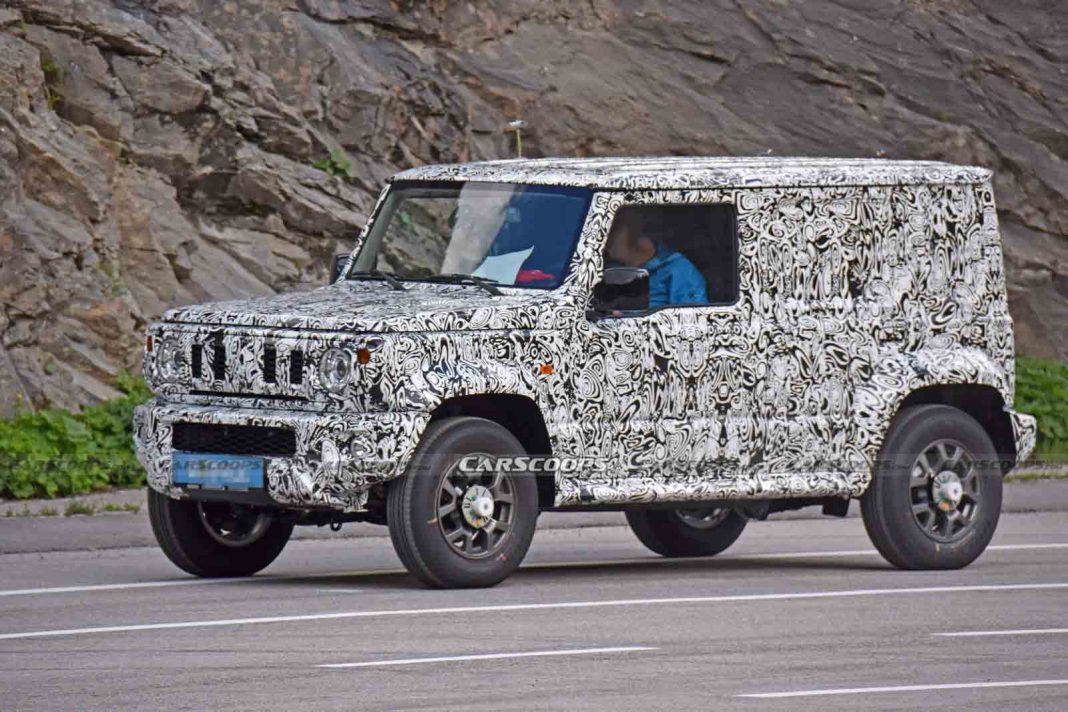 The latest generation Suzuki Jimny has been around the global markets since 2018 and is well received by customers with demand exceeding the supply. The lifestyle off-roader made its debut in India back in early 2020 at the Auto Expo in its three-door Sierra guise and it appears that the Jimny will be launched in the domestic market sometime next year.

The Jimny is already manufactured in India but for the export markets. The India-spec version is expected to have a whole lot of changes compared to the global model and it may as well have five doors. The long-wheelbase version of the Jimny was caught testing previously with three doors and now the five-door variant has been spotted wearing heavy camouflage in Europe.

The test mule was snapped alongside the three-door standard variant after it was unloaded in an undisclosed location. The upright design elements of the five-door Jimny remain identical at the front and the rear while the cabin seems to be equipped with a larger touchscreen infotainment system and the physical buttons are also similar to the three-door model. 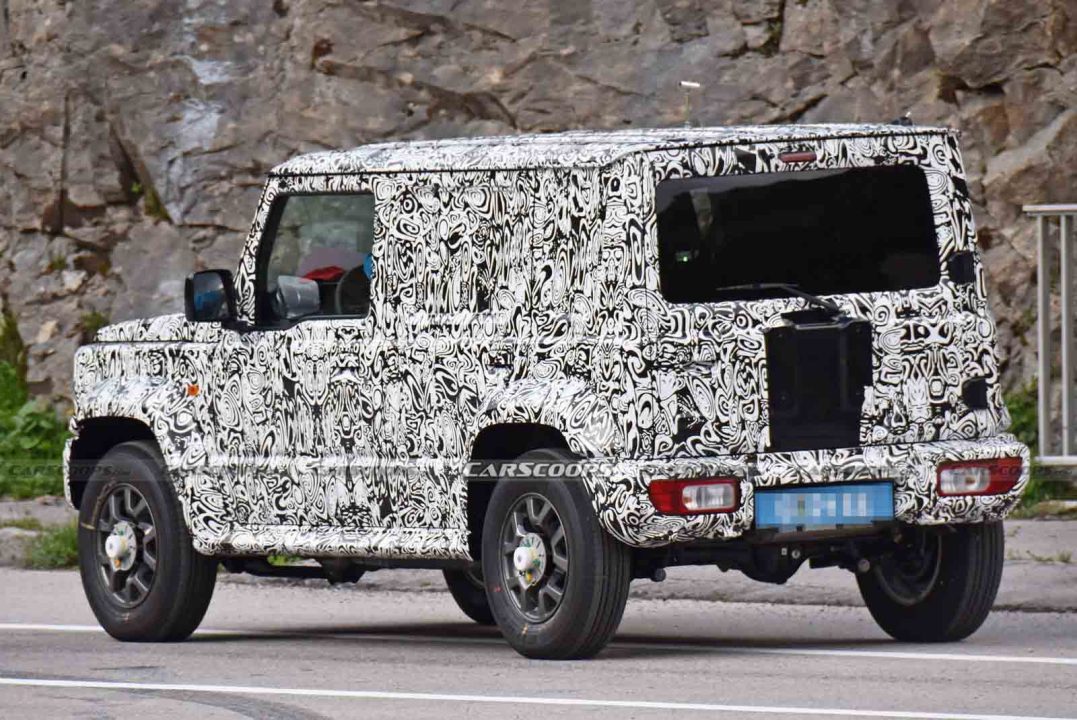 The five-door Suzuki Jimny is expected to have a wheelbase length of 2,550 mm – about 300 mm longer than the three-door variant. The overall length could be around 3,850 mm as well. The Japanese manufacturer will target a wide band of consumers with the upcoming five-door Jimny as it will likely be high on practicality with increased interior space and more space for luggage.

In Europe, the Jimny is sold as a three-door model in a two-seater LCV configuration due to the stringent emission norms over the last couple of years. Thus, the five-door version could get a hybrid tech and it will more likely be the 1.5-litre four-cylinder K15C four-cylinder petrol engine with progressive smart hybrid technology as in the facelifted Ertiga, XL6 and new Brezza. 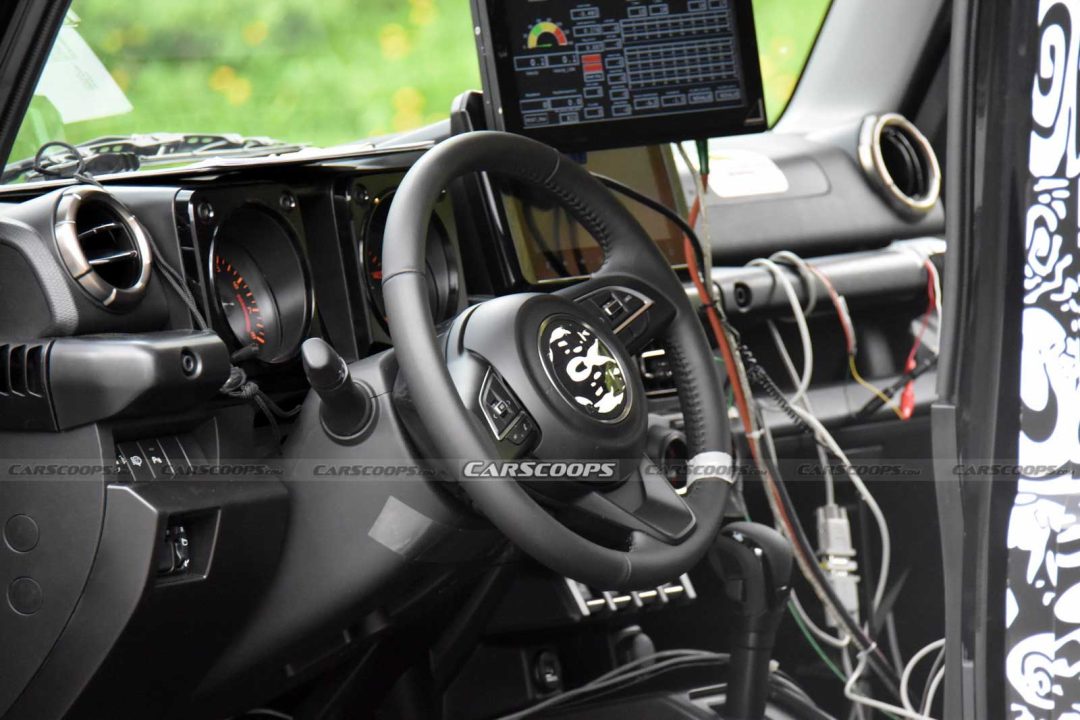 It could be paired with a five-speed manual transmission or a six-speed torque converter automatic unit as an option. The global debut of the five-door Jimny could happen towards the end of this year or in early 2023 and we do hope India will be part of the first markets to get this model.