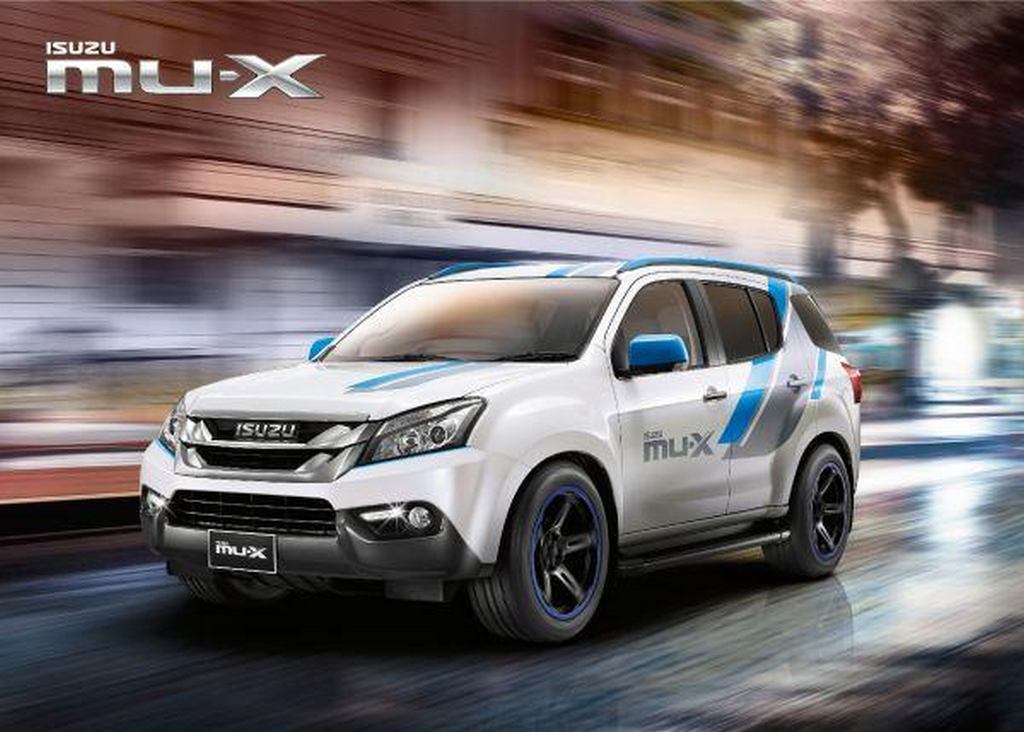 The Thailand market is one of the significant arenas for the Japanese company Isuzu in terms of volume sales. At the ongoing 2016 Bangkok Motor Show, it stole the spotlight with the MU-X Blue Power SUV with all its bells and whistles. This model is the successor to the mid-size seven-seater MU-7 sold in India which took its basis from the D-Max pickup truck.

The MU-7 is a well-received SUV especially in the Asian region and was in production since 2004. In the event of replacing the flagship model, there must be something more than just an evolution needed and Isuzu’s answer to that was the MU-X Blue Power SUV. We have to keep an eye on its development because it has whole lot of potential to hit the Indian market in the not so distance future. 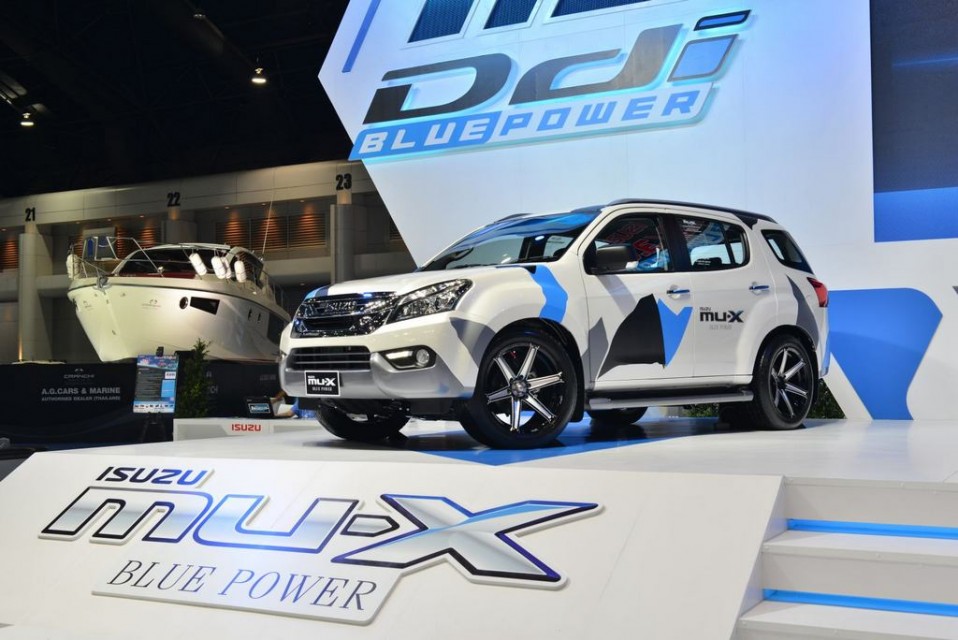 The Isuzu MU-X Blue Power comes equipped with a smaller 1.9-litre Ddi Blue Power turbo diesel engine for the Thai market. This motor debuted in the D-Max pickup truck last year and comes available with two options of transmission such as a six-speed manual or a six-speed Rev Tronic automatic.

The new powerplant is opted in place of the 2.5-litre diesel unit and comparatively 20 kilograms lighter. It’s tuned to develop a power output 16 PS and 30 Nm of torque more than the outgoing engine. The Blue Power technology and intercooler system help the 1.9-litre motor to push out a maximum output of 150 PS at 3,600 rpm and 350 Nm of peak torque delivered in the lower rpm range between 1,800 rpm and 2,600 rpm. The engine is only available with a 4×2 configuration.

If the customers want to go with an all-wheel drive version, they would have to stick with the top-of-the-line 3.0-litre diesel mill coupled with a six-speed Rev Tronic transmission, producing 177 PS of power. The other updates to the MU-X include an eight-inch touchscreen infotainment system with a 10.2-inch display for rear occupants, auto dimming IRVM, cruise control, reverse parking camera, a new grey exterior colour scheme, etc. 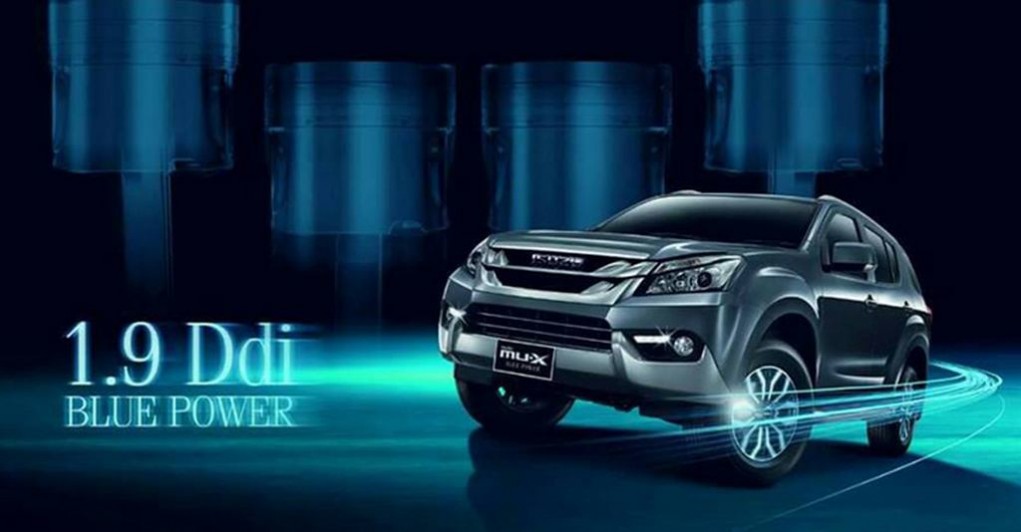 The standard safety features in the Isuzu MU-X Blue Power SUV are dual airbags, Hill Start Assist,ABS (Anti-lock Braking System), EBD (Electronic Brake-force Distribution), BA, ESC (Electronic Stability Program) and Traction Control among others. The Isuzu MU-7 running in India is far behind its rivals and has so much catch up to do.

The brand revealed a new class of Adventure Utility Vehicle via D-Max V Cross powered by a 134 hp 2.5-litre CRDI engine at the Auto Expo 2016 and expected to start utilising the new production facility in Sri City, Andhra Pradesh from April onwards. Its aspirations with the MU-X in the premium SUV segment are certainly not too high currently as focus has been placed on the AUV but we can expect the model to arrival in India at the end of next year.