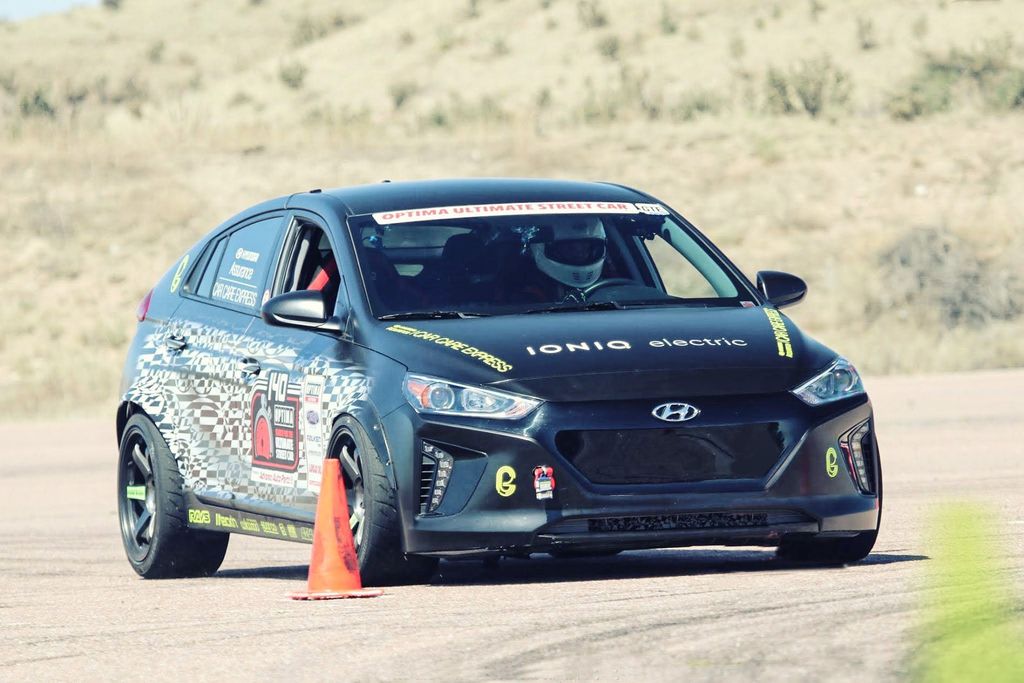 Hyundai is one of the brands, which is always present at SEMA Show and this year, it is going to take place between October 30 and November 2 in Las Vegas. The Korean manufacturer will introduce modified special edition models of Veloster N and Ioniq Electric at the show as both models will compete in the Ultimate Street Car competition.

The Ioniq special edition model is finished in black colour with new graphics on the side to make it look unique. The company has made lots of changes for Ioniq Electric as it gets the new sporty bumper in front with various vents to cool down batteries and new 18-inch Volks racing alloy wheels with low profile Bridgestone tyres.

Hyundai has lowered the springs and the suspension has been tuned towards handling. To improve cornering, the Ioniq electric comes with limited slip differential. But the biggest difference is in the engine as the company has given same electric powertrain from Kona EV and it is more powerful than standard Ioniq.

The special edition Ioniq gets 64 kWh lithium-ion battery pack, which power a single electric motor and it produces 204 PS of power and 395 Nm of torque. The EV can hit 0-100 kph in just 8 sec and top speed is 185 kph. The standard braking system has been upgraded as Ioniq now comes with Wilwood braking system. 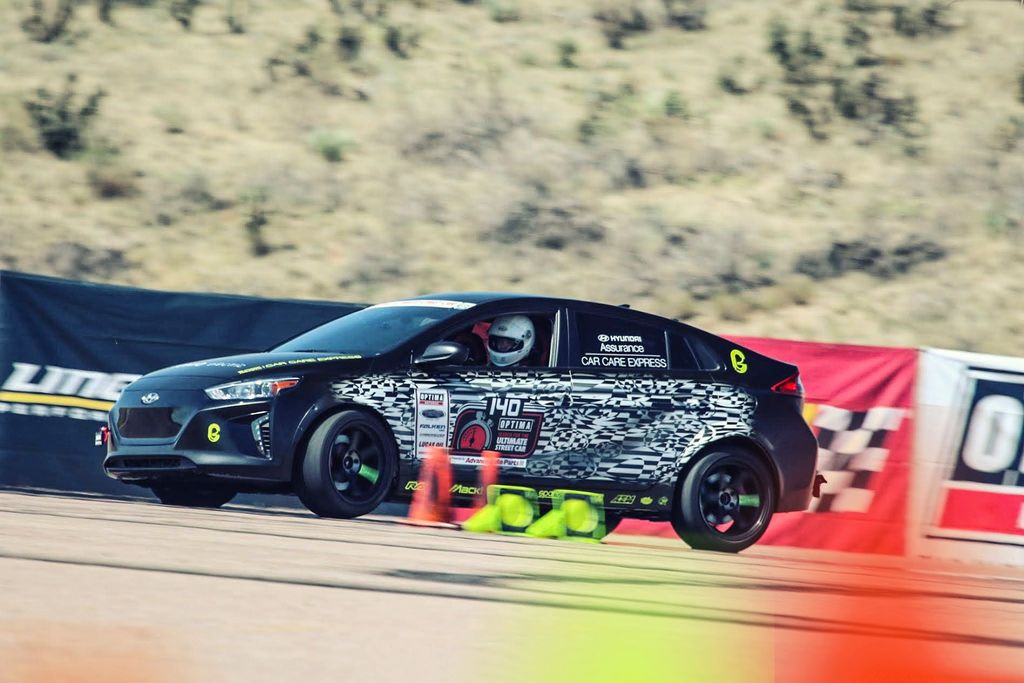 The regular Ioniq comes with a 28 kWh lithium-ion battery pack and the single electric motor produces 118 bhp of power and 295 Nm of torque. 0-100 kph in just 10 sec and the claimed range is 199 km. Hyundai has given fast charging with Ioniq as the battery can be charged up to 80 per cent in just 30 minutes.

But it will take more than 12 hours to charge if you are using a regular home socket. Hyundai has released an update for Ioniq recently and it comes with safety features like driver attention alert, high beam assist, auto emergency braking assist, lane keeping assist and smart cruise control system.