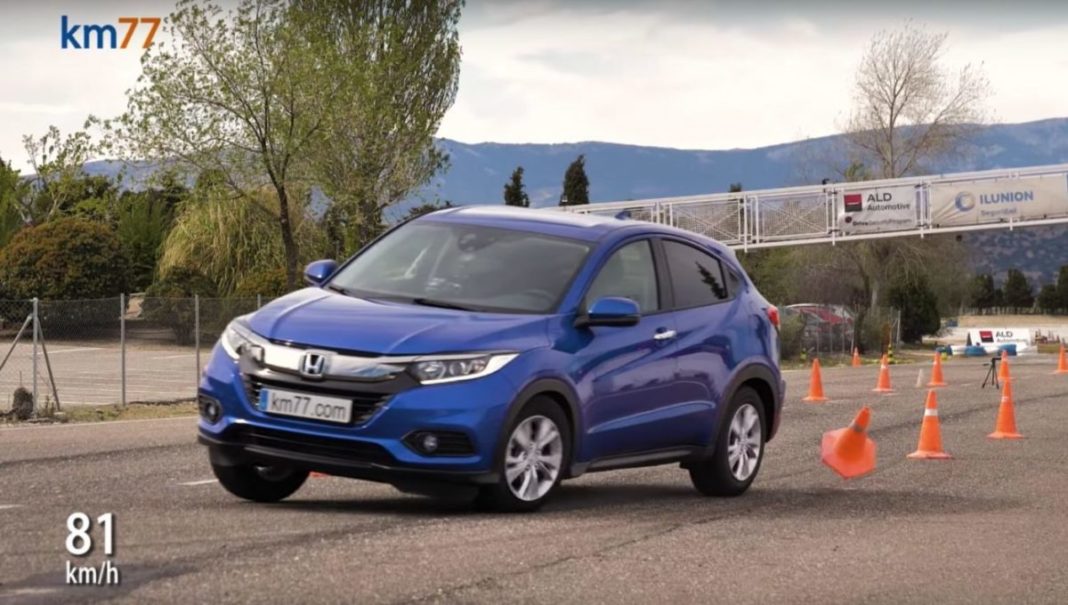 Honda HR-V mid-SUV will compete against the likes of the Hyundai Creta, Tata Harrier, Kia Seltos and the MG Hector in the Indian market

Honda Cars India is gearing up for the launch of their first mid-SUV in India – the HR-V that will sit above the WR-V and below the CR-V in the Honda’s Indian lineup, that is yet to see a mid-SUV from the Japanese brand. Also known as Vezel in several international markets, a video of the HR-V doing moose test has surfaced online.

The Moose test is a test performed to check the stability of a vehicle along with the manoeuvrability for immediate direction changes. As seen in the video, the driver quickly changes the direction of the moving car to left direction and then immediately to the opposite direction.

Such kind of test helps in understanding the stability of a vehicle in case of an emergency situation like when an animal comes suddenly in your path. According to the testers, the HR-V was driven at the 78 kmph for the test and the HR-V did hit a couple of cones in the first attempt. However, in the successive passes about the vehicle’s behaviour and the same error did not occur again.

The mid-SUV segment is on a boom in the recent years and the Honda HR-V will aim to cater this segment that currently has a huge gap of at least Rs 15 Lakh between the WR-V and the CR-V. The SUV will bear resemblance to the third-generation of the Honda CR-V in terms of design.

The Honda HR-V will inherit most of the features from Civic and CR-V which means we can see large touchscreen infotainment system, MID, sunroof, connectivity features and more. As of now, there is no confirmation on the mechanical specifications of the car that will come to India but it is expected to be powered by the BS-VI ready 1.5-litre i-VTEC and i-DTEC engines that is also seen on the Honda City. Expect the Honda HR-V to be priced between Rs 11-17 Lakh (ex-showroom).