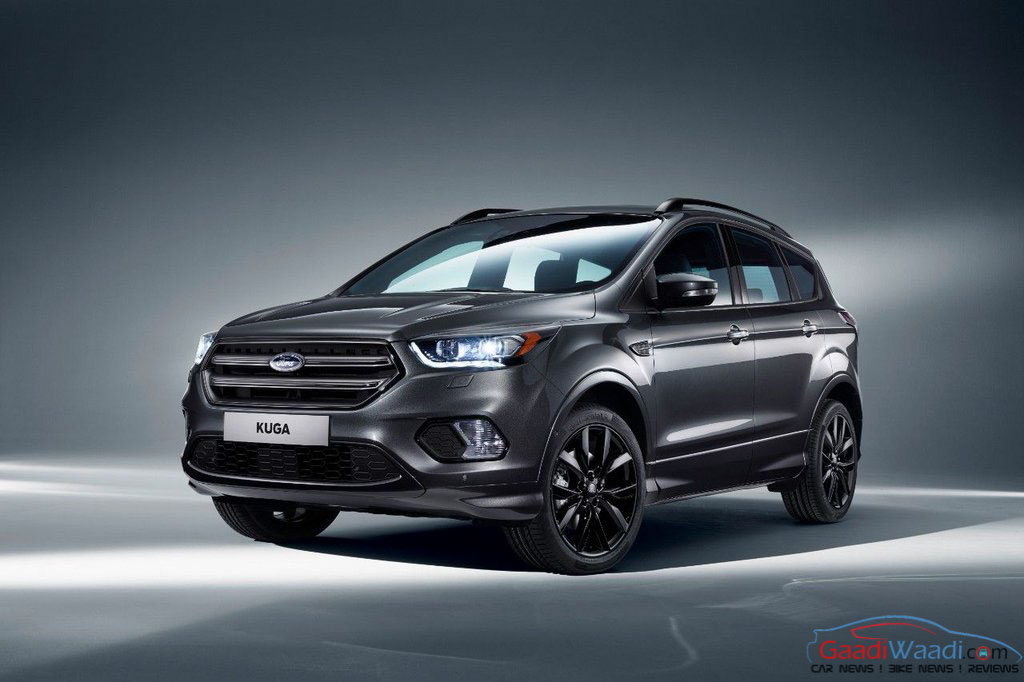 India-bound Ford Kuga will strengthen the brand’s hold in the Indian PV market; it will likely be positioned between Endeavour and EcoSport

Ford Kuga is a popular name in the world automotive community, but in the Indian market this car is yet to make its footstep. Ford has received pretty good success with the EcoSport and the Endeavour in the domestic market and inspired by the strong response of the buyers towards the American auto major’s SUVs, the company is now gearing up to launch its next product Kuga here.

This SUV is expected to launch in the country sometime during late 2017 or early 2018. Upon arrival, it will be positioned between the Endeavour and EcoSport, filling up the long void in the Rs. 12 lakh – Rs. 18 lakh pricing segment. It will throw tough challenge to the rivals like Hyundai Tucson and Mahindra’s flagship SUV XUV500. Test mules of the Kuga have been spied testing in India already, indicating that the carmaker is in advance stage for launching the SUV.

While Ford EcoSport caters the compact SUV segment and the Endeavour is representing the brand in the high-end big SUV segment, this will be the American car manufacturer’s bet in a segment, which has seen a rise in demand in recent past and launch of some exciting model like Tucson. The Ford Kuga is already on sale in several global markets including the European markets also and there it has received positive response. It is to be seen, how well this car performs in the Indian market.

Before the Ford Kuga arrives in Indian market, let us take a look at the details about this SUV. 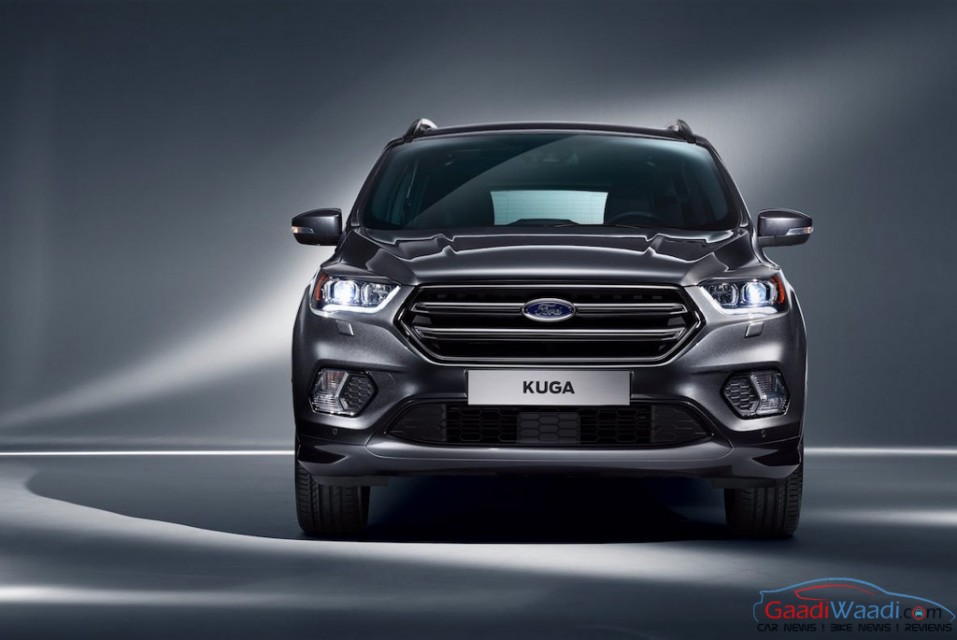 The Ford Kuga is expected to be priced between Rs. 12 lakh and Rs. 18 lakh. Ford will surely keep the pricing competitive against rivals like Hyundai Tucson, Honda CR-V etc. The car manufacturer will be able to keep its pricing competitive, as this car is likely to be built locally, like Ford EcoSport. Apart from the domestic market, the company would aim export the India-made Kuga to several different overseas markets. 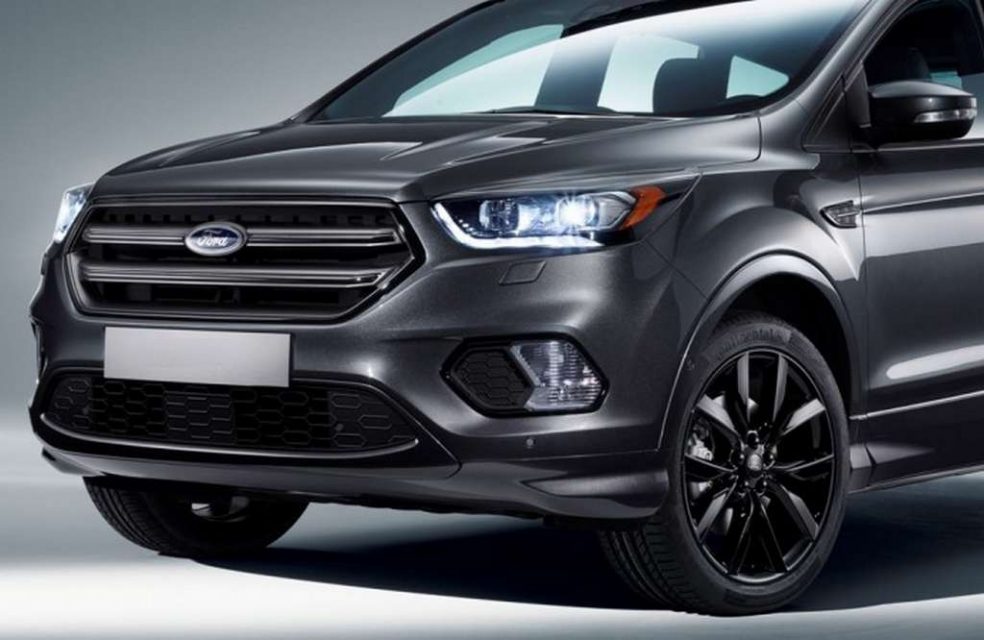 Globally, the Ford SUV is available with two different diesel engine options and a single petrol unit as well. These engines include a 1.5-litre EcoBoost petrol engine, a 1.5-litre TDCi diesel motor and a larger 2.0-litre TDCi diesel unit as well. Transmission options include a 6-speed manual gearbox and a 6-speed automatic one as well. The Ford Kuga comes available in both front Wheel Drive (FWD) and All Wheel Drive (AWD) options.

The India-spec model is expected to come with the 1.5-litre EcoBoost petrol engine and the 2.0-litre TDCi diesel engine. The petrol engine is capable of churning out 148 bhp of peak power and 240 Nm of peak torque. The 2.0-litre diesel engine is likely to come available in two different power output versions, which are 147 bhp and 177 bhp, while the torque output will be 370 Nm and 400 Nm respectively.

The Ford Kuga is capable of running at a top speed of 195 kmph and to accelerate to 100 kmph from standstill position, it takes 9.7 seconds. 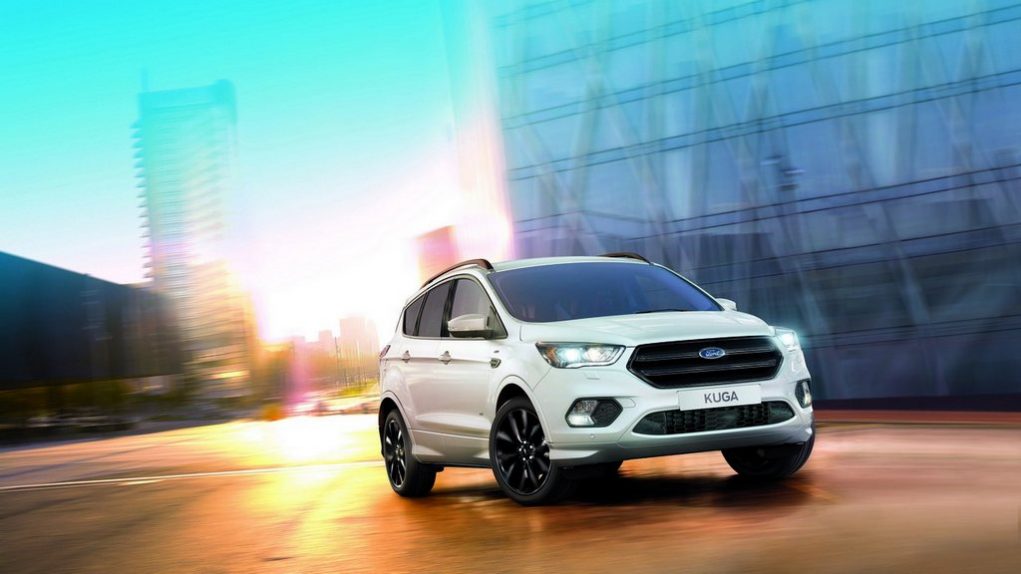 In the UK market, the Ford Kuga petrol MT offers 19.13 kmpl of fuel efficiency, while the AT variant returns 16.15 kmpl. On the other hand, the Kuga diesel model delivers 22.96 kmpl. Expect the India-spec model to return similar fuel efficiency. 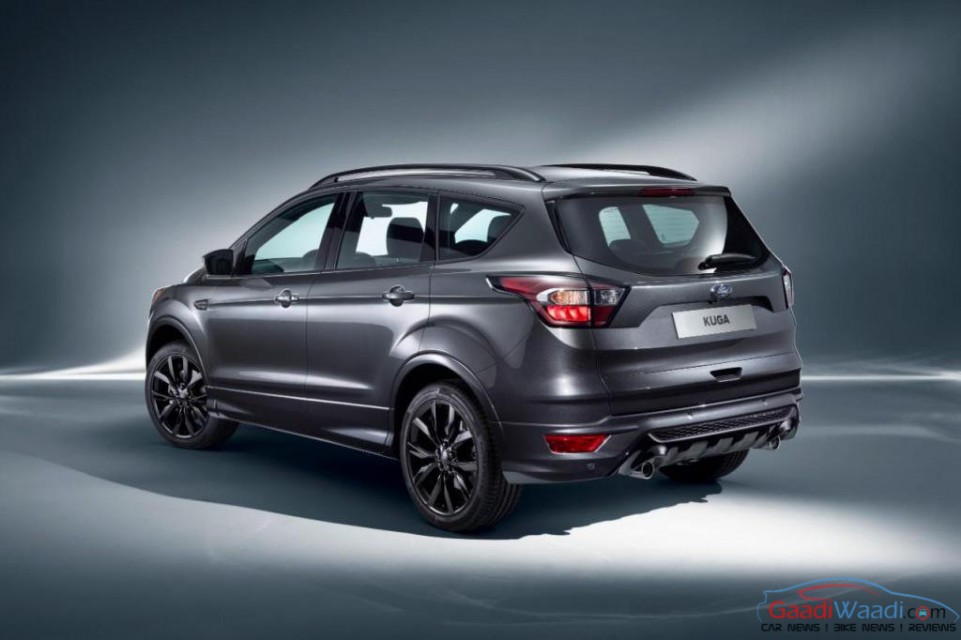 In terms of design, Ford Kuga follows the other contemporary SUVs from the American automaker’s stable. The SUV looks muscular from every angle and comes with strong road presence. Up front, the Ford Kuga gets a hexagonal shiny black front grille with horizontal slats alongside sharp looking headlamps with dual-beam appearance, LED projector lamp and integrated LED daytime running lights.

The front bumper looks chunky and gets a large air intake with honeycomb mesh. There are compact and rectangular LED fog lamps positioned at the blackened housing. The skid plate enhances the toughness of this SUV. Hood of the SUV features sleek and sharp character lines running towards the nose section and give the entire front fascia a sculpted look.

At the side profile, the Ford Kuga gets sharp character line, flared wheelarches, sporty glossy black alloy wheels, turn indicator integrated ORVMs, blackened glass area, sleek roof rail and sloping roof rail. Moving to the rear of the SUV, the Kuga comes with sharp taillights with smoked look at the edges and LED insert, a sculpted looking registration enclosure and a chunky bumper as well. Overall, the Ford Kuga comes very stylish as one of the best looking SUV in its segment. 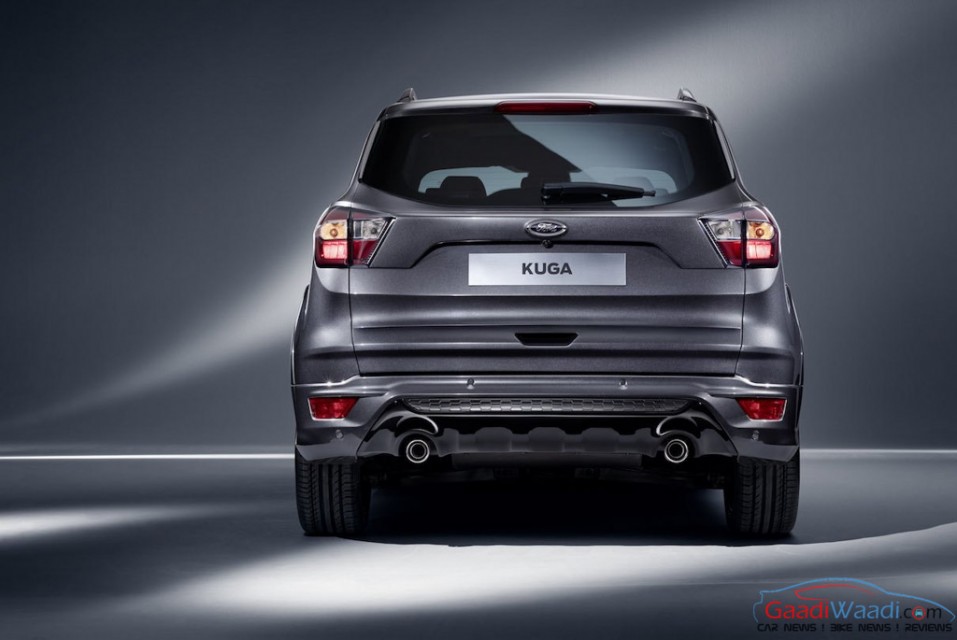 Upcoming Ford Kuga gets 188 mm of ground clearance, which ensures the vehicle is well capable of tackling the potholes of the regular roads as well as capable of performing tough tasks on rough terrains as well.

The SUV comes with a massive boot storage capacity of 406-litre that ensures enough space for luggage.

Inside the cabin, the 5-seater Ford Kuga will offer generous amount of space and comfort to the occupants thanks to the 4,524 mm of length and 2,690 mm of wheelbase. The styling job inside the cabin is pretty attractive. It gets a multi-function steering wheel, a uniquely designed instrument cluster with analog dials and a digital MID as well. The center console features a Ford SYNC-3 8-inch touchscreen infotainment system with Apple CarPlay and Android Auto.

Upon arrival, Ford Kuga will see tough challenge from Mahindra XUV500, while the Hyundai Tucson will be another tough rival against the Ford SUV.