French carmaker Citroen has confirmed that it would globally unveil the next-generation C3 on 16th September 2021. The debut will be held online, via online streaming, scheduled for 3:00 PM (Indian Standard Time). Also, this new SUV will make its way to the Indian market later, likely sometime early next year.

Citroen C3 has been spied multiple times during road tests on the streets of India, including both the outgoing model and the next-generation model. The latter has always stayed heavily camouflaged, but thanks to leaked images, we have a fair clue about the forthcoming SUV’s design. The next-gen C3 will continue with the same quirky design philosophy as the current model, but with plenty of changes.

The next-gen C3 will have vertically split headlamps at the front, which will integrate neatly into the chrome slats of the sleek upper front grille. The lower grille will be larger, and the front bumper will sport foglamps in hexagonal housings at the ends. At the sides, it will get a set of beautiful dual-tone wheels, and there will be black plastic cladding along the sides near the bottom, with faux vents. 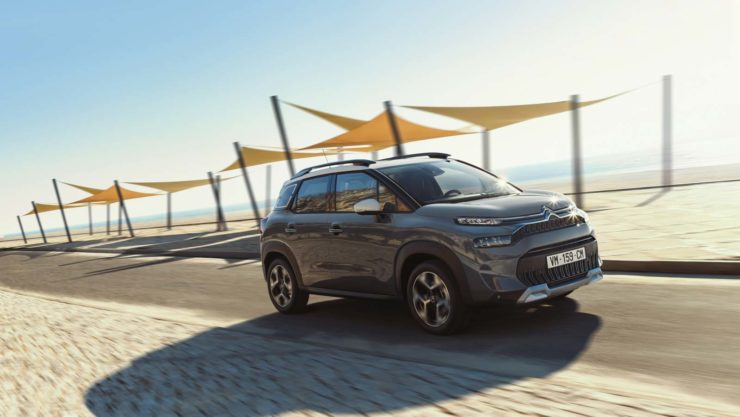 The vehicle will feature a set of wraparound LED taillights, along with a blacked-out bumper with a faux bash plate. Also, the little SUV will get a dual-tone exterior paint job (with a bright-coloured roof), along with a pair of roof rails. The ORVMs will also feature a dual-tone finish, with integrated turn indicators as well.

The upcoming new-gen C3 will be based on the modular CMP platform. The India-spec model will be built on a heavily localised version of the CMP architecture, for cost-effectiveness. As for the powertrain options, we expect it to be available with a few petrol and diesel engine options, along with flex-fuel powerplants as well, in the international markets. 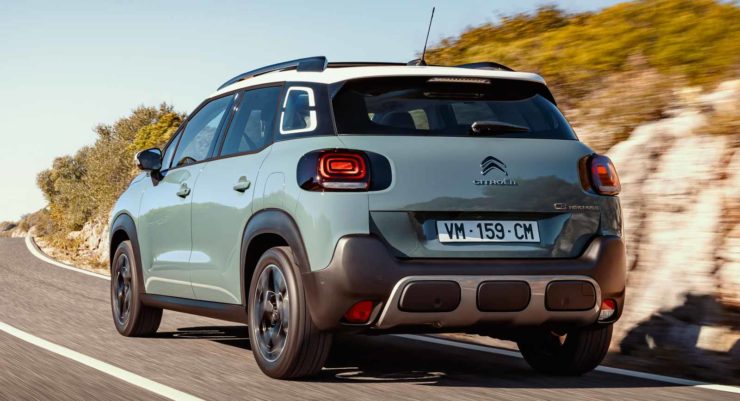 In India, we’d likely get a 1.2-litre turbo-petrol motor, available with both manual and automatic transmission options. The flex-fuel powertrain will likely be offered as well, as the government of India has been urging carmakers to focus on such tech. Upon launch in our market, the Citroen C3 will go up against the likes of Maruti Vitara Brezza, Kia Sonet, Tata Nexon, etc.

Images only for representation