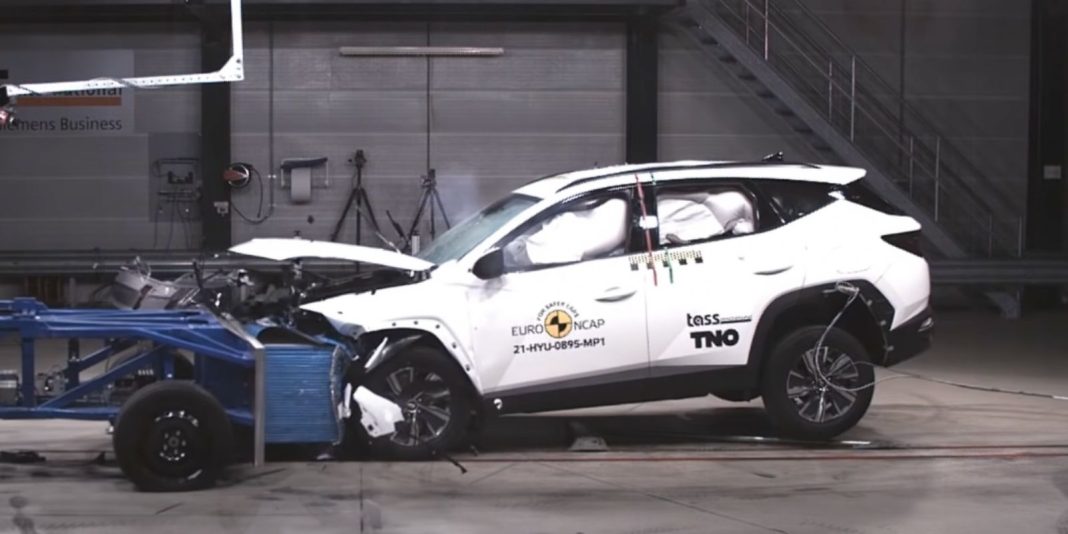 The fourth-generation Hyundai Tucson was evaluated by the Euro NCAP crash test organisation recently and it has been awarded full marks of five stars with 86 per cent score in the adult occupant, 66 per cent in vulnerable road users, 70 per cent in safety assist and 87 per cent in the child safety assessments. Euro NCAP says the crossover’s passenger compartment remained stable in the frontal offset test.

In addition, the 2022 Hyundai Tucson offers good protection to most of the critical body parts in the full-width barrier test with marginal driver chest protection. Similar evaluations have been observed for the side barrier test as well while the crossover scored the maximum points in the side pole impact test.

Only a few days ago, the latest global version of the Hyundai Tucson was spotted testing in India fuelling speculations that it could be launched in the near future. The crossover that is currently on sale in the domestic market is of the old generation and the new model takes Sensuous Sportiness design language to full effect with a unique front fascia.

If planned for launch, India could get a 2.5-litre four-cylinder gasoline mill pumping out 187 horsepower and 247 Nm of peak torque with the new generation Hyundai Tucson. In the international markets, a 1.6-litre four-pot engine with hybrid and PHEV options are also on sale. The performance-spec 1.6-litre turbo petrol unit may not make its way to India we reckon.