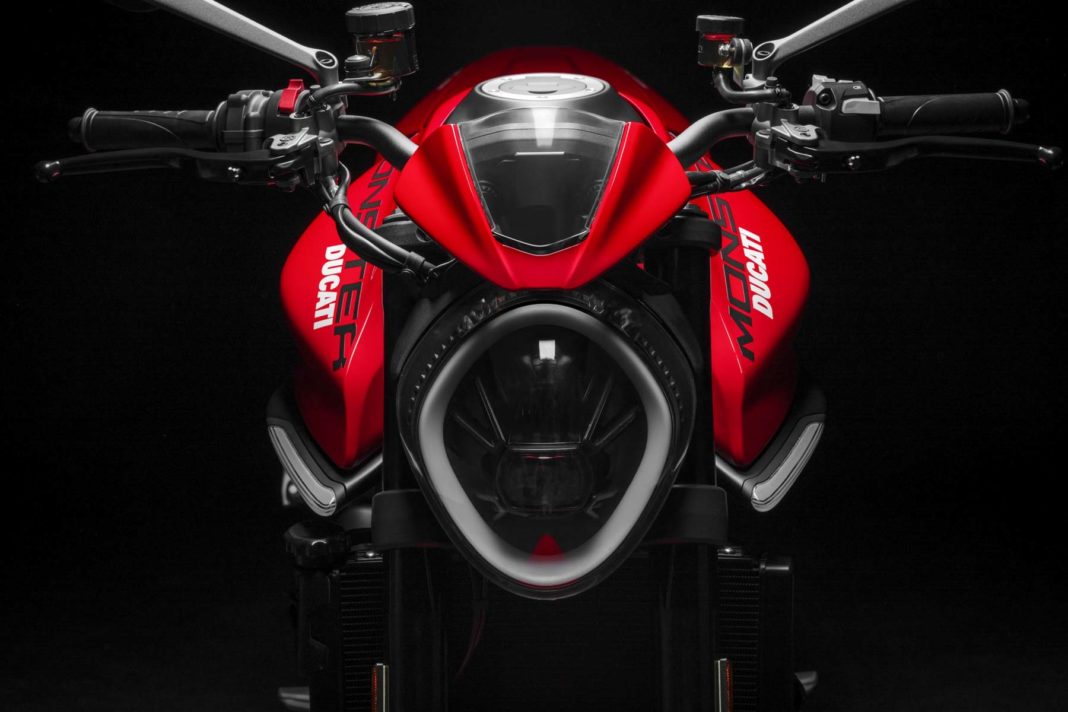 2021 Ducati Monster and Monster Plus are completely new models, while the Monster 1200 and 1200S remain unchanged for MY2021

Most importantly, the iconic trellis frame is gone on the Monster and Monster Plus, which feature traditional double-sided swingarm. On the ‘Plus’ model, the bike gets a cowl for the pillion seat and a tiny flyscreen at the front. The Monster 1200 and 1200S, however, retain the trellis frame, along with the older styling and a beautiful single-sided swingarm. The sculpted tank looks muscular, and the tail section is short and sharp, with LED taillights and LED turn indicators.

The Monster and Monster Plus are powered by a 937cc ‘Testastretta’ 11o L-twin motor, which replaces the older 797cc and 821cc powerplants. The new engine is capable of generating a peak power of 111 HP (at 9,250 rpm) and a maximum torque of 94 Nm (at 6,500 rpm). The transmission duties are handled by a 6-speed transmission, with bi-directional quickshifter and slip-and-assist clutch available as standard.

The Ducati Monster 1200 and 1200S have a 1198cc ‘Testastretta’ 11° L-twin, which develops 147 HP (at 9,250 rpm) and 123 Nm (at 7,750). This motor comes paired to a 6-speed gearbox as well, with slip-and-assist clutch and up/down quickshifter offered as standard. The suspension is adjustable at the front as well as the back, whereas in the smaller 937cc models, only the rear monoshock is adjustable.

Ducati is also offering the motorcycle with features like cornering ABS, wheelie control, traction control, launch control, and riding modes. The instrument cluster consists of a 4.3-inch TFT screen, which can be controlled via handlebar-mounted controls. The motorcycles are relatively light as well, with the Monster weighing 188 kg, while the Monster 1200 weighs 213 kg (kerb weight).

The price of 2021 Ducati Monster line-up ranges from $11,895 to $17,795 (around Rs. 8.79 lakh to Rs. 13.15 lakh). Ducati is expected to bring these motorcycles to the Indian market sometime during the next year. As these will likely be CBU imports, expect the prices to be even higher.