Honda Cars India will be launching the new-generation version of its popular City sedan in the domestic market late next month or in April, and it has been on sale internationally already. This gives us a preview of what the model is all about as overseas journalists have reviewed it.

The review linked below is from Thaiautonews Youtube channel as the RS variant of the 2020 Honda City was put into test. While acknowledging the handling characteristics and the sedan being powerful, the reviewer says the suspension felt too soft. He liked the steering feel and its responsive behaviour as well.

He further said that the new generation Honda City has a spacious interior and these are just his observations and we would give you a comprehensive look into the sedan when we get our hands on it. The 1.0-litre turbocharged petrol engine used in the RS variant may not make it to India anytime soon though.

India will continue to use the BSVI compliant 1.5-litre i-VTEC petrol and 1.5-litre i-DTEC diesel engines. The petrol motor could gain mild-hybrid technology and it could offer higher fuel economy than the outgoing unit. The biggest changes can be seen on the inside and out, as the 2020 Honda City gets a thorough revamp.

The front end boasts redesigned grille section with upmarket touches and a sleeker headlamp cluster with LED illumination. The revised front bumper has an aggressive stance and we can expect the India-spec version to be accentuated with chrome. On the sides, the major change will be the presence of newly designed diamond cut alloy wheels. 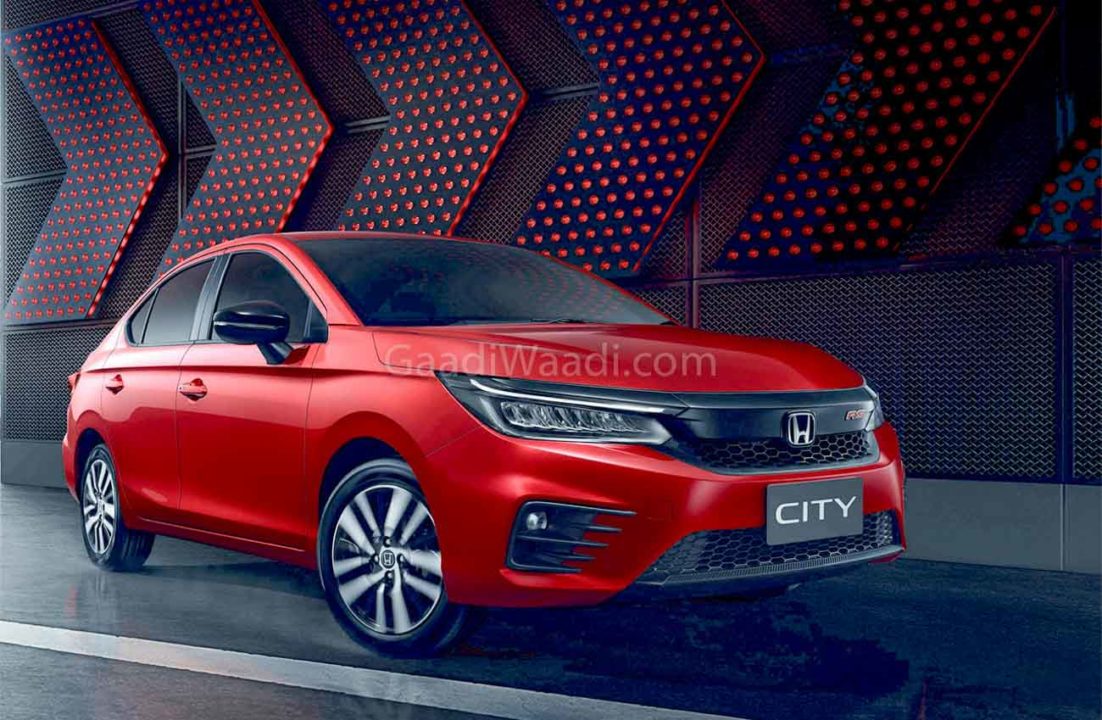 The roofline remains identical as the existing model and at the back, restyled LED tail lamps with new graphics can be seen alongside new bumper. The interior will adorn a brimmed equipment list comprising of features concentrating on offering comfort, convenience and safety to the occupants.

It will continue to rival Maruti Suzuki Ciaz, Hyundai Verna, Skoda Rapid, Volkswagen Vento and Toyota Yaris in the C-segment for sedans that have seen huge drop in sales in recent times. The all-new City could help in reviving the sales fortunes in the segment.