Suzuki unveils the Vitara facelift in some International markets like Germany with some exterior and interior changes. Unlike its sub-4 meter Indian cousin Maruti Vitara Brezza, the Suzuki Vitara is a full form SUV measuring 4.2 meters in length and expected to enter India next year as Hyundai Creta Rival.

The official images show us that the SUV has received an updated front profile in the form of a new redesigned grille which now gets slightly thicker chrome engulfed slats. The front bumper also has been redesigned with a larger air dam while the slightly updated LED daytime running lamps are positioned towards the bumper area.

The side profile of the new SUV, however, remains more or less same the only change which can be seen here comes in the form of a new set of alloy wheels which helps in adding a sporty overall theme. Towards the rear profile, the updated SUV features a new pair of LED taillamps and a redesigned bumper.

Step inside and the refreshed cabin will greet you with new better quality materials. Believe it or not but the dashboard gets plenty of soft-touch materials which adds a premium feel to the interior. The instrument cluster has also been revised while the updated central information display packs slightly more information now. 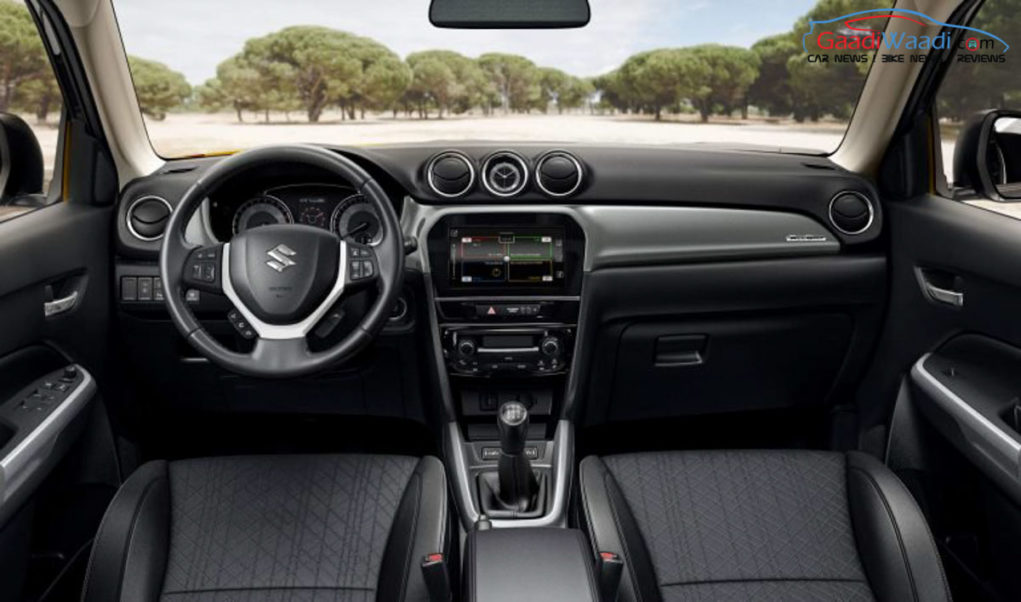 Under the hood, the updated Vitara will continue with the same 1.0 Liter, three-cylinder Booster jet petrol engine which delivers 111 ps and is a replacement for the bigger 1.6 Litre petrol unit. This engine also gets Suzuki’s ALLGRIP four-wheel-drive system with a manual transmission option.

The bigger 1.4 Litre four-litre unit, on the other hand, delivers 140 ps and 220 Nm of torque. These are the same drivetrains which power the S-Cross Crossover in UK. There is no information available about its diesel powertrain though. 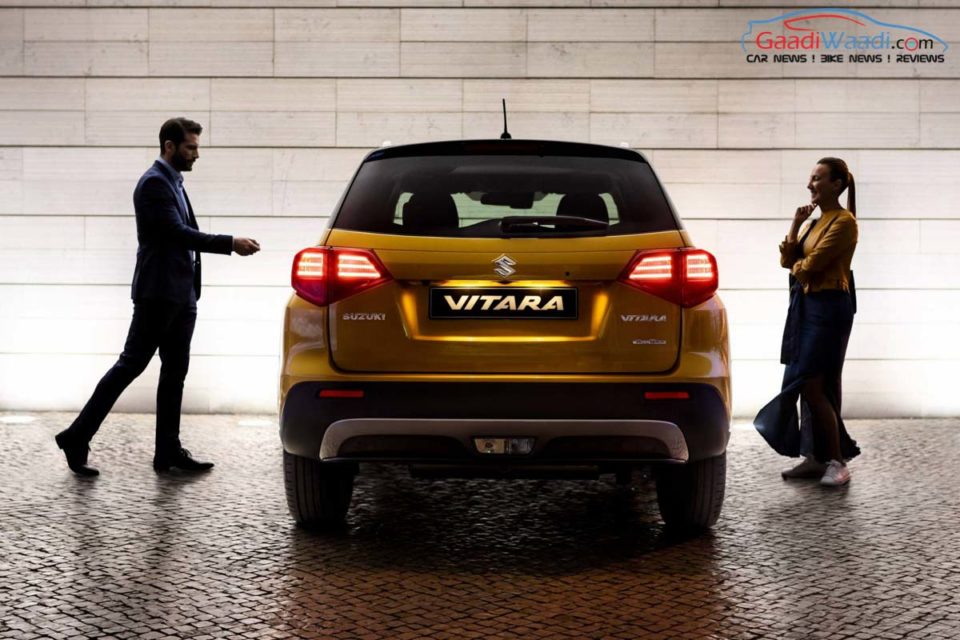 Apart from the cosmetic and mechanical updates the Vitara also gets a lot of safety updates which include dual sensor brake support (DSBS). This new safety support system uses a monocular camera and laser radars and gets an added pedestrian detection to the system.

Likewise, it also features lane departure warning and Prevention, Traffic sign recognition, blind spot monitor, and rear cross traffic alert making it an all-rounder safety system. The Suzuki Vitara is not available for sale in India currently but there is a fair chance that the Japanese automaker might think of re-launching the SUV in India once again.