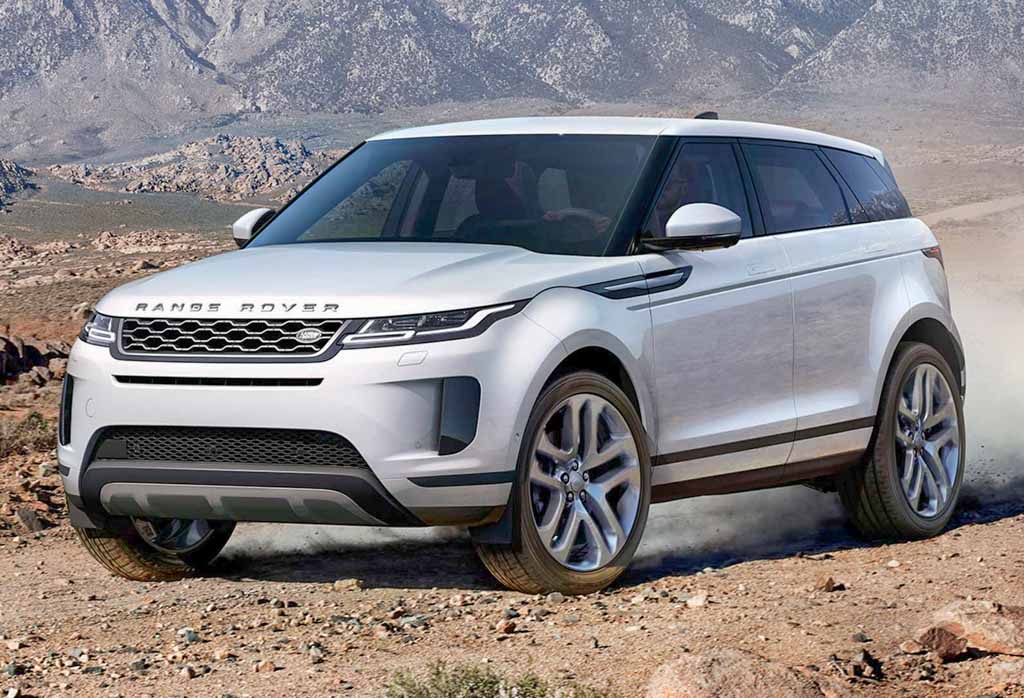 Land Rover hosted the global premiere of the new generation Range Rover Evoque several hours ago in London and it ends the more than seven-year run of the outgoing model. The unique silhouette and signature exterior remain the same with apparent updates on the 2019 Evoque.

The second-generation luxury SUV did not do away with the rather modern design of its predecessor and it’s a good thing in our opinion. However, it takes plenty of design influence from the popular Velar sibling with a sharper headlamp assembly and a more appealing hexagonal front grille surrounded by a chrome band.

The 2019 Range Rover Evoque does carry over an almost similar air intake in the lower portion of the bumper that also houses horizontal flaps. The tail lamps have gone sleeker as the Velar and the rear overhang is a bit shorter than before. The new Evoque rides on the updated D8 platform and uses a series of petrol and diesel engines.

The upcoming Tata Harrier uses OMEGA platform, which is a derivative of the D8 architecture that underpins over a million SUVs worldwide. The new Evoque continues to be powered by the 2.0-litre diesel engine in two states of tune: 148 hp and 237 hp. 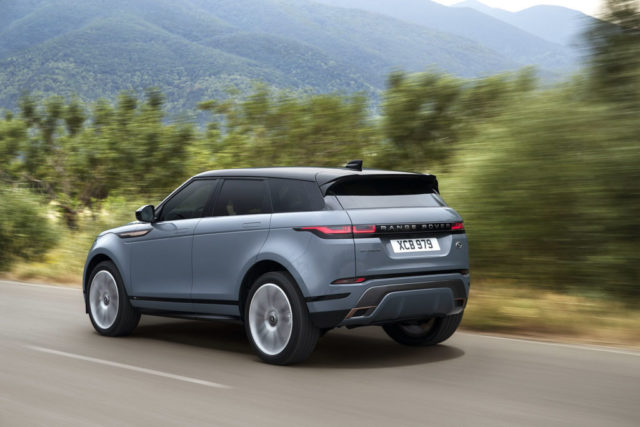 The petrol powertrain, on the other hand, is offered in either 237 hp or 296 hp configuration. While a six-speed manual transmission is available in a single diesel variant, all other grades get a nine-speed automatic unit sourced from ZF as standard fitment.

It comes with all-wheel-drive system and second-gen Active Driveline with Driveline Disconnect, Terrain Response 2 that detects surfaces automatically and adjusts ride setup. The new Evoque has water wading capacity of up to 600 mm and the new Ground View technology makes bonnet invisible by projecting 180-degree camera view onto the touchscreen. 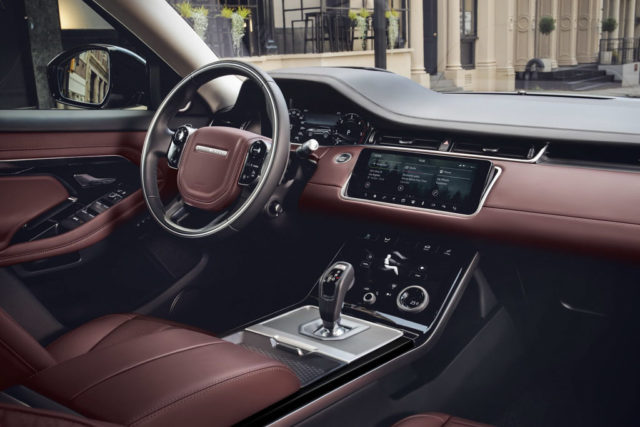 Due to the updated architecture, the Evoque will gain a 48 V mild hybrid system in 2020 and it will be followed by a PHEV variant. The British automaker claimed that it would offer fuel efficiency of 50.4 mph on WLTP cycle along with CO2 emission as low as 149 g/km.

The interior of the 2019 Evoque sees plenty of upgrades such as inclusion of a new steering wheel, new digital instrumentation, larger glove box, secondary touchscreen screen which helps in operating AC and stereo, as well as a large main touchscreen infotainment system. 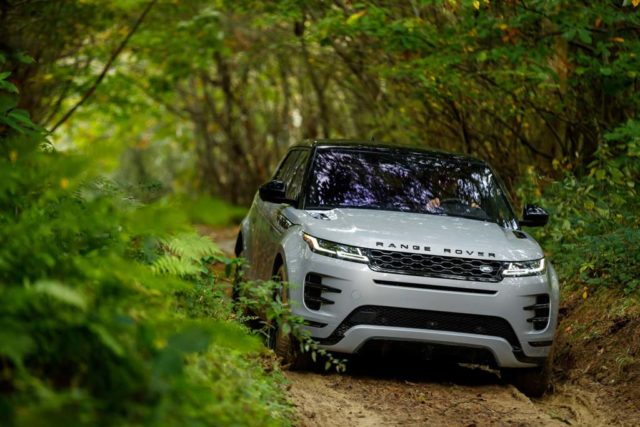 For increased cabin space, Land Rover has stretched the wheelbase that liberates 20 mm more rear knee room and 10 percent more trunk volume at 591 litres. When the second row seats are folded, as much as 1,383 litres of bootspace can be freed up as well.