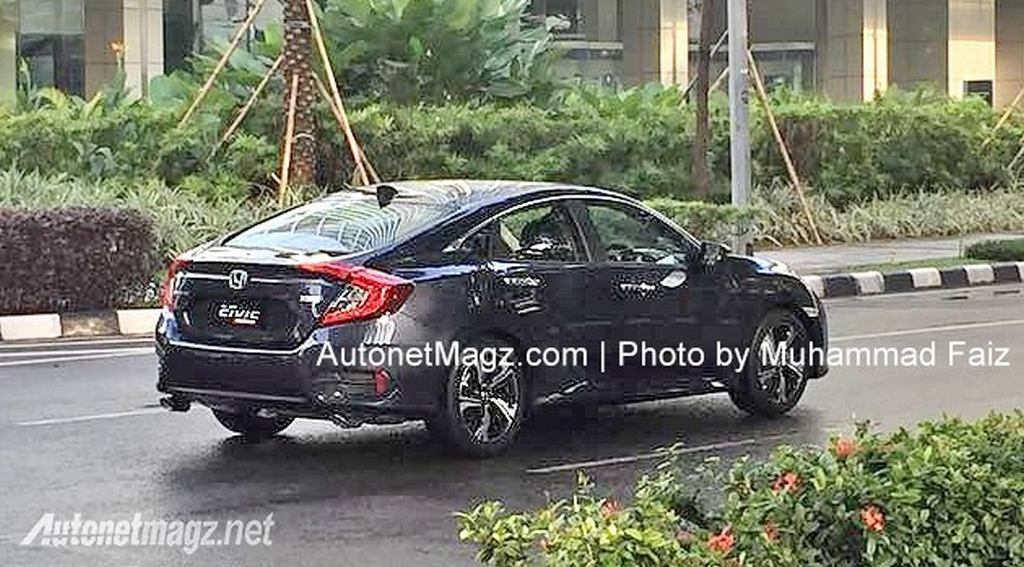 India-bound 2017 Honda Civic spotted testing in Thailand; could be launched in India next year

The all-new tenth generation iteration of the Honda Civic sedan has been caught undisguised running trials in Indonesia. The pictures of the test mule were released by AutonetMagz and the car didn’t have any number plate on it. This is the second time in as many months the sedan has been spotted in Indonesia indicating a soon-to-happen launch.

With the Indonesian market having more relevancy to India, we can assume that the exterior styling will be broadly similar for one of the most eye-catching Honda cars ever to grace our domestic scenes. The test vehicle spied in the Indonesian capital of Jakarta bore only the “All New Civic” tag at the rear. It signifies that the car could have been snapped amidst an advertisement shooting.

With Thailand receiving the new Honda Civic last week, expectations have risen higher over the arrival of the model to Thailand and subsequently to other Asian nation such as Malaysia and India. The 1.5-litre Turbo RS could be the top-of-the-line variant for Thai market judging by the 17-inch turbine design alloy wheels.

This stands true to the reports by the same publication that a turbocharged version without a rear spoiler and connected with a CVT automatic was waiting for approval. It’s more likely that Malaysia will be the next right-hand drive market along with Australia to get the new Honda Civic sedan and is expected to be locally assembled at the Japanese auto maker’s plant in the country. It will be one of the two CKD models planned by Honda for this year and the launch of the vehicle could possibly determine the timeframe for India. The new-gen Honda Civic could be adorned with full-LED head lamps, a seven-inch touchscreen with Apple CarPlay connectivity, six airbags, Honda Walk Away Auto Lock and ESP, blind spot detection technology, etc.

As for the mechanicals, the India-bound Honda Civic could adapt a 1.6-litre diesel engine that produces a maximum power of around 120 PS and 300 Nm of torque. It could otherwise be the 1.5-litre i-DTEC diesel that makes 100 PS and 200 Nm of torque. The naturally-aspirated 1.8-litre i-VTEC powerplant could be the one doing petrol duty under the bonnet. A continuously variable transmission (CVT) is more likely to be offered in the top-spec variants. Although, Honda Cars India hasn’t announced any plans to re-launch the model we expect it to arrive sometime in 2017.
Image Source: AutonetMagz