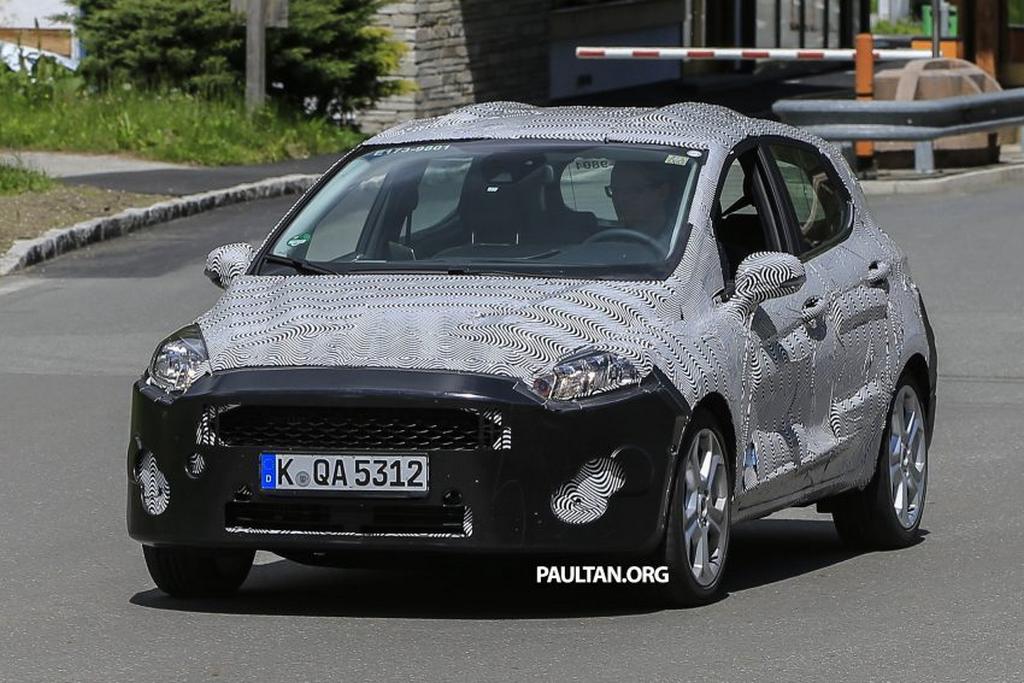 Ford’s growth in India has been stumbled by two reasons: Lack of products in its portfolio and existing models floundered to deliver. As part of multi-product strategy, Ford launched the new generation Figo hatchback and a sub-four metre sedan twin, the Figo Aspire, based on the same platform last year. Although at the final months of last year the Figo endured decent sales, it has since been facing the a huge slump.

On a contrary to its hatchback sibling, the Aspire soon after launch toppled the Honda Amaze in the August 2015 sales and has the pedigree to give the Swift Dzire a tough run for its money. But with the absence of novelty, the sale slowly dropped and it hit a desperate in February 2016 with only 855 units totally retailed. This accounted to 60 per cent dip for the Figo in the half-year period between October 2015 and March 2016 and 74 per cent decline between August 2015 and March 2016 for the Aspire sedan.

In a hope of attaining more market share, Ford stopped production of old Figo, Classic and Fiesta sedan. But it did backfire as the company was reported to cutdown the manufacturing of its existing models due to the poor sales run. Ford inevitably needs a new product and it could come courtesy of the Fiesta hatchback spied testing in European soil recently.

With the Fiesta name well received among customers, Ford could target a slightly upmarket segment. The premium hatchback space will fit the bill perfectly for the American manufacturer which instigated massive interest among customers in recent times. Here’s everything you need to know about the India-bound Ford Fiesta premium hatchback:

The Ford Fiesta premium hatchback could be launched in the country in the later parts of 2017 or in the beginning of the following year. It could be priced competitively between the Maruti Baleno and the Hyundai Elite i20. Thus, expect an ex-showroom price range between Rs. 5.5 lakh for the base variant and Rs. 8.5 lakh for the range-topping model.

It is more likely to adopt engines powering the Figo Aspire compact sedan. It comes available with three engine and two transmission options. The base 1.2-litre Ti-VCT petrol mill delivers 88 PS at 6,300 rpm and 112 Nm of torque at 4,000 rpm. It is mated a five-speed manual transmission as standard and returns a fuel efficiency of 18.16 km per litre. We predict a mileage of around 20 kmpl in the Fiesta hatchback. The diesel motor is the tried and tested 1.5-litre TDCI Duratorq engine that made its debuted on the Fiesta sedan and also does duty in the EcoSport. It has been tuned to generate 100 PS at 3,750 rpm and 215 Nm of torque at 1,750 rpm. This engine is married with a five-speed manual transmission and delivers an ARAI-certified mileage of 25.83 kmpl. The well-known diesel could return around 27 kmpl in the Fiesta.

The top-spec versions of the Ford Fiesta could get the 1.5-litre Ti-VCT engine which features a six-speed automatic dual-clutch PowerShift transmission and makes power output 112 PS at 6,300 rpm and 136 Nm of torque at 4,250 rpm. It is rated to give 17 kmpl fuel economy.

The current generation Ford Fiesta comes with 3,969 mm length, 1,468 mm height, 2,489 mm wheelbase and a width of 1,978 mm including door mirrors. Expect the proportions to vary slightly in the new-gen model. The sixth-generation B299 Ford Fiesta entered international markets eight years ago and Ford is working on a replacement for 2017 as revealed by recent spyshots from Europe. Compared to the outgoing model, the new styling will have a matured outlook as seen on the test mules. It is sophisticated nevertheless with an edgy design language and comprises of enlarged headlamps, dual-piece horizontal taillamps replacing the existing vertical units, slimmer kink on the window line, an aggressive side profile, sporty front and rear bumpers. It’s hard not to think that the performance-based Focus will have given the smaller Fiesta design cues to some extent. Appearing quite larger than its predecessor, it’s suspected to have more bootspace and it sat on larger 17-inch alloy wheels from the Fiesta ST. Believed to be based on the Global B platform as the B299, it will be positioned slightly upmarket than the under-performing Ford Figo, if launched, in domestic market. It will make way for the Ka to be placed in the European markets. It could carry forward the interiors from the Aspire with a dual-tone beige and black colour scheme, dashboard adorned with all-black treatment on top and rest with beige treatment, leather seat covers, Ford SYNC (With Voice Control) + AppLink composing of 4.2-inch multi-function display screen, Ford MyKey and Emergency Assistance. The driver and co-passenger airbags will be made standard across all variants and the top-end is more likely to get segment-first six airbags. The instrument cluster could retain a three-pod design with small multi-info display. The other necessary features that could make the features list are Electrically-foldable ORVMs, ABS with EBD, Automatic AC, Electronic Stability Program (ESP), Traction Control System (TCS), Hill Launch Assist (HLA), Height adjustable front seat belts and so on.

The all-new Ford Fiesta, if launched in India, will rival against the likes of premium hatchback segment’s top-selling Maruti Suzuki Baleno and Hyundai Elite i20 alongside the Honda Jazz.