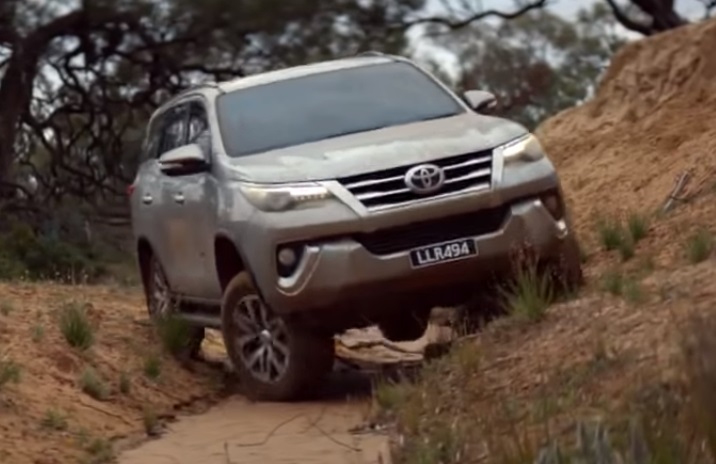 2016 Toyota Fortuner SUV is expected to be revealed at the Delhi Auto Expo, launch likely in 3rd quarter of 2016

Toyota Australia has come up with a new “Bred for Adventure” commercial for the 2016 Fortuner SUV that showcases the chunky off-roader’s capabilities in whatever the surface conditions it has to make do with.

The video boasts the Japanese manufacturer’s over-fifty years of rich history in Australian soil where the Fortuner has been seen mastering difficult terrains in the country’s outback province – one of the deadliest terrains mankind has every come across.

However, what we were really interested in the video was the luring way in which the SUV looked as the same design and overall styling could make it to Indian shores next year in the form of a heavily revised 2016 Toyota Fortuner.

Toyota imported a test model already to India for R&D purposes earlier this year for fine-tuning the machine to suit our road conditions. The sleeker front-end houses a V-shaped twin-slat grille with quite a lot of chrome and daytime running LEDs. The side profile features bigger wheel arches and turn indicators on the ORVMs.

Built on Toyota’s Innovative International Multi-purpose Vehicle (IMV) platform that underpins Innova and Hilux Revo pickup truck, the ladder frame chassis will elevate the Utility Vehicle’s combativeness on rugged roads even more than it is capable of in its current state. 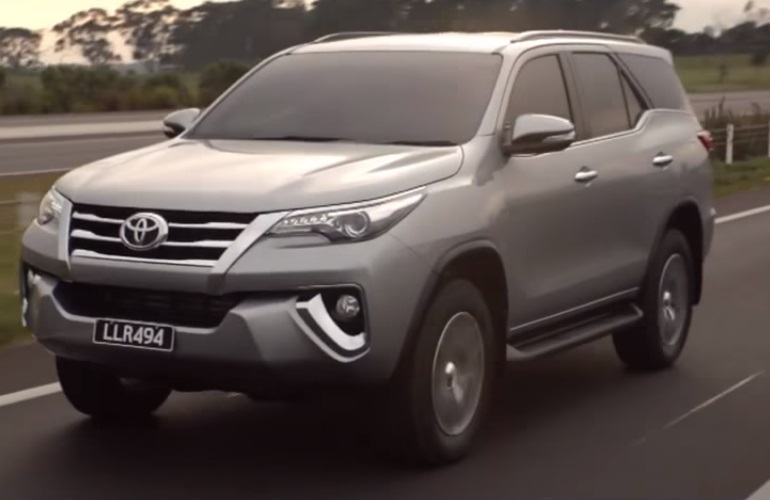 The 2.7-litre petrol engine is the only gasoline power unit offered as it churns out 166 PS and 245 Nm of torque. Six speed manual and automatic gearboxes along with four wheel and rear wheel drive systems are also set to be featured.

It measures 4,795 mm in length, 1,855 mm in width and 1,835 mm in height with 2,750 mm in wheelbase as similar to the older Fortuner. On the inside, the 2016 Toyota Fortuner comes with touchscreen infotainment system and improved safety features and will go up against usual nemesis in its SUV segment: the Chevrolet Trailblazer and new Ford Endeavour.