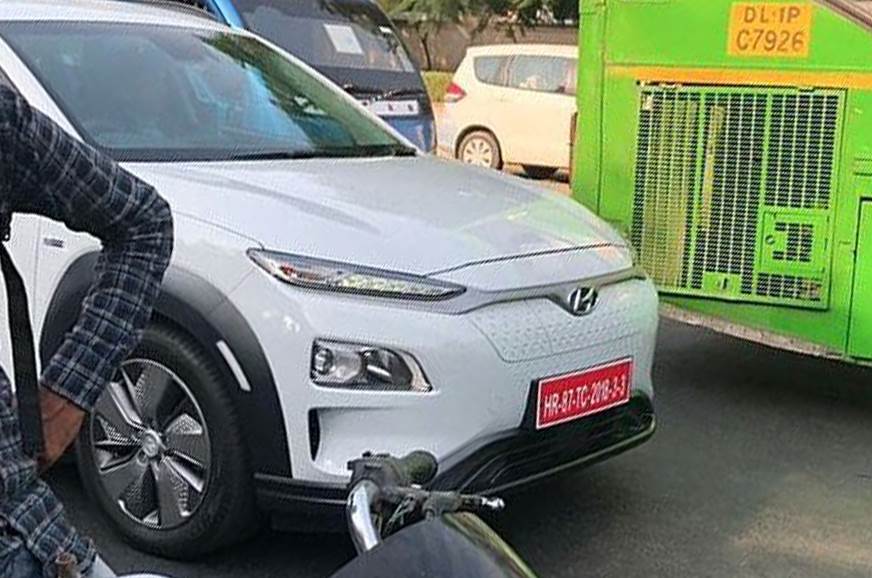 Hyundai’s first all-electric offering will be the Kona SUV which has been scheduled for its official launch in the year 2019. The electric vehicle was spotted recently on the Indian road for the very first time. We already informed you earlier that the Kona SUV is available in the international markets with two battery packs options including a 39kW and a 64kW unit. You can expect Hyundai to bring the smaller and more affordable 39 KW battery pack model to India.

To make life easier for the owner the lithium-ion battery pack can be charged to 80 percent capacity in just 54min by using a 100kW DC fast charger. While from a standard AC source the charging time goes up to about 6 hr 10 min.

As you can notice in the spy shots the Kona EV looks almost identical to the standard Kona SUV except few minor visual updates. On its exterior the Kona EV gets a closed grille towards the front, 17-inch alloy wheels on its side profile and an absence of exhaust pipe at the rear. 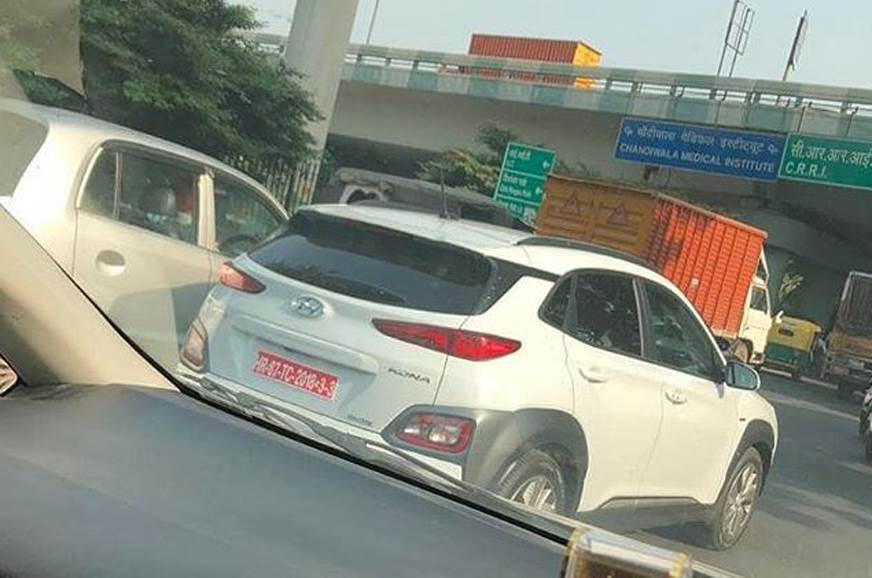 Inside the cabin, the Kona EV features a head-up display for the driver and a 7.0-inch infotainment touchscreen integrated into the dashboard. The Kona SUV also features heated and 8-way adjustable electric seats and a fully digital instrument cluster as well.

Unfortunately, the Kona EV gets only 332-liter boot space instead of the standard 373-litres on the standard SUV. The Kona EV also gets plenty of safety features in the International spec variant which includes adaptive cruise control, a lane centering system, rear cross-traffic alert, and automatic emergency braking but we doubt that all these features will be continued to the Indian market to cut the expense. 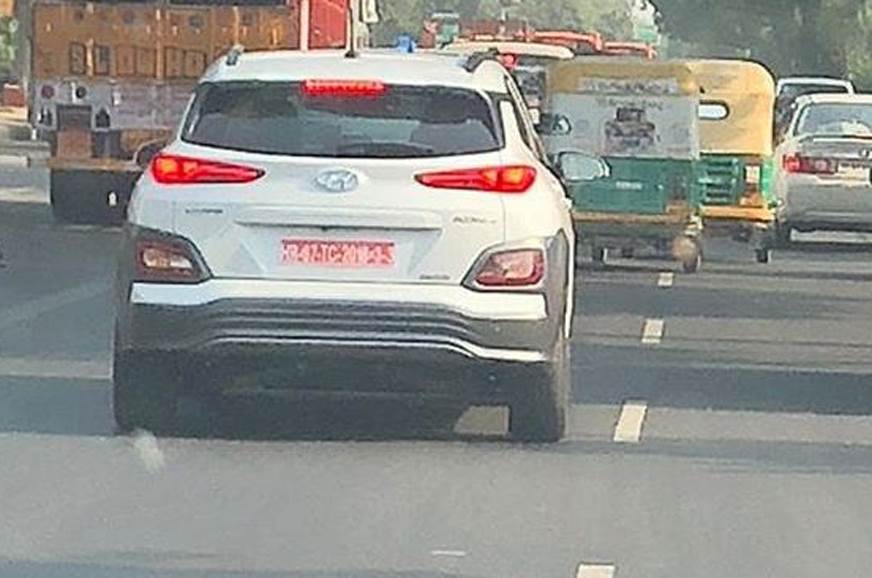 Hyundai has plans to locally assemble the EV in India using the CKD units to keep the overall pricing down. Expect the Hyundai Kona to launch next year in India and it will be priced around the 25 Lakh rupee mark.