Hyundai Venue N Line will go on sale on September 6, 2022 in India and it will get cosmetic changes and possibly a tweaked suspension

Hyundai Motor India Limited (HMIL) is all set to introduce the Venue N Line in the domestic market on September 6. The second largest car producer in the country already sells the i20 N Line in India with cosmetic enhancements, mechanical updates and interior revisions and the upcoming Hyundai Venue N Line will fall along the same lines.

The compact SUV received a facelift a few months ago and it has been well received amongst customers. It now sticks by the latest Sensuous Sportiness design philosophy followed by the brand globally. In addition, new features were also introduced to further spice up the package in the highly competitive segment that garners high volumes.

The Hyundai Venue N Line will sit at the top of the range upon its arrival and it will gain a host of updates including a tweaked suspension with a stiffer setup and a sportier exhaust system stimulating a more performance vibe. It will only be offered in the 1.0-litre three-cylinder turbocharged GDI petrol engine. However, with a single transmission option. 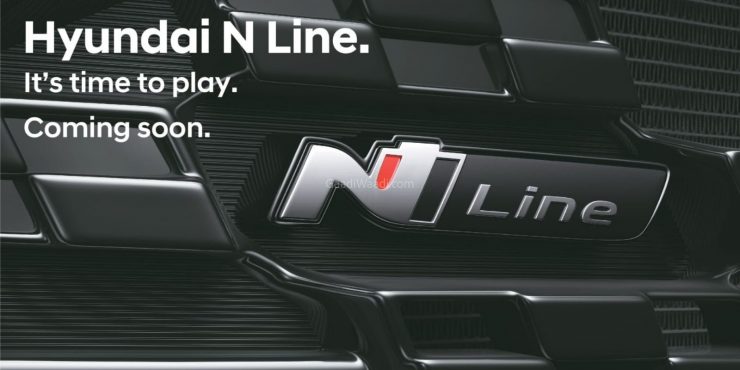 The i20 N Line can currently be had with both six-speed iMT and seven-speed dual clutch automatic transmission choices. But, the Venue N Line will be made available only with the DCT. It will be retailed in the top-spec N6 and N8 variants and thus they will be loaded with features including a large touchscreen infotainment system, six airbags, Bose audio, LED projector headlamps, etc.

On the outside, the sub-four-metre SUV will likely gain N Line badging on the grille, front fender, bumpers and the tailgate, alongside contrast red finishes to the brake callipers, roof rails, and other areas. It must be noted that there will be a set of newly designed alloy wheels and a twin exhaust system could also be present.

In a similar fashion, the interior could be equipped with a black theme along with contrast red accents to the seats, dashboard, door pads and centre console. The N Line logo could be embossed on the steering wheel and seats. Expect the pricing to be around Rs. 1.25 lakh more than the similarly specced variant.