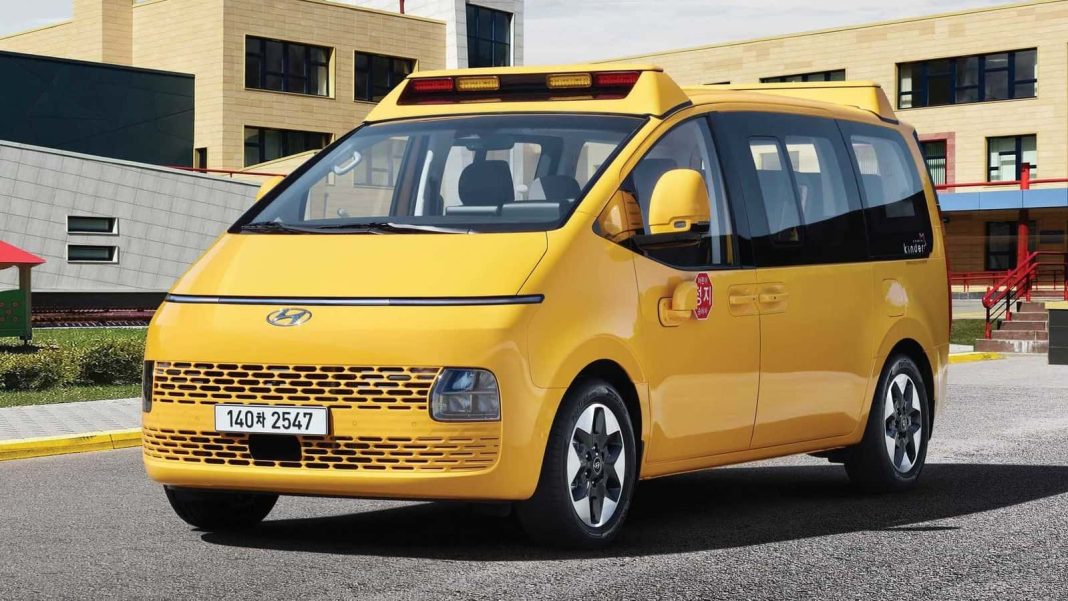 Hyundai Motor Company has added a school bus version to the Staria range, christened Staria Kinder, available with 11 or 15 seats

South Korean car giant Hyundai has unveiled a mini school bus version of the Staria MPV, named ‘Staria Kinder’. Kinder is the German word for children, which is an appropriate name suffix for a school van. Hyundai Staria is an extremely handsome MPV, and consequently, the Staria Kinder is perhaps one of the coolest school transportations in the world.

There are plenty of changes to the exterior to differentiate the school bus from the regular version. The Staria Kinder gets light bars on the roof, at the front and rear, along with a folding stop sign on the driver-side door. Then there’s the bright yellow paint job, which is pretty hard to miss when you’re out on the streets.

It is available in two variants – 11-seater and 15-seater – with height-adjustable seatbelts for all seats. This will ensure that kids of all ages and sizes will be able to sit safely in the cabin. There’s also a seat belt monitoring system, which alerts the driver if someone isn’t buckled up. Safety features like front collision avoidance assist, lane-keep assist, blind-spot collision avoidance, and rear cross-traffic monitoring system are available here. 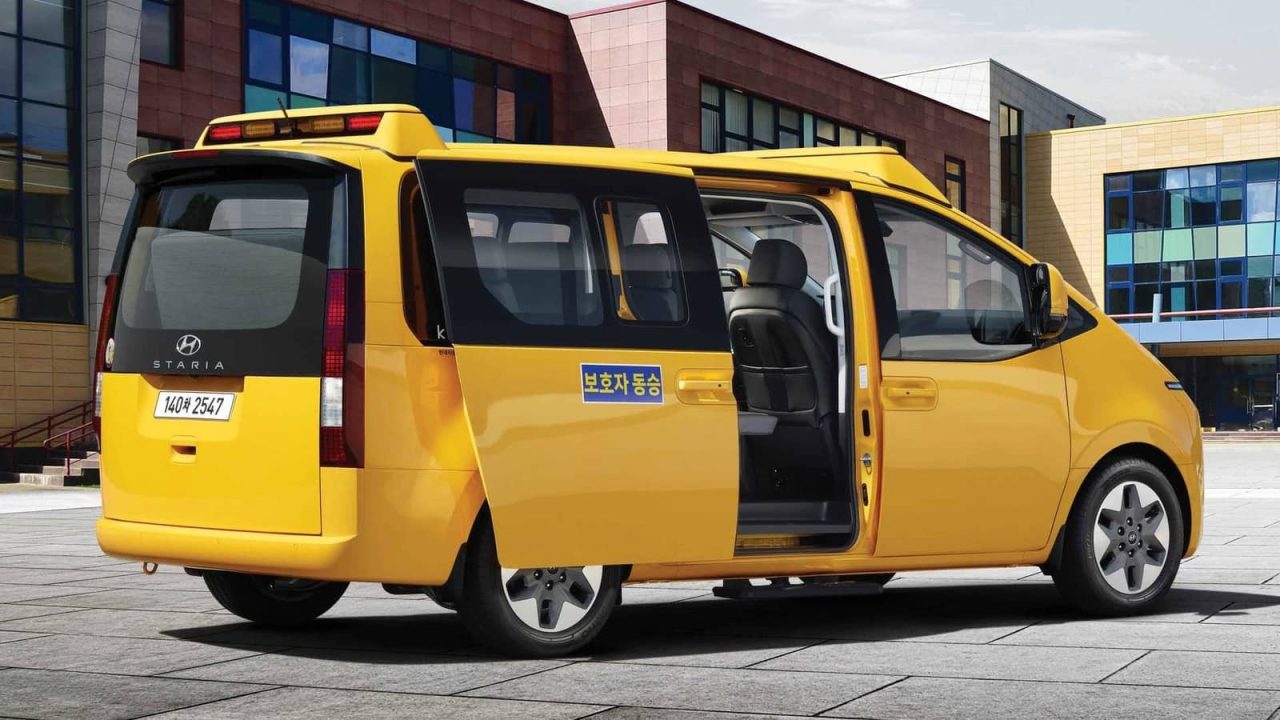 Hyundai has not revealed the powertrain options of the Staria Kinder. The regular Staria is available with three engine choices – a 3.5L V6 petrol unit (272 PS/331 Nm), a 3.5-litre V6 petrol-LPG unit (240 PS/310 Nm), and a 2.2L 4-cylinder turbo-diesel unit (177 PS/431 Nm). An 8-speed automatic transmission is available on all, while the diesel motor also gets the option for a 6-speed manual gearbox.

Hyundai Staria is also available in other versions, like loading van and camper. The manufacturer currently has no plans to bring the Staria to India in any form. That said, Hyundai is working on a new MPV for our market, rumoured to be named Stargazer, which will rival the likes of Maruti Ertiga and Mahindra Marazzo upon launch.