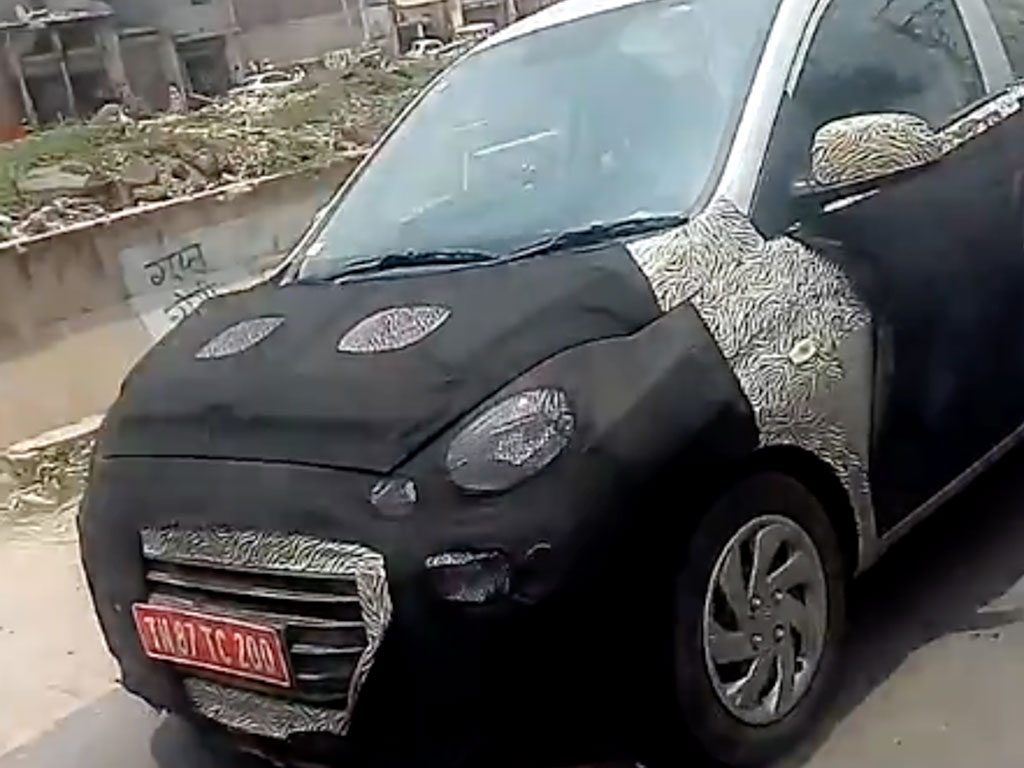 Hyundai’s most significant launch of the year will be an all-new hatchback, tipped to enter showrooms by festive season with high volume hopes. The South Korean manufacturer appears to be planning to revive a household name as the evocative Santro brand could make a comeback with the upcoming small car.

The nameplate was responsible for 1.85 million sales worldwide and will be instrumental in Hyundai’s target of achieving one million production at its manufacturing facility in Tamil Nadu after 2020. It is part of eight launches from Hyundai planned between 2018 and 2020.

Just as we can expect, the new Santro will stick by Hyundai’s philosophy of offering more for less as several first-in-class features are anticipated. The key highlight, however, is suspected to be the new automated transmission as the new Santro will be the first Hyundai to be equipped with the most affordable two-pedal technology within the range.

The Hyundai ‘Smart Auto’ technology will compete against the Maruti Suzuki AGS (Auto Gear Shift) equipped cars in the domestic market. The Celerio small car can be credited with bringing AGS (AMT) to the masses and the new Santro, which will be positioned between the Eon and Grand i10, will target Wagon R AGS and Renault Kwid’s Easy-R AMT.

Codenamed AH2, it has been widely reported that the production version of the new hatchback is based on the modified version of the old i10’s HA platform and will use the updated version of four-cylinder Epsilon petrol engine that powered the i10. As standard, a five-speed manual transmission will send power to the wheels.

Hyundai could price the new Santro in the vicinity of Rs. 3.5-6 lakh (ex-showroom). It appears to boast a spacious cabin with its tall pillar design and will be the smallest Hyundai to come grafted with Cascading grille judging by the spy shots. The top-end is expected to get touchscreen along with reversing camera while airbag and ABS will be standard across the range.