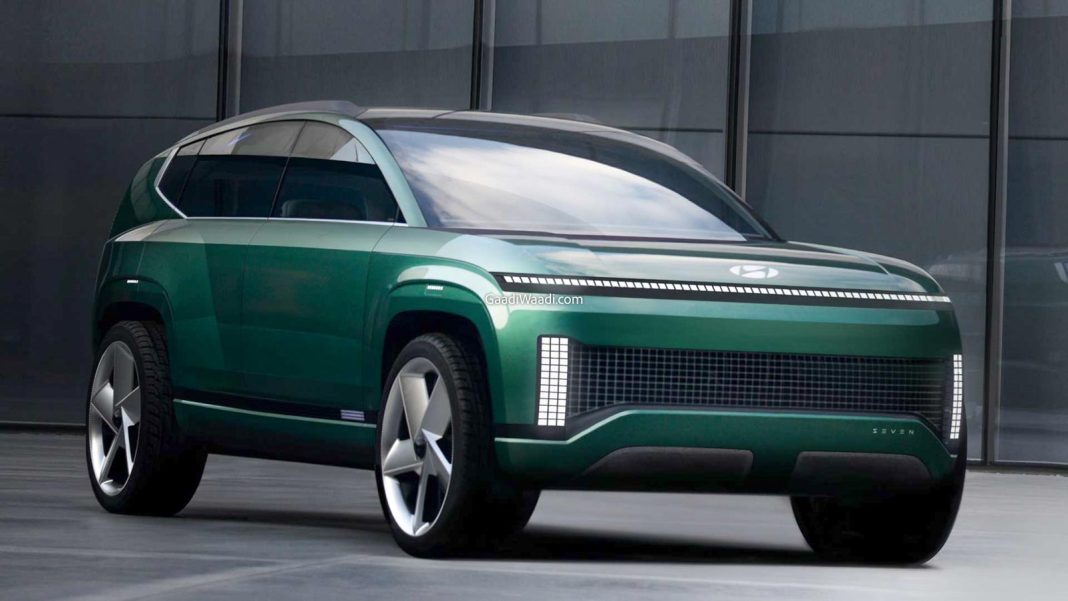 Hyundai has revraled the Seven Concept at the LA Auto Show and it gives an early preview of the road-going Ioniq 7 and is claimed to five a lounge like interior feel. Just as the Kia EV9 concept previewing a flagship three-row SUV, the Hyundai Seven Concept is also based on the E-GMP (Electric-Global Modular Platform) but the claimed numbers are slightly different.

The Hyundai Seven Concept is claimed to have a driving range of more than 483 km and using a 350 kW charging facility, it will reach from 10 to 80 per cent in just 20 minutes. The South Korean manufacturer has put a lot of emphasis on the interior and thus the wheels are pushed to the exterior to free up space for the occupants and it has a long wheelbase of 3.2 metres.

It does not have traditional seating configuration and instead has swivelling seats and a sectional couch. What is claimed to be a Universal Island is designed to feature home appliances such as shoe care compartment and a mini fridge while the panoramic OLED screen on the roof displays a number of things and can change the entire atmosphere of the cabin. 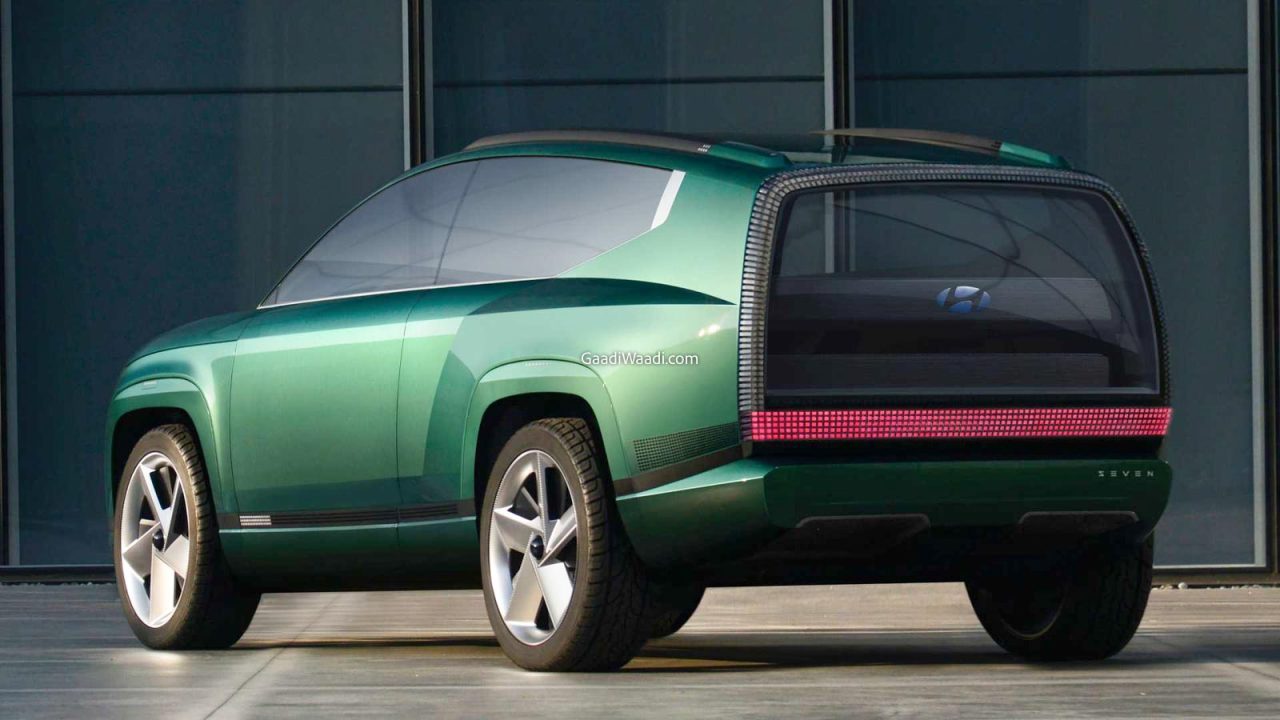 Just as the passenger seat, the driver seat can also swivel with retractable controls that can be hidden. With autonomous features, the Hyundai Seven Concept is envisioned with a compact cockpit that allows for more screens and the coach doors are pillarless. Ecological sound materials are applied to the exterior as well to showcase its environmental consciousness.

Some of the visual highlights are use of recyclable materials, extensive use of cupper on the inside, a hygiene Airflow System, UVC sanitizion provision, aerodynamic body panels, streamlined roof, Parametric Pixel lights, welcome light sequence, etc. The production Ioniq 7 will certainly be toned down compared to its conceptual version. 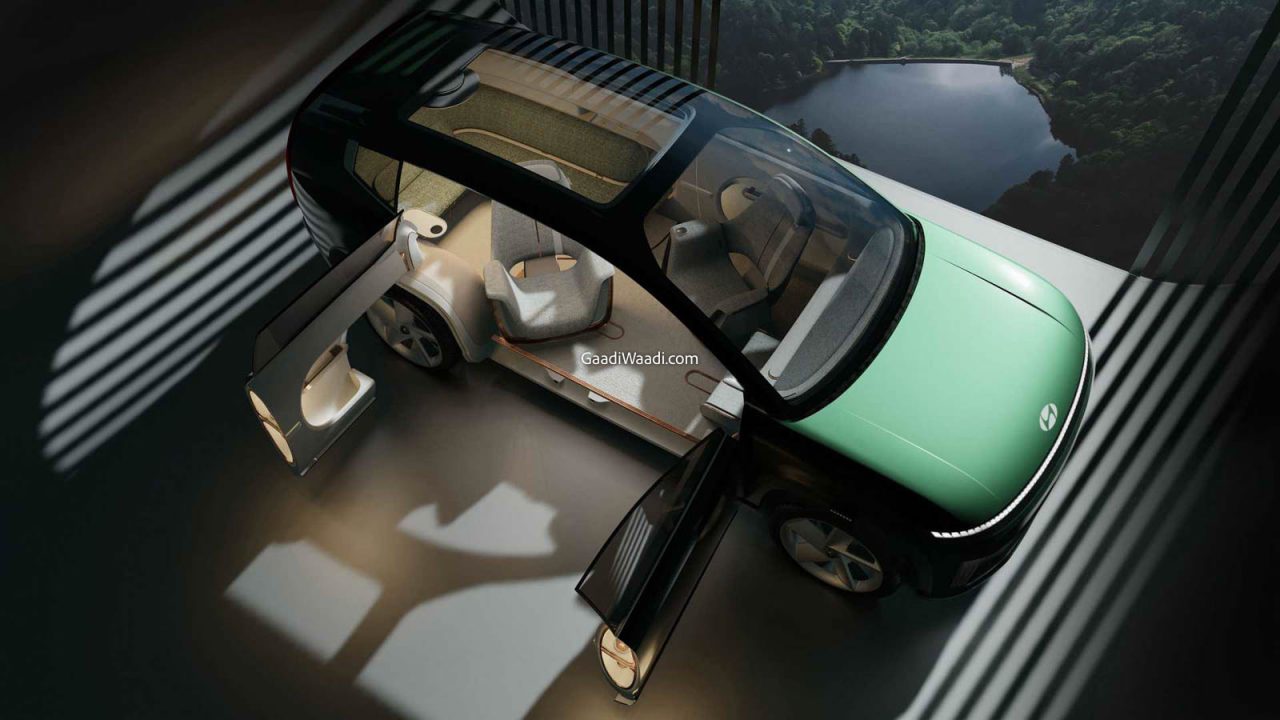 It will launch enter global markets sometime in 2024 and will have similar or slightly bigger dimensions compared to the current flagship SUV, the Palisade. It goes without saying that the three-row electric SUV will have several commonlaities with upcoming Kia EV9.