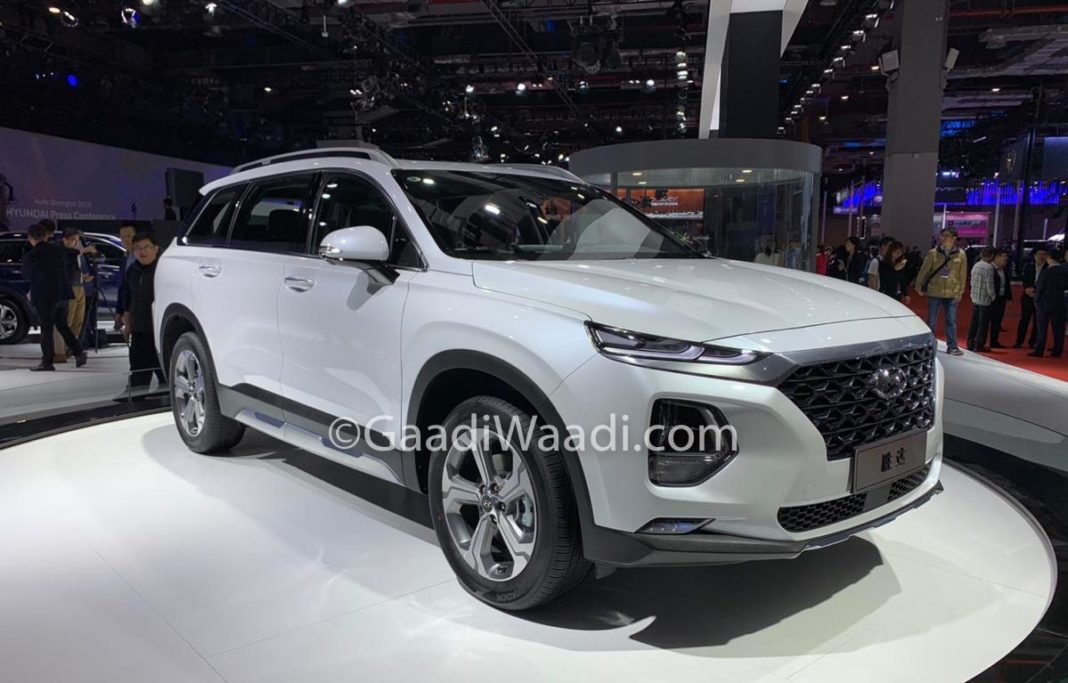 Hyundai Santa Fe LWB can be had in six- and seven-seater options; wheelbase increased by 100 mm compared to the regular model

Hyundai relies on Santa Fe for garnering volume sales across the globe but unfortunately the seven-seater SUV was withdrawn from India owing to poor sales. However, the Santa Fe’s reputation as a consistent seller has remained intact for several years and in China, it is venturing into new avenues courtesy of a new variant.

Chinese-specific cars are more often seen in the world’s largest auto market, as the buyers prefer more room at the back. In response, Hyundai has taken a standard Santa Fe and extended its wheelbase to accommodate more space for occupants. The Santa Fe LWB has just broken covers at the first press day of the 2019 Shanghai Motor Show.

The Santa Fe’s design influence on its smaller SUV siblings has been huge and the China-spec model remains true to its international version in this aspect. The LWB does get cosmetic changes along with the obvious stretch behind the rear door but up front, the design details have stayed identical compared to the standard model. 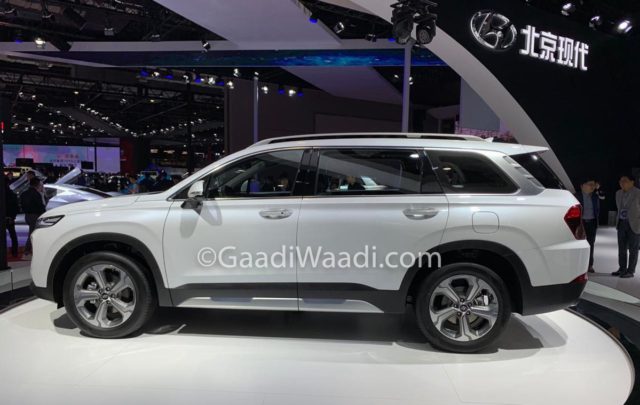 It retains a bold upright front fascia with sleek design elements comprising of split headlamp setup and now-signature cascading grille with honeycomb mesh. The window line behind the C-pillar has taken a different shape compared to the regular Santa Fe as the wheelbase grows by 100 mm and overall length by 160 mm.

The wide band of C-shaped tail lamps derived from the latest Sonata, newly designed tailgate and dual trapezoidal exhausts dominate the rear. The South Korean auto major has made some significant changes to the interior including a new touchscreen infotainment system, revised controls and restyled gear selector. 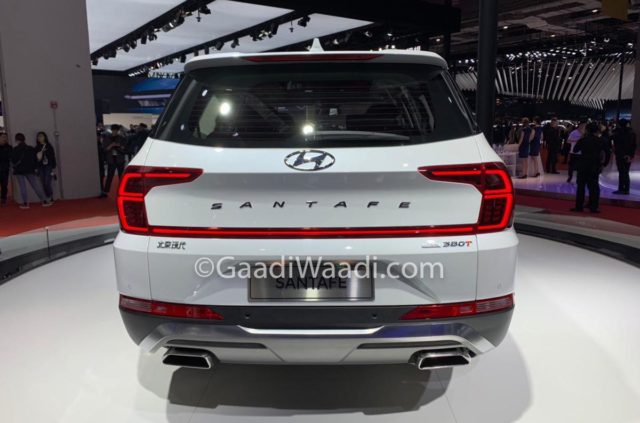 The Hyundai Santa Fe long wheelbase version can be had in two seating configurations: a six-seater with captain seats in the middle row (2+2+2) and a seven-seater with bench seat for the rear accommodating three passengers. Hyundai’s recently introduced fingerprint sensor based engine cranking and child alert system are also part of the package.