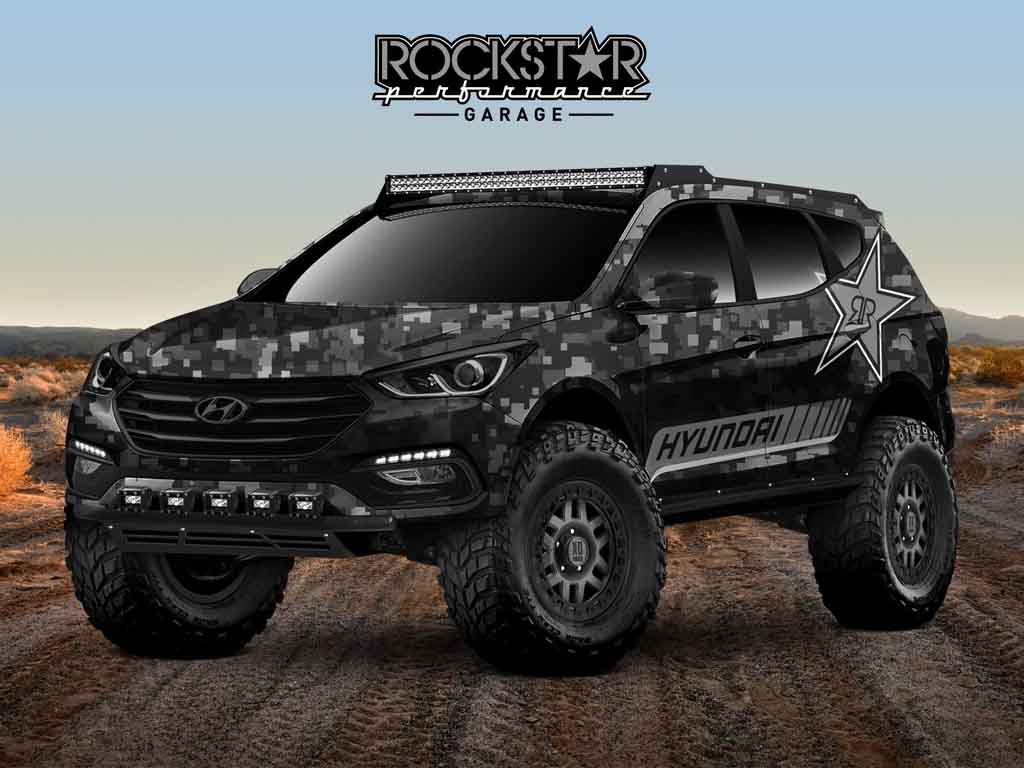 Hyundai is ready to uncover a very aggressive and extreme off-roader concept at the upcoming SEMA 2017 later this month in Nevada, United States. Christened as Hyundai Rockstar Energy Moab Extreme Concept, it is based on the Hyundai Santa Fe SUV and the off-roader has been designed to take the challenge of running on some of the world’s roughest terrains.

To be specific, this off-roader has been designed to take on the treacherous terrains of Moeb desert in Utah. As the Rockstar team reveals, this particular modified off-roader uses Hyundai Santa Fe Sport’s platform and powertrain. The modifier has pushed the car to its limit to perform extreme tasks thrown at it. 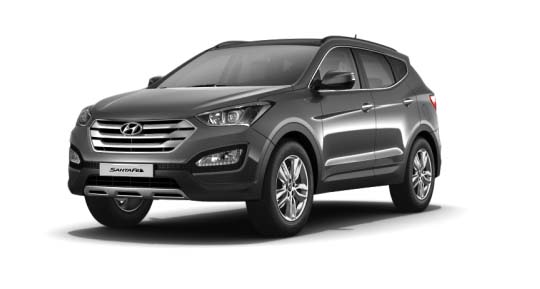 Both the exterior and interior of this off-roader have been customised extensively. It dons a unique black paint scheme with attractive body graphics. The front grille and headlamps remain same, but it sports LED strips at the fog lamp housings, additional LED lamps at the centre of the front bumper. There is a custom roof rack with wide LED light. Also, it dons custom skid plates and updated bumpers with Warn winch. 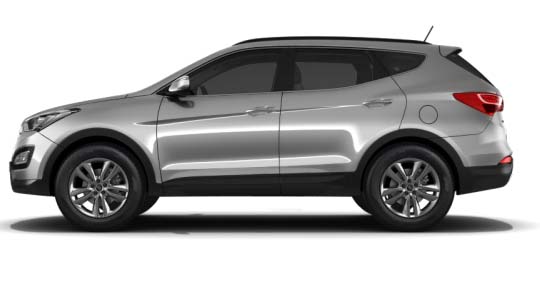 Inside the cabin too this modified Hyundai Santa Fe comes with a revised appearance. This rugged looking SUV gets a kicker audio system, leather upholstery, Bluetooth speakers. In order to make the of-roading experience more adventurous, it comes with Cascadia tents.