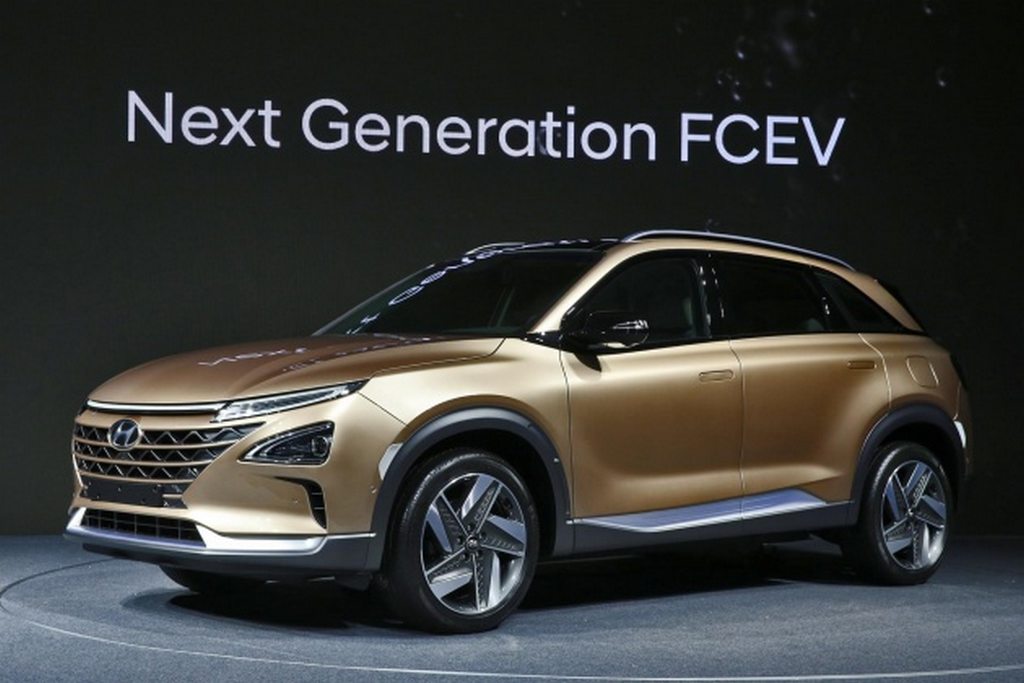 Hyundai has revealed its forthcoming hydrogen fuel cell SUV christened as the Next Generation FCEV. By the looks of things, it is almost in production body as the new model follows the footsteps of the FE Fuel Cell Concept showcased at the 2017 Geneva Motor Show in March. Making its appearance at the brand’s home capital Seoul, it gives the best preview of what the road-going model will be when it goes on sale.

However, the biggest point of attraction is not just the exterior but its driving range. The South Korean auto major claims that the Next Generation FCEV will be capable of achieving 580 km range (360 miles) on a single tank. It will succeed the Tucson fuel cell and is the second vehicle in the Hyundai’s lineup to borrow the new design language expressed on the conventional Kona B-segment crossover. 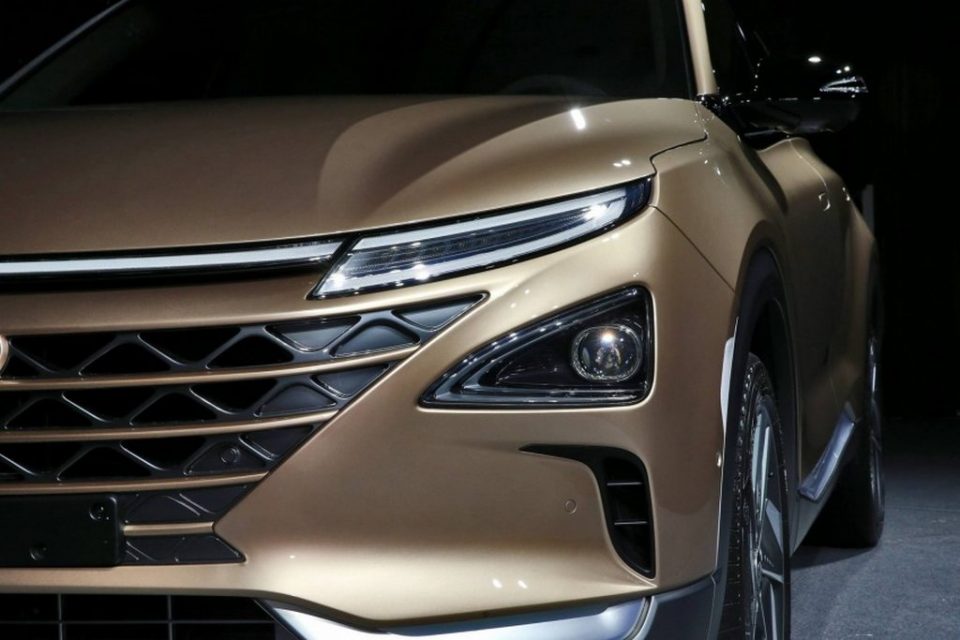 Up front, the Hyundai Next Generation FCEV features ultra sleek eyebrow lamps with LED technology and grille lines with wave pattern. The busy front end has a large air intake, angled projector lamps and under-body protection. The side portion comes with thick black fenders, sharp alloy wheels, black pillars and roof rails. The bonnet is stylish and well balanced in its appeal.

Hyundai has not revealed any technical specs of the new FCEV but it is reported to have an electric motor capable of churning out 120 kW (161 hp) and 400 Nm of peak torque and the drive is sent to the front wheels. The powertrain has major improvements over the unit in the Tucson FCEV in storage, performance, durability and efficiency. The system efficiency is now up by 60 percent courtesy of the component optimisation, improved performance and hydrogen utilisation rate of the fuel cell. 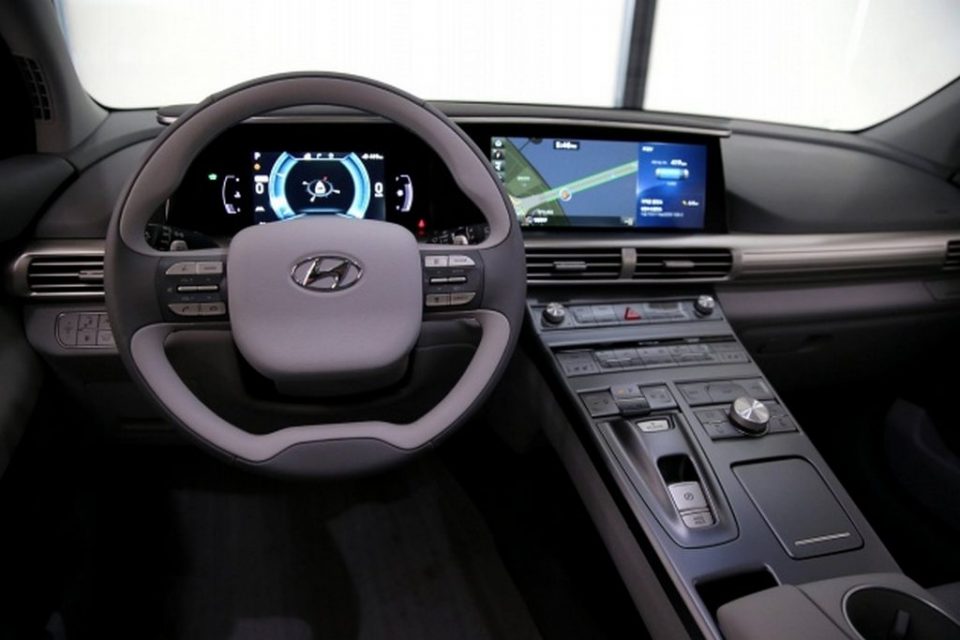 The 20 percent more power output is due to the improved variable pressure control technology. To rectify the cold starts in typical FCEVs, Hyundai has optimised the density of storage in the hydrogen tank and said those fuel cells will last 1,60,000 km over the course of 10 years, as equivalent to IC engine. Hyundai is planning to launch 10 hybrid vehicles, eight electric and 11 plug-in hybrids in the future as the green vehicles in its range will be increased from 14 to 31 by 2020. Also in the works is the electric version of India-bound Kona with range close to 400 km.