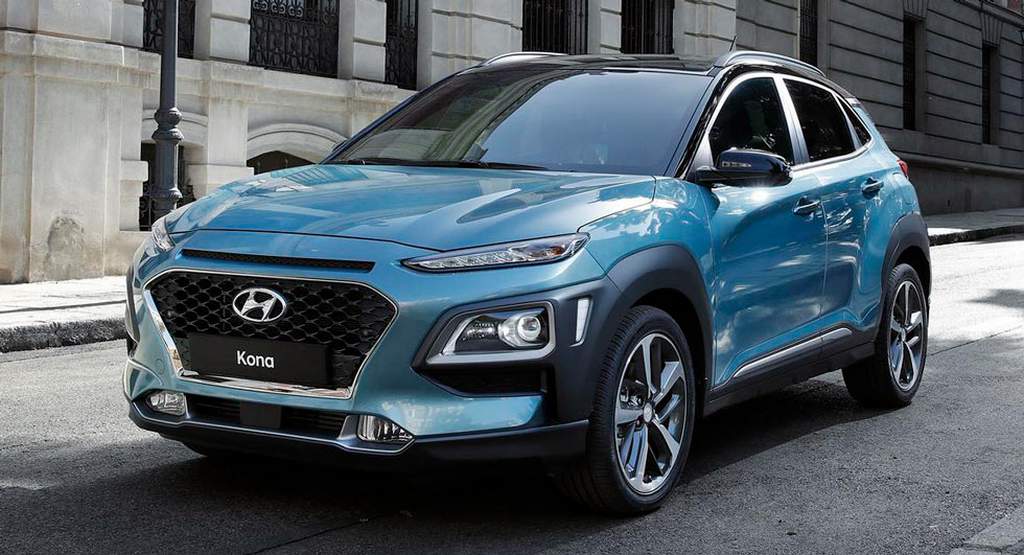 Hyundai Kona is based on a brand new platform as the Kia Stonic and is positioned between Creta and Tucson; comes loaded with tech and safety features

After a plethora of teaser images and videos, Hyundai unveiled the long-awaited Kona compact SUV in June. It followed just days after the similar-sized Stonic concept from its subordinate Kia as the Hyundai group plans global assault in the crossover space. The Kona SUV is said to have a “progressive appearance” and the grille gets flanked by separate lighting units similar to the Jeep Cherokee. Most importantly, the positioning of LED Daytime Running Lights above the LED headlights make the front fascia very occupied.

The separated lighting system is stated to “deliver a confident, progressive appearance with sleek and sharp shapes.” Also present are the tall seating position and four-wheel drive system as optional for international markets. Hyundai is relying heavily on Kona to elevate the brand to the top position as the leading Asian automotive brand in Europe by 2021. 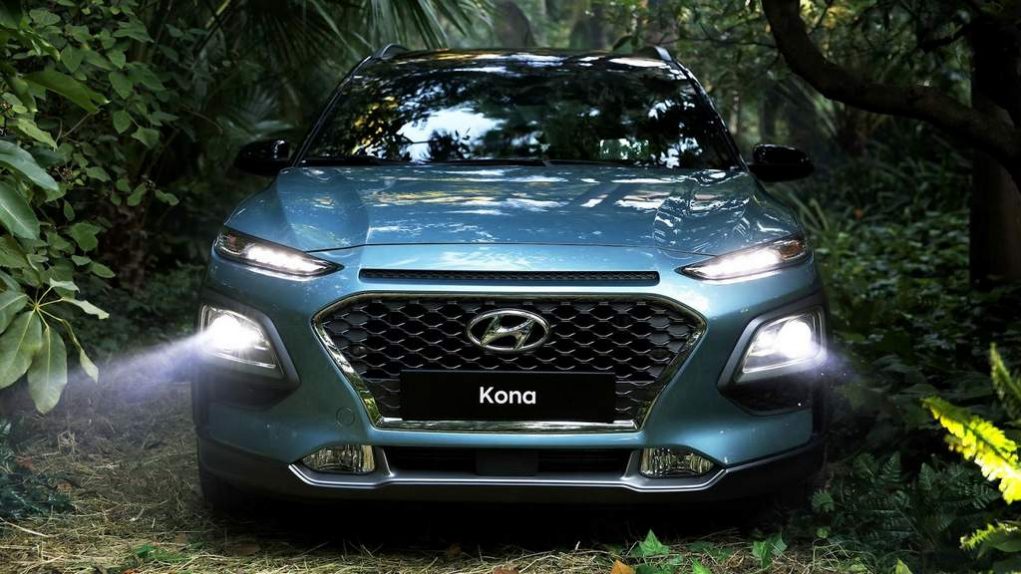 The small crossover’s nomenclature stands in line with the company’s American division filing trademark rights for the same moniker in late 2016. The B-segment sport utility vehicle is christened after the Kona district on the Big Island of Hawaii and with it you could sense the freedom and adventure perspective of the millennial enthusiasts Hyundai is trying to target at.

It has been added to the existing SUV portfolio that comprises of Grand Santa Fe, Santa Fe and Tucson. The South Korean brand also stated that the Kona is developed with emphasis on “driving dynamics” which would translate into setting new “performance” standards in the volume dishing compact SUV space. 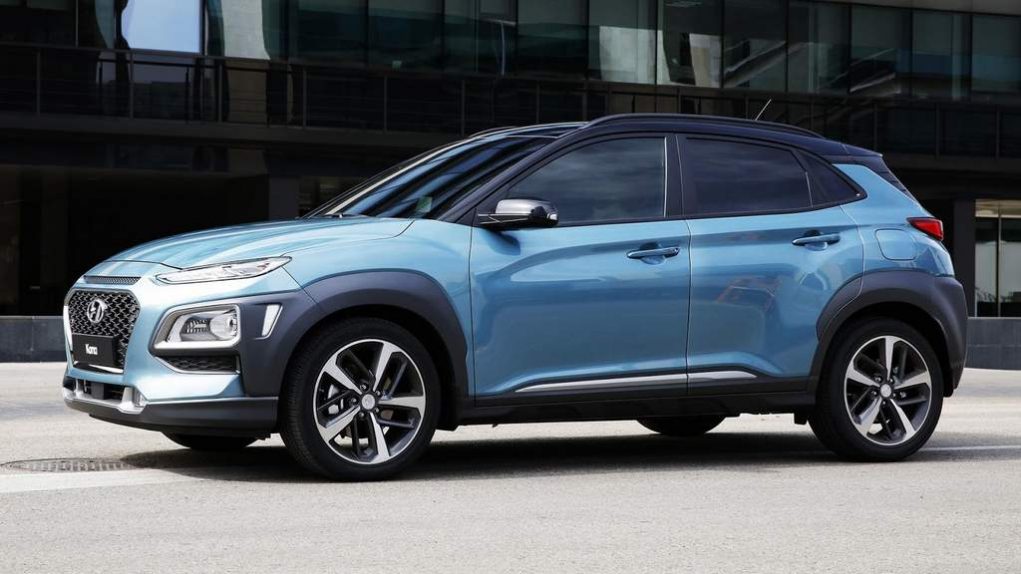 Pointing at the direction in which the next generation Hyundai SUVs will take, the Kona is claimed to deliver “best-in-class interior space and innovative design features”. There is an entirely different design followed for the headlamps as it looks horizontally aligned with a sleek appearance. As predicted, it has taken design cues from the Intrado concept showcased back in 2014 judging by the side profile but the i20-ish rear looks familiar indeed.

The SUV looks tall with short overhangs and the bodywork is built to accommodate ample interior space while being sporty with sloping roofline. The South Korean auto major introduced the model first into its home market before greeting foreign customers as it is a global SUV mainly focussing developed markets. It has made its North American debut at the 2017 LA Auto Show with a 2.0L petrol and a 1.6L diesel engine before going on sale in Q1 2018 in the US.

Also Read: 2016 Hyundai Tucson SUV AWD Could Launch by May Next Year 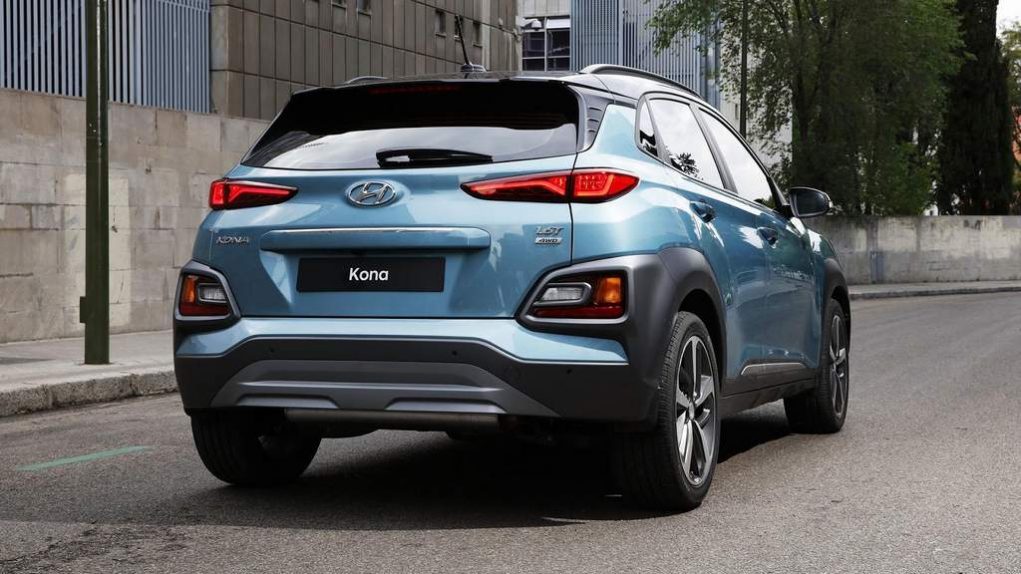 The Seoul-headquartered brand is looking on a wider reach of customers as internationally it seems to have the essence to be a hit product. Unlike previously expected, it is based on a whole new platform in line with the forthcoming Kia Stonic while sharing engines with the new generation i30.

With futuristic adaptation of Hyundai’s Fluidic design language, cascading grille assembly with LED headlamps and aggressive bodywork have accompanied with a bold front fascia. Moreover, it crucially gives plenty of indication into how the Carlino concept based subcompact SUV for India might look like. It is expected to arrive by H1 2019 and since the Kona name could be utilised overseas, it might well step in to our market as well.
Also Read: Hyundai Small SUV Could Launch in Early 2019; Powered by 1.0L Turbo Engine 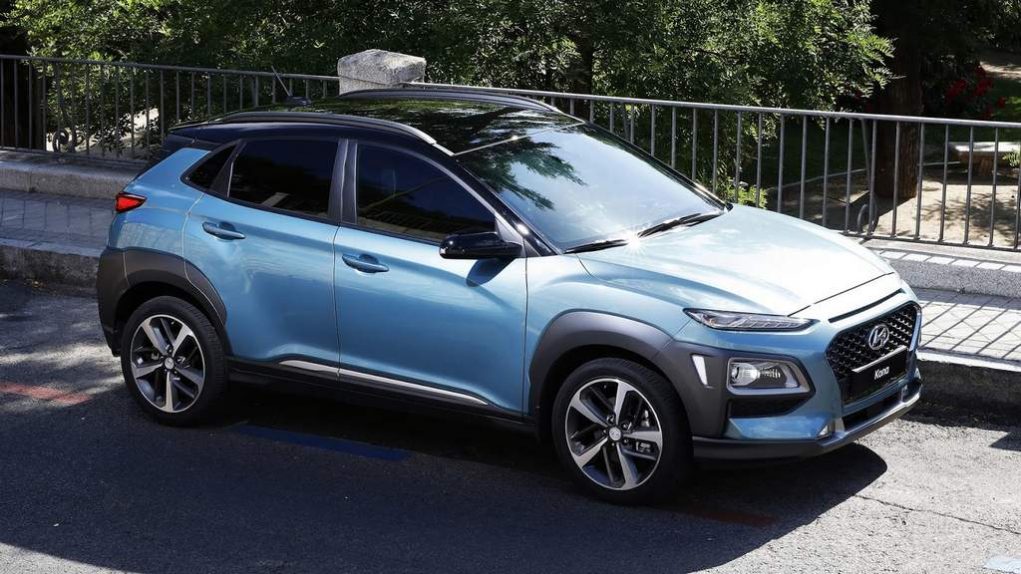 The Hyundai Kona will be positioned between the Creta and Tucson and it measures 4,165 mm long, 1,800 mm wide and 1,550 mm tall and has 2,600 mm wheelbase. As for the powertrain options, it will get tiny turbocharged petrol engine and diesel engines as base offerings.

A tiny 1.0-litre turbo petrol might be used for the developing markets. In foreign markets, the Kona will compete against the likes of Nissan Juke (now replaced by Kicks in US), Peugeot 2008, Fiat 500X, Renault Captur, Honda HR-V, Toyota C-HR, Mazda CX-3, Citroen C3 Picasso, etc.

Hyundai says the 4WD drivetrain, exhaust, suspension components and underfloor layout have been optimised to reduce the intrusion of central tunnel that plagues interior space and lower the seating position for better COG (Centre Of Gravity). The Kona features flat folding split rear seats with two level loading floor which is said to be good enough for a bicycle or a golf club items.

Sticking by the stringent emission norms, the European customers will get access to a smaller 1.0-litre T-GDI three-pot turbo petrol motor mated to a six-speed manual gearbox. It develops 118 hp and 172 Nm peak torque that would help achieve a 0-100 kmph time of 12 seconds and 181 kmph max. speed. A 1.6-litre frugal diesel is also presented for select countries Europe. 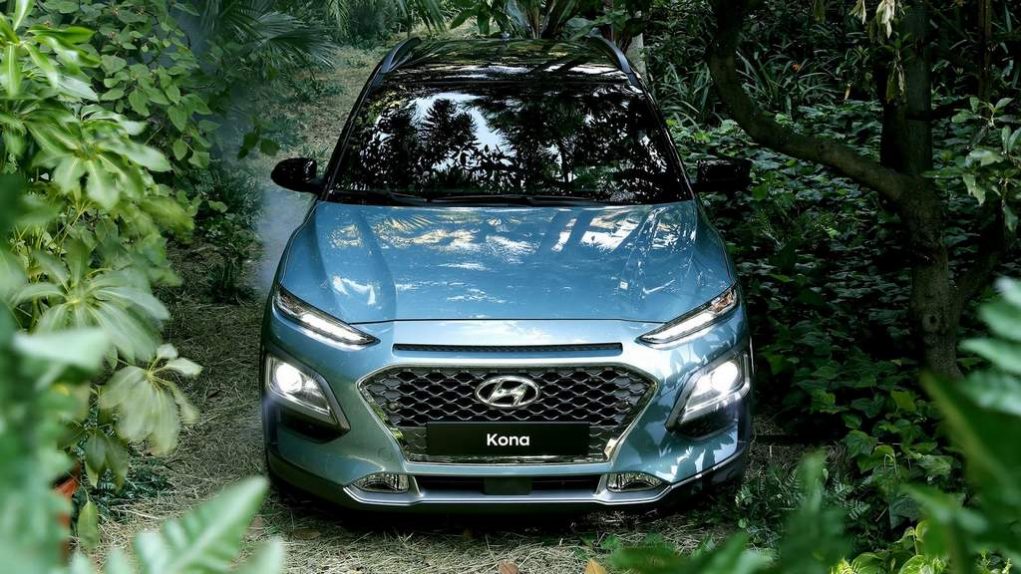 Hyundai is trying to lure the attention of tech savvy buyers clearly as the infotainment system between 5 and 8 inch sizes comprises of Apple CarPlay, HD radio, rear camera, Android Auto, 4G telematics and so on. In recent months, the speculation of the appearance of electric Kona for the Indian market has surfaced thick and fast as well.