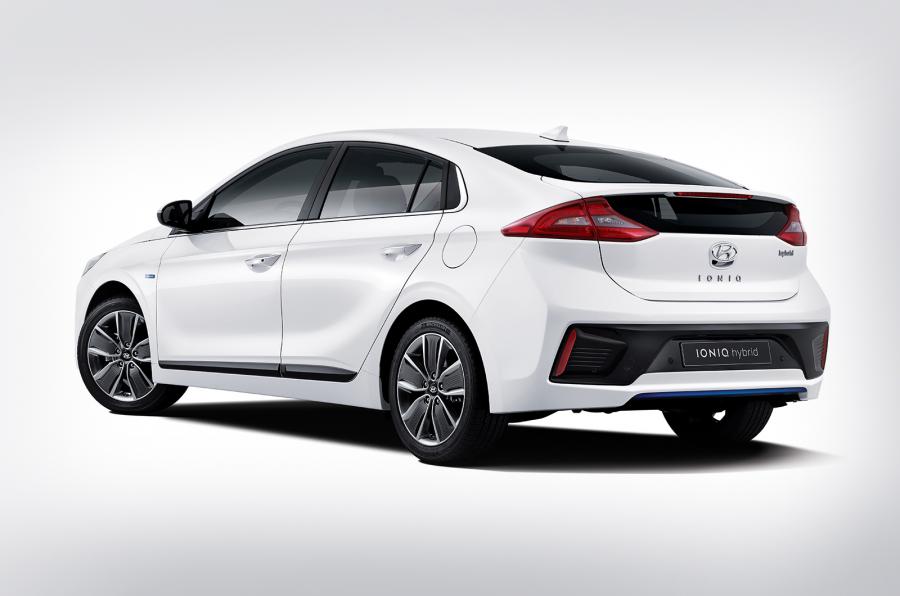 Developed on an all-new advanced platform which could be adapted to build plug-in hybrid and all-electric versions, the Hyundai Ioniq heralds the South Korean manufacturer’s fresh take on a fully-fledged hybrid vehicle. It will be offered in gasoline/electric hybrid variant first and the electric as well as plug-in gasoline/electric hybrid versions are expected later. It will be sold in five trim levels for the South Korea market: I, I+, N, N+ and Q.

The Ioniq is more likely to be launched this month in Korea before making European debut at the 2016 Geneva Motor Show in March followed by appearance at the New York Auto Show. The Ioniq EV will have a high capacity lithium ion battery to produce longer range. The plug-in hybrid version(PHEV) has chargeable plug-in battery to increase the vehicle’s range and minimise emissions. The hybrid model (HEV) comprises of a petrol engine and an on-board battery that can be charged via Kinetic Energy obtained from the car’s motion. 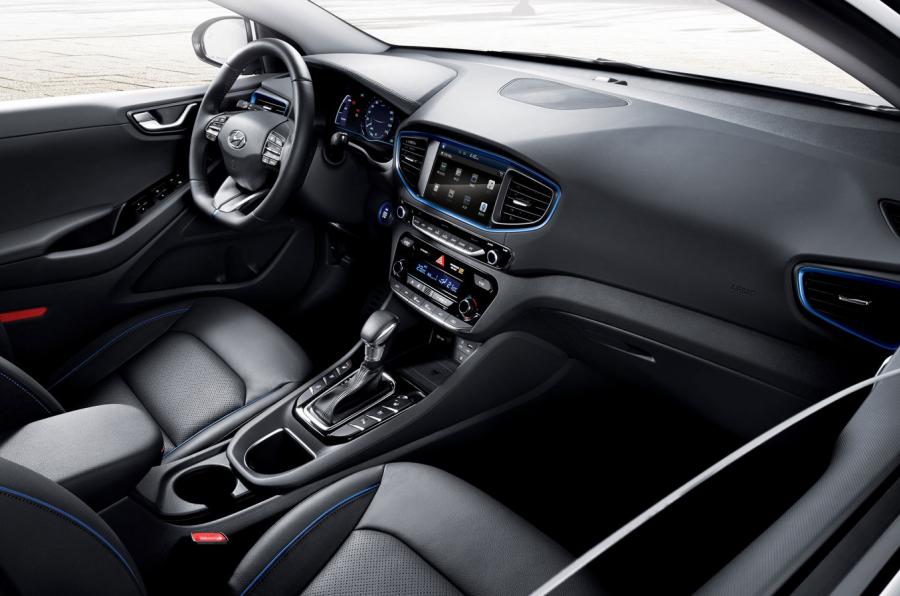 With the front fascia of the production-spec model yet unknown, the side and rear profile of the car depicts the typical look of a hybrid vehicle as the back side has been set high with a tapered roofline. More than half of the construction has utilised Advanced High Strength Steel (AHSS) and lighter aluminium materials to trim down the weight in obsession towards improving efficiency. 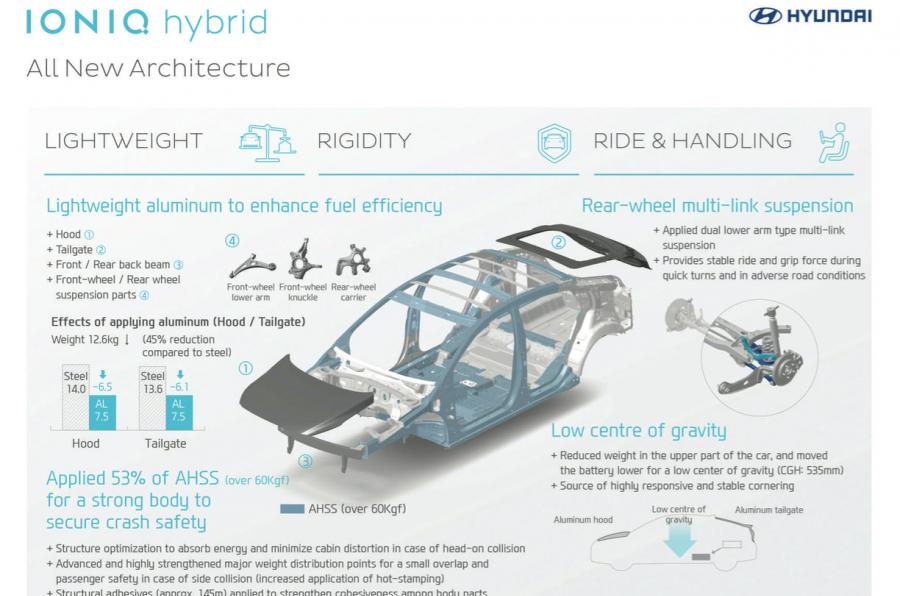 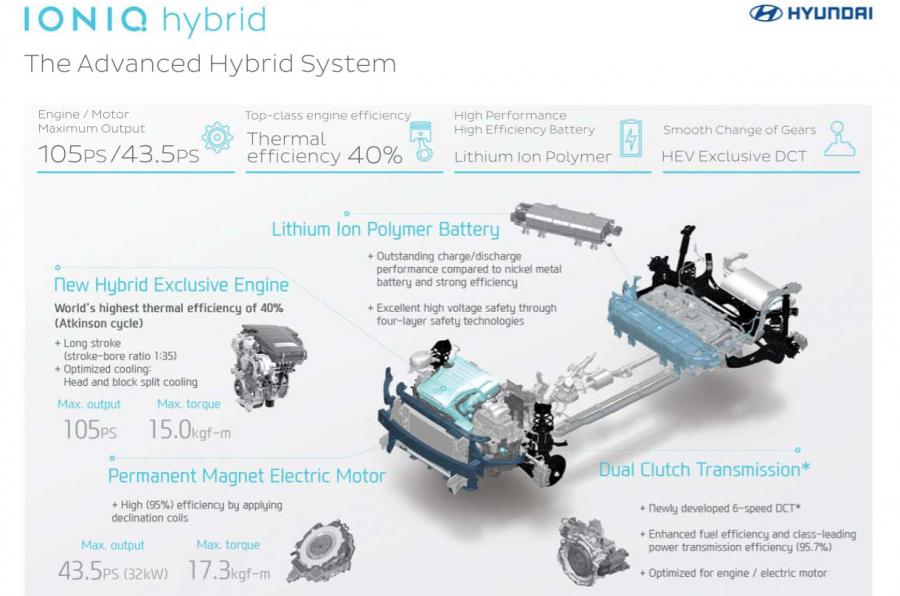 The multi-link suspension does its duties at the rear whilst the batteries have been installed as low as possible to acquire low centre of gravity and therein wnsuring enhanced handling and corner capabilities. The Hyundai Ioniq Hybrid will be powered by a 1.6-litre Kappa GDi four-cylinder petrol engine that develops 104hp and 147Nm of torque alongside a magnet electric motor churning out 43hp and 170Nm of peak torque. The combined maximum power output of 152hp is sent to the wheels through a new six-speed dual-clutch transmission.