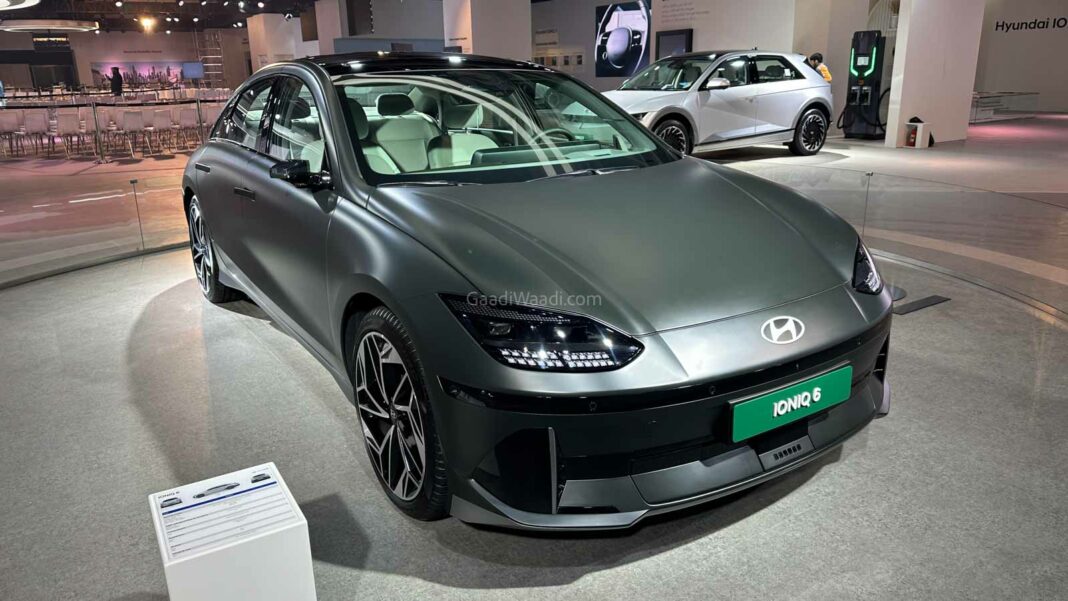 Hyundai Ioniq 6 is equipped with a 77.4 kWh battery pack enabling a driving range of over 610 km on a single charge

Hyundai Motor unveiled the Ioniq 6, an all-electric sedan that rivals Tesla Model 3, in July 2022 and it has been well-received amongst global customers. It has finally made its way to India with a domestic premiere at the 2023 Auto Expo in Greater Noida today. The Ioniq 6 is part of Hyundai’s plan to release more than 31 zero-emission vehicles globally.

The base variant of the Hyundai Ioniq 6 is equipped with a 53 kWh Li-ion battery that powers the rear wheels and the electric motor develops around 218 PS. It is said to have an energy consumption of less than 14 kWh per 100 km in the WLTP cycle, making it one of the most energy-efficient electric vehicles out there on sale.

An upgrade to the larger 77.4 kWh battery pack enables a driving range of over 610 km on a single charge and it has a quicker zero to 100 kmph acceleration time when compared to the Ioniq 5, which has been launched at the same motoring show in India with a competitive price tag of Rs. 44.95 lakh (ex-showroom). The deliveries of the Ioniq 5 will commence soon locally. 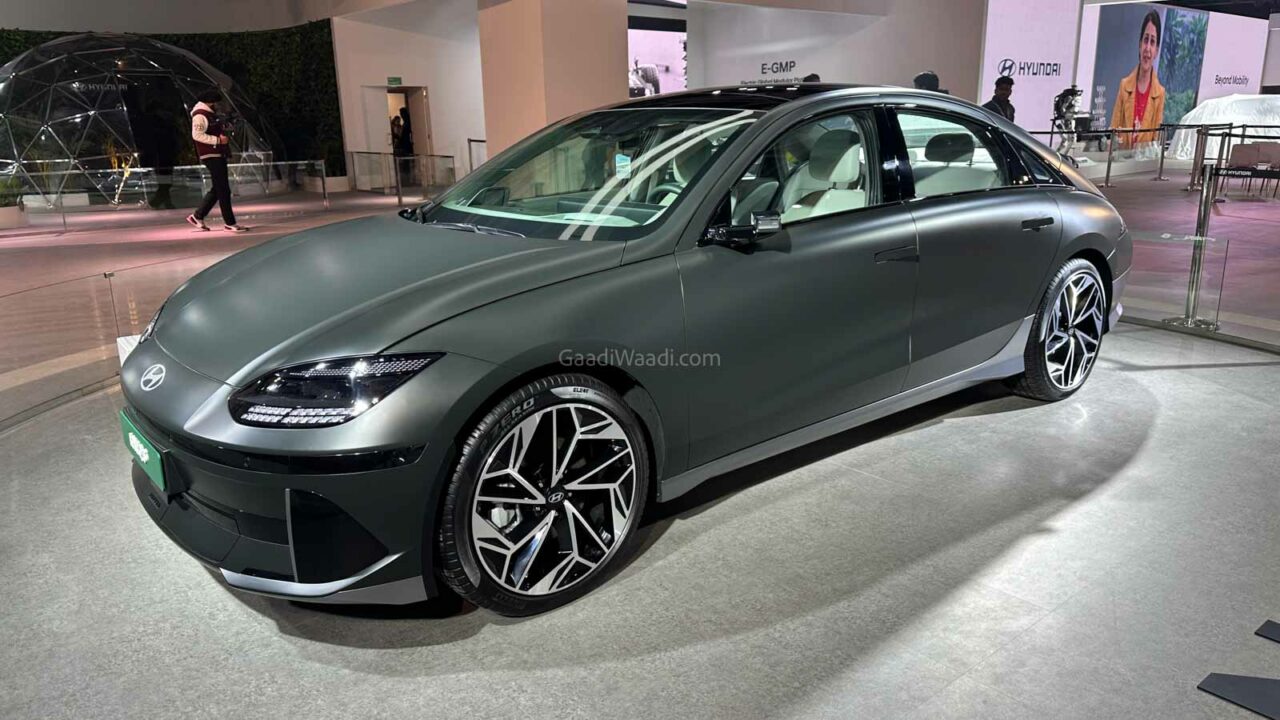 Additionally, the Ioniq 6 features a low drag coefficient and improved overall efficiency, which contribute to its range and performance. The car also offers RWD and AWD options and the dual electric motor setup enables a combined power output of 325 PS and 605 Nm, and an acceleration time of just 5.1 seconds from standstill to 100 kmph.

The performance-based N variant of the Hyundai Ioniq 6 will also be available in the near future. The electric sedan’s cabin comes with a floating display with a 12-inch digital instrument cluster and a 12-inch touchscreen infotainment system with wireless Android Auto and Apple CarPlay connectivity, modern comfort and convenience-based features, advanced driver-assistive systems and charging tech. 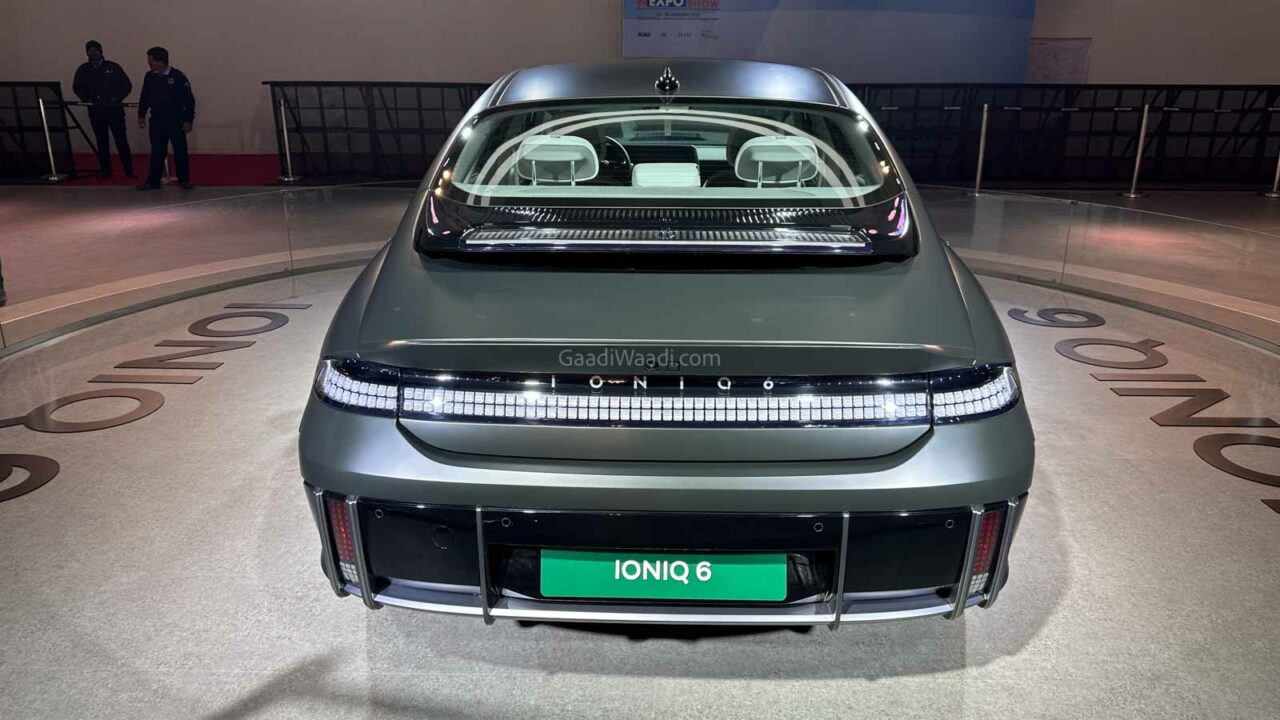 It has the ability to charge up to 80 per cent in just 18 minutes using a 350 kW DC fast charger and supports V2L function. The possibilities of Hyundai introducing the Ioniq 6 in the near future do exist in India as a locally manufactured EV could at least be a couple of years ago.