Hyundai Ioniq 6 will likely be unveiled in its production form in the next few months, and it is expected to have a driving range of over 482 km

Hyundai will soon expand its Ioniq sub-brand with new EV models, and the next arrival will be Ioniq 6. New spy pictures of Hyundai Ioniq 6 have emerged online, and despite being heavily disguised, a few styling elements can be spotted here. While the overall design is inspired by the ‘Prophecy’ concept showcased back in 2020, there are plenty of changes.

While the Hyundai Prophecy concept was a sporty four-door coupe, the upcoming Ioniq 6 will be a sedan with a sloping roofline. The large boot-mounted spoiler has likely been retained, but the taillights are completely different, positioned horizontally rather than vertically. The headlamps are seemingly different too – smaller than on the concept.

Hyundai Ioniq 6 will get the same parametric pixel LED lighting treatment for the headlights and taillights as Ioniq 5. Similar to the latter, Ioniq 6 will be based on Hyundai Motor Group’s E-GMP architecture, and the two are expected to share their battery and motor options. Ioniq 6 will likely be available in both single motor (2WD, 218 PS) and dual motor (AWD, 313 PS) configurations. 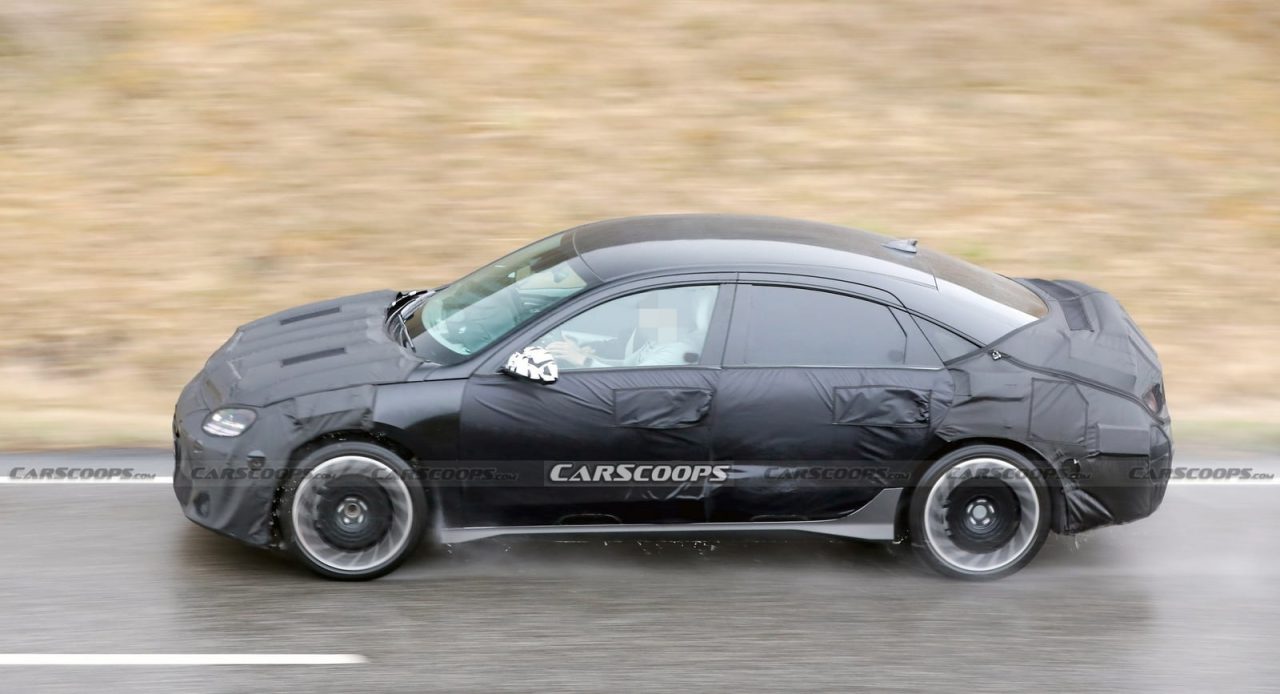 Although the doors are completely hidden in these pictures, reports suggest the door handles will be flush-type units. Hyundai Ioniq 6 will have a driving range upwards of 300 miles (482 km), aided by its aerodynamic design. Also, the South Korean car giant could bring in an ‘N’ performance version of this electric sedan, which would be extremely interesting.

Hyundai Ioniq 6 is expected to be officially unveiled in the coming months, although we don’t have a clear date yet. Following Ioniq 6, the South Korean car giant will introduce Ioniq 7, which will be a 7-seater electric luxury SUV.