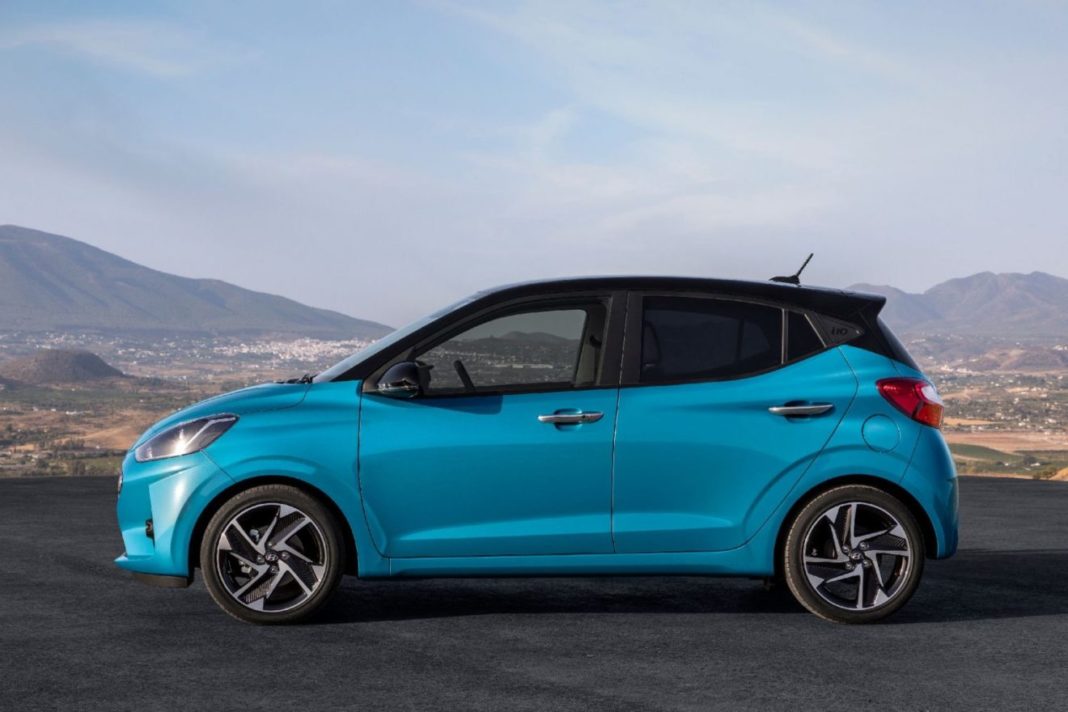 Hyundai will unveil the all-new i10 at the Frankfurt Motorshow and a possible N Line model based on a spy shot.

While Hyundai recently unveiled the all-new Euro-spec i10 ahead of Frankfurt debut, a recent spy image reveals that Hyundai will be offering the i10 N Line at the 2019 Frankfurt Motor Show too. The first-ever Hyundai i10 N Line has been leaked online just a day ahead of the global reveal which is scheduled for tomorrow on September 10, 2019. Both the cars will debut at together at the Frankfurt Motor Show.

The Hyundai i10 N Line is essentially the new-gen i10, which in turn is the Grand i10 Nios which was unveiled for the Indian market just last month and is different than the i10. Speaking for the N Line version, the limited view of the spy picture reveal that the i10 N Line will have a bigger, blacked radiator grille in a unique design. The circular LED DRLs with embedded hexagonal lighting elements from the i10 have been replaced with sportier gill shaped LED strips.

Since this is the only image, one can assume based on the previous N Line models that the i10 will have sporty alloy wheels which are bigger and there’s a dual exhaust system. Also the Hyundai i10 N Line will be similar to its sister model Kia Picanto GT Line. 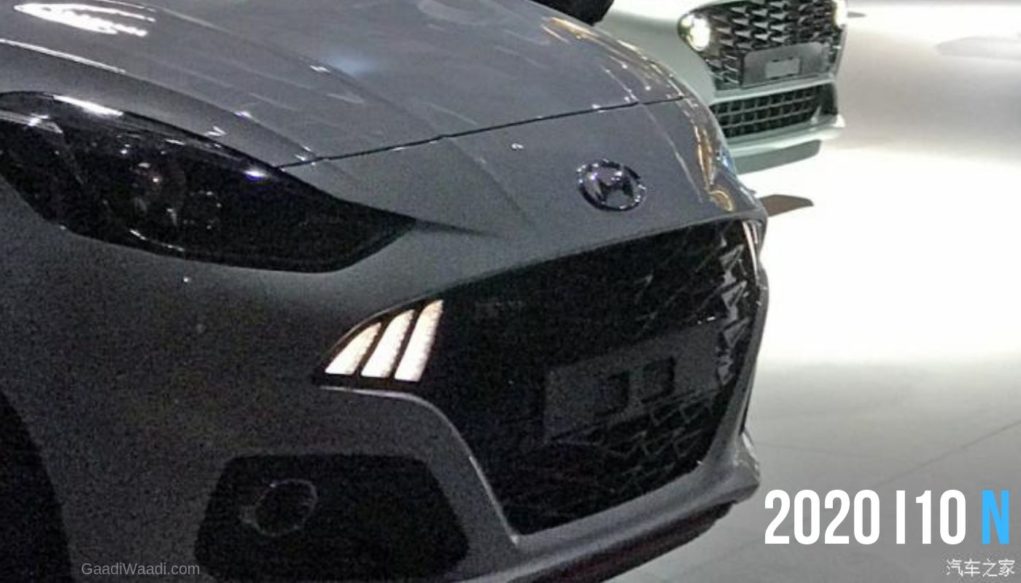 The Hyundai i10 N Line will have a 100 PS/120 PS 1.0L T-GDI petrol engine coupled to a MT or a DCT transmission. It will also have a stiffer suspension setup for better handling and driving dynamics.

The standard Hyundai i10, on the other hand, will be offered with a 1.0-litre MPI three-cylinder engine with 67 bhp and 96 Nm output while the 1.2-litre MPI four-cylinder engine puts out 84 PS and 118 Nm torque.

The transmission choices will include a 5-speed manual and 5-speed automated manual units (like India). These engines will feature Idle Stop and Go (ISG) stop-start system The Hyundai i10 N Line will compete with the Kia Picanto GT Line and VW Up! GTI.