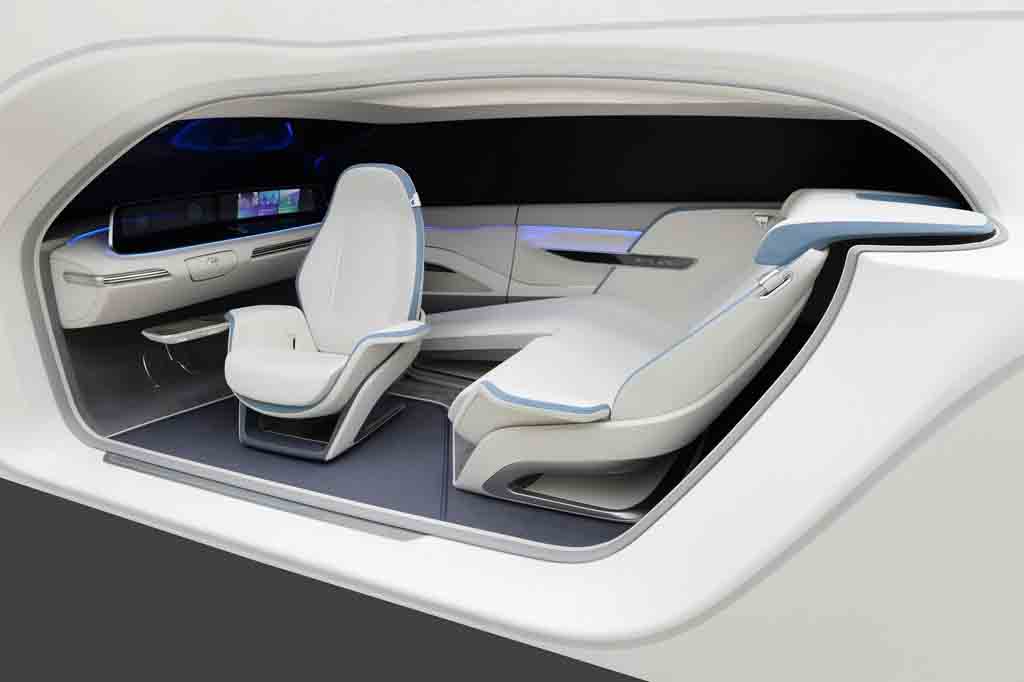 Automakers around the world are constantly working to provide the drivers best possible experience while driving. Apart from delivering the most sophisticated technologies and features, the car manufacturers are also concerned about how to keep the drivers relaxed and safe. It seems that South Korean auto major Hyundai has taken one step further, as it has unveiled the unique and futuristic Healthcare Cockpit concept at CES 2017 in Las Vegas.

The Hyundai Healthcare Cockpit concept tweaks seat, sounds and smells inside the cabin to keep the drivers relaxed by distressing them. Hyundai claims, this ‘well being’ concept will enrich the driver’s in-car experience and help by delivering a positive mental support. This cockpit concept uses biometric sensors to monitor the physical and mental condition of the driver and intervenes when needed. So, what actually the Healthcare Cockpit concept is capable to do? It can automatically adjust the driver’s seat to give him or her more upright position in case the driver feels uncomfortable. It can also give the driver a back massage if he or she feels tired. Hyundai claims, if the system senses an increased heart rate of the driver, it can change the smell or the lighting pattern inside the cabin automatically.

To change driver’s mood the Hyundai Healthcare Cockpit concept can automatically change temperature and music as well. Also, the Korean auto giant has introduced enhanced connectivity to this concept. This makes it easier for the driver to stay in touch with his or her family and friends. At the CES 2017, Hyundai has also unveiled the Ioniq scooter that can be folded and charged by keeping it inside the Ioniq electric car. This means the Ioniq owners can carry and take a scooter ride whenever needed.