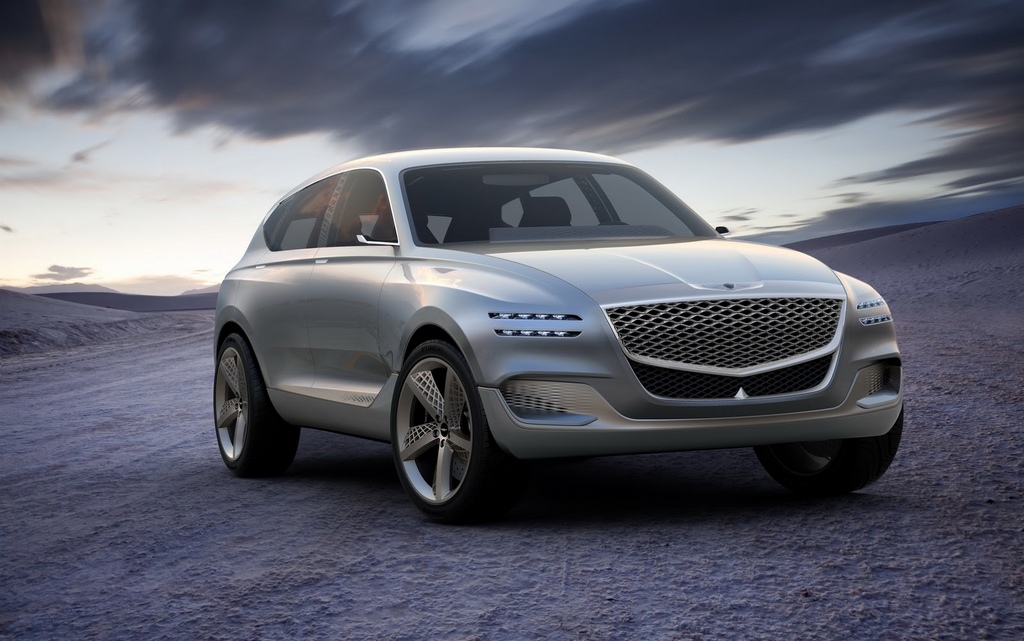 Hyundai is apparently serious about the Genesis luxury sub-brand and has revealed its first SUV called GV80 at the ongoing 2017 New York International Auto Show. The brand new vehicle is powered by a plug-in hydrogen fuel cell technology for greater efficiency and performance.

The GV80 gives Genesis the much needed push into the SUV segment considering the craze in developed markets and being positioned as the high-end luxury product, the concept does preview the design direction we can expect on the production model. 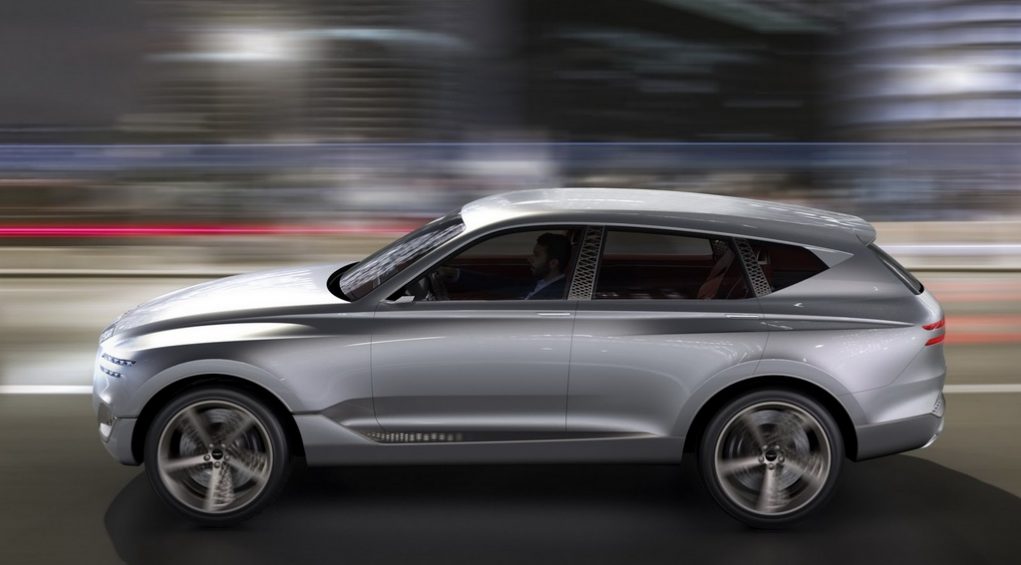 Genesis has stated that the plug-in tech used in the GV80 will also find its way in the lower level models and is a brainchild of years of development Hyundai has put in on the hydrogen fuel cell and its derivatives. Up front, the Genesis GV80 comes equipped with the signature crest grille, wider horizontal quad headlamps with jewel-like appearance and aero-significant front splitter.

On the inside, there is plenty of usage of the ash wood on the dashboard and the floor. The horizontal 22-inch curved OLED infinity display can be separately used by driver as well as co-passenger with two zones – a Human Machine Interface and new multi-function interactive controller with capacitive touch.

Atop the controller is a concave gorilla glass touch pad and knurled metal wheel with handwriting recognition. The polished linear metal inlays also have capacitive touch capabilities with direct access to Navigation, Entertainment, Communication and Environment. 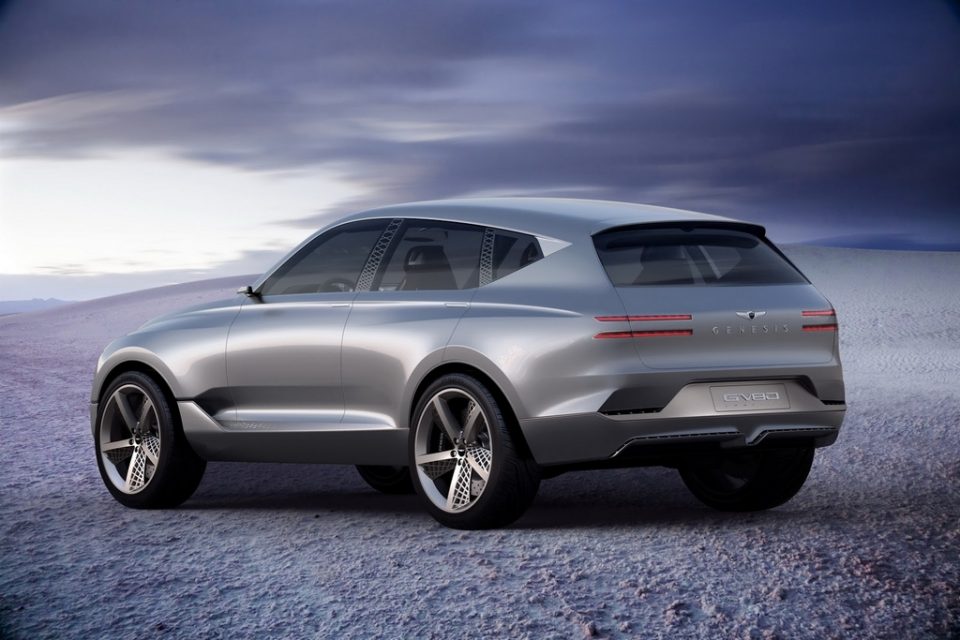 Genesis used semi-aniline leather with quilted diamond stitching on the door panels, seat inserts and center console. The South Korean luxury automaker has not revealed any information about the powertrain’s performance or efficiency but it is expected to have a complex mix of electric and fuel cell technology.