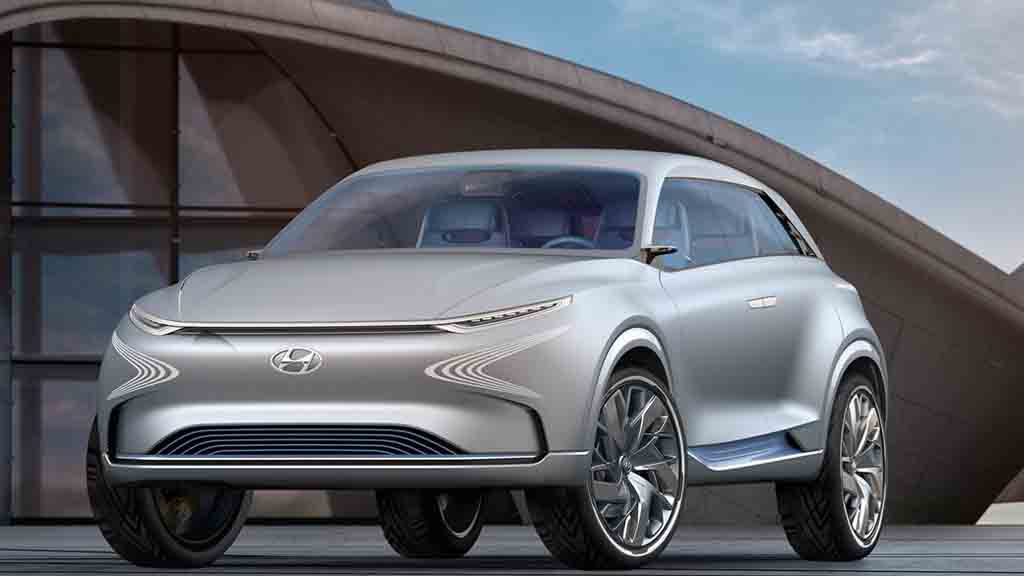 Hyundai FE Fuel Cell concept has its design inspired by nature and water; claims to run upto 800 km without refilling

South Korean auto giant Hyundai has showcased the FE Fuel Cell concept at the Geneva Motor Show. This car previews one of the 14 environment-friendly models, the brand is preparing to introduce by 2020. The FE stands for the Future Eco, clearly indicating its eco-friendly characteristics. The Hyundai FE Fuel Cell follows the ix35 Fuel Cell model, which is also known as the Creta Fuel Cell in some markets.

According to the automaker, the Hyundai FE Fuel Cell is inspired by nature and water. It runs on hydrogen fuel cell powertrain and claimed to be capable of running 800 km without any refilling. Also, the powertrain in this concept is more developed and improved than the existing ix35 Fuel Cell. The brand claims that the new concept model’s powertrain is 20% lighter and 10% efficient compared to ix35 Fuel Cell. 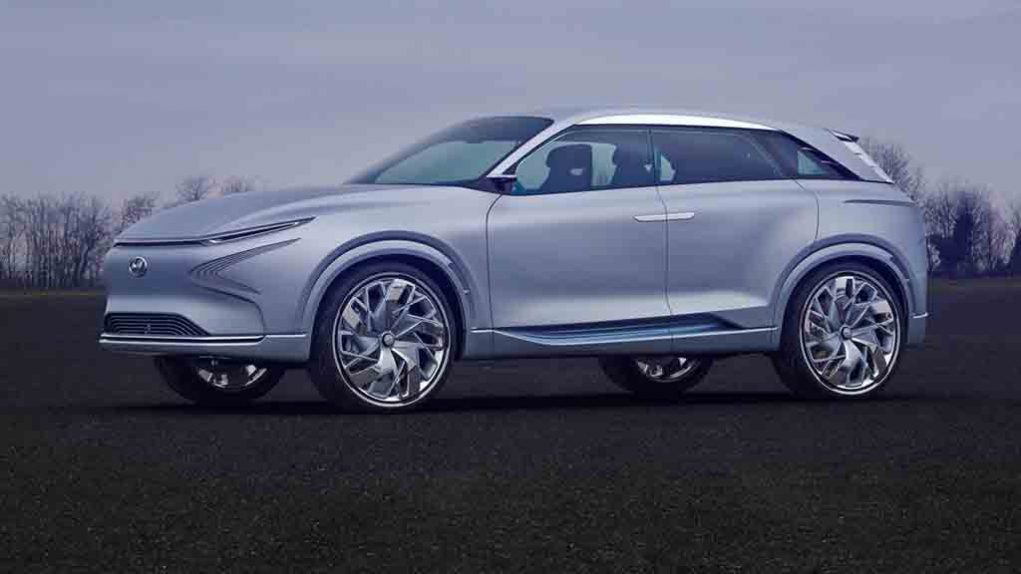 In terms of design, the concept appears with a futuristic appearance with the flowing lines and LED touch at headlamps and taillights. The front fascia doesn’t come with a conventional radiator grille, but the inspiration from the new-generation Hyundai models is clearly visible. The large sporty alloy wheels, bluish trim at the lower side body, wide glass area enhance the appeal further.

The production SUV from this concept would come with a floating roof design. At the side profile, the concept looks very much similar to the Creta Fuel Cell. The rear too looks eye-catching with roof spoiler and unique design taillights. 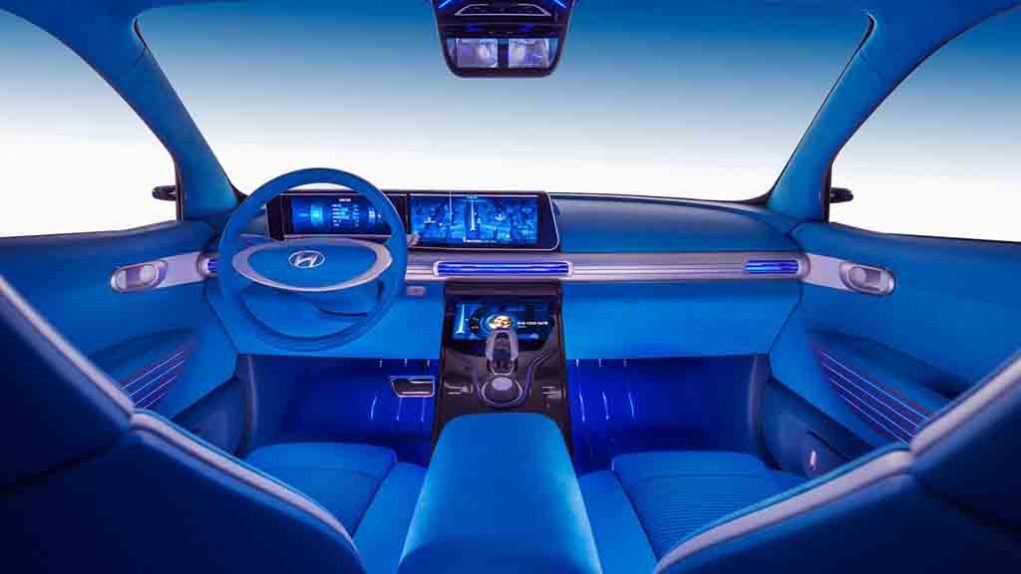 Interior of the Hyundai FE Fuel Cell concept gets a bluish touch, indicating towards the vehicle’s environment friendly character. The production model spawn out of this concept will get an upmarket touch. It would carry some futuristic touch through the large digital display up front working as instrument cluster and infotainment system.

The hydrogen fuel cell powertrain technology is not every automaker’s favourite, but few brands like Hyundai has made it clear that it will continue developing cars powered by the fuel cell tech.