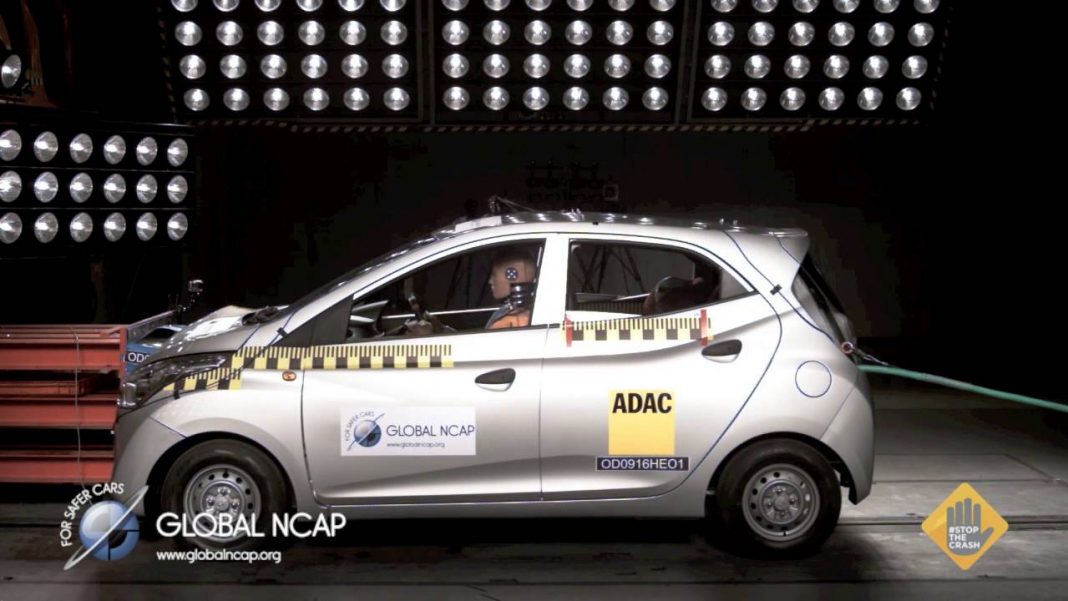 Maruti Suzuki Celerio base variants are LXi on petrol front and LDi on diesel front. These variants don’t get any airbags, front seatbelt pretensioners, ABS or ISOFIX. The base variant of the Hyundai Eon D-Lite also comes without these safety features. On the adult safety front both the cars scored zero star rating. While on the child safety front the Hyundai Eon scored 20.42 points out of 49 which means the car received two star rating for child safety. On the other hand the Maruti Suzuki Celerio received 11.53 points on the child safety front, which means single star. Both the cars come with unstable structures.

The lack of basic safety features clearly indicates the poor situation of in car safety in India. Being one the country with a large number of deaths every year due to road accidents, India deserves better safety for the cars. With this objective Global NCAP started a campaign called #SaferCarsforIndia, under which crash tests on seven India specific cars were performed. Apart from the Hyundai Eon and Maruti Suzuki Celerio, Global NCAP performed crash tests on Maruti Suzuki Eeco and two very popular models Renault Kwid and Mahindra Scorpio. All these cars received zero stars on adult safety front.

In India safety norms are not strict like the European and American safety norms. Now India is gradually increasing the safety norms for the cars of the country. The Indian government has already announced that a crash test regulation for the existing models in the country will come into effect in 2019, while the new cars have to come complying the new safety regulations from 2017. Indian government has also proposed Bharat New Vehicle Safety Assessment Program (BNVSAP) as the new car assessment program for India specific cars.