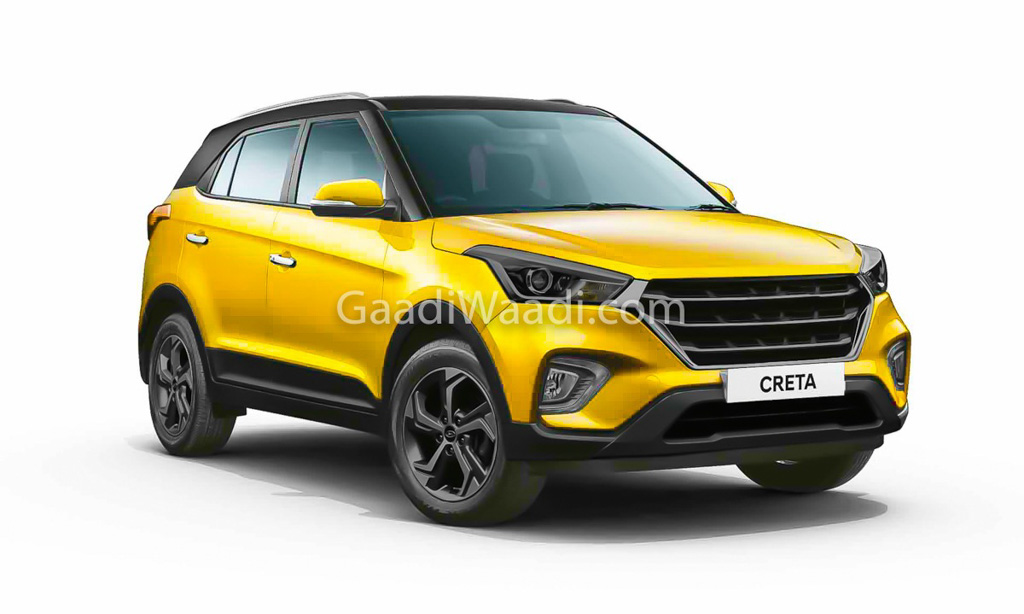 This is the rendering of the existing model with smoked headlamp cluster, black alloy wheels and blackened front grille with horizontal slats without Hyundai logo

Hyundai Motor India Limited (HMIL) introduced the Creta back in July 2015 and in its over three years of presence in the market, the compact premium SUV would have clocked sales close to 3,50,000 units. Just in 2018, the SUV has averaged more than 10,000 units monthly and it hasn’t shown any signs of slowing down either despite the segment becoming tighter than ever.

Here we have showed you rendering of the existing model in a different shade with sporty smoked headlamp cluster, matte black alloy wheels, black painted front skid plate, and blackened front grille with horizontal slats without Hyundai logo. The side skirts, roof panel and pillar are also finished in black as opposed to the contrast yellow paint applied onto the body giving a dual-tone appearance and we like its appeal very much.

Customising a Creta you own like this will need you shelling out a few thousand bucks for painting elements like alloys, cladding, grille, pillars and roof in black colour. Moreover, dark glass film will have to be applied to the front grille, headlamps and fog lamps for the distinguished smoked appearance.

In other news, the success of Hyundai Creta is so much that the segment is facing new entrant very often. For instance, Nissan and Tata are bringing in Kicks and Harrier respectively next month while Kia’s SP concept based SUV is also expected to be a big threat for Creta when it goes on sale in the second half of next year.

Hyundai is not backing away too as a brand new generation of Creta is in the works for debut by the end of this decade. The next generation Creta will become more premium than the existing model to appeal for the increased expectancy of the customers as well as meeting the requirements in a segment above where it is positioned now. 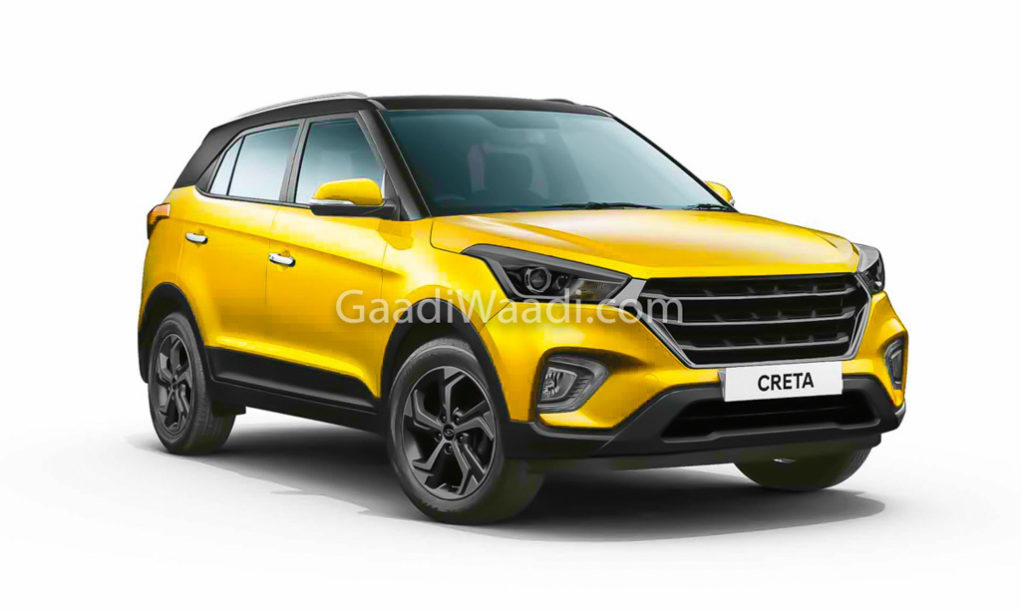 Consequently, the SUV will have bigger proportions and is expected to offer a roomier cabin for occupants while accommodating an extra row of seats. The upcoming Creta will have a seven-seat configuration to compete against Jeep Compass, Mahindra XUV500 and Tata’s Harrier based H7X. It will have a more upmarket stance and equipment to lock horns with the new competitors.

The Tucson, currently rivalling Jeep Compass, will also move up a segment with a comprehensive makeover in its next iteration supposedly. With the segment becoming too demanding, Hyundai appears to be playing its cards well to make the second generation Creta equally as big a success story as the model it replaces.