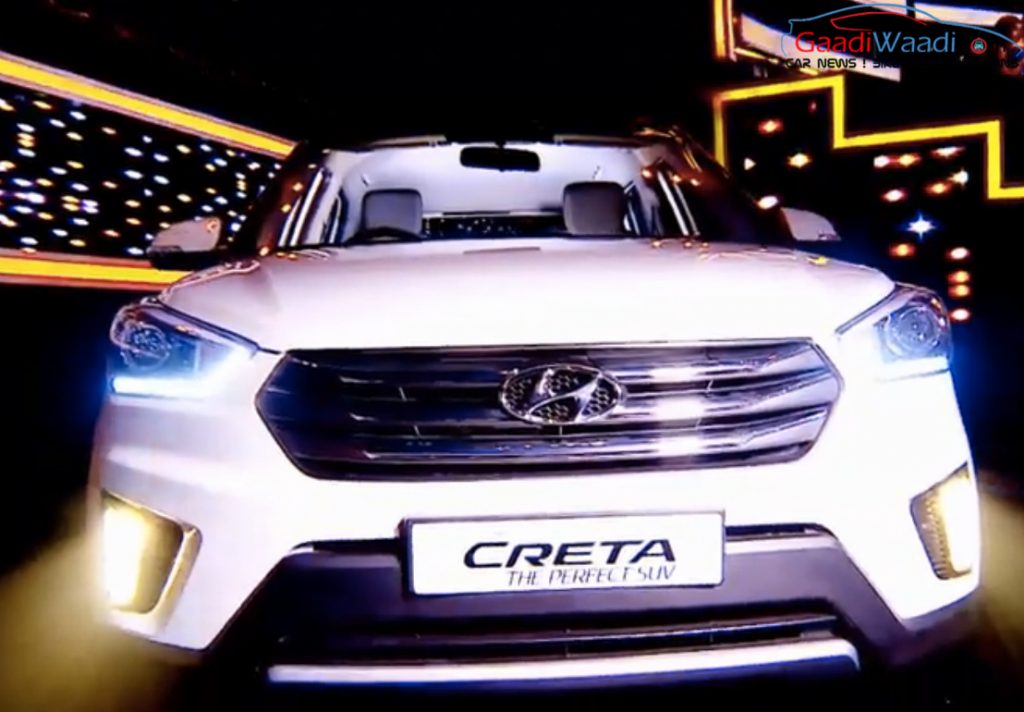 Hyundai Creta gets three new variants; they are E+ MT, S+ AT and Anniversary Edition alongside an exterior colour option

Hyundai Creta is the second best selling SUV in India at present, right next to the Maruti Suzuki Vitara Brezza. The car has just completed one year post launch, and the popularity is still rising. Now the South Korean aut giant has introduced three new variants to the popular model. These are E+ MT, S+ AT and the SX+ based Anniversary Edition. The car also features an all black dashboard and black seats with red accents, 7 inch touchscreen infotainment system inside the cabin. Power source for the car is a 1.6 litre CRDi diesel engine mated to a 6 speed manual gearbox. Also read: Hyundai Creta Spotted in Brazil Ahead of Launch in November

The newly launched E+ or Executive variant comes with a 1.6 litre petrol engine mated to a manual transmission. At exterior it gets electrically adjustable ORVMs with integrated LED turn indicators, roof rail. On the feature front it gets 5 inch touchscreen infotainment system, rear AC vents. To add more appeal to the Creta Hyundai has also introduced a 6 speed automatic transmission to the S+ variant. It is powered by a 1.6 litre CRDi VGT engine. Not only these, but the Hyundai Creta also comes in a new exterior colour option; Earthy Brown. The colour is available across all the variants of the car. On the pricing front the E+ MT is priced at Rs. 9,99,900, the S+ gets a price tag of Rs. 13,58,697.